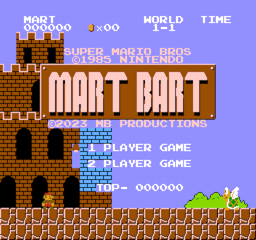 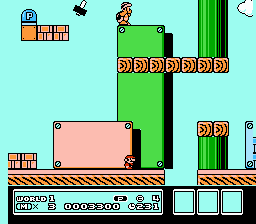 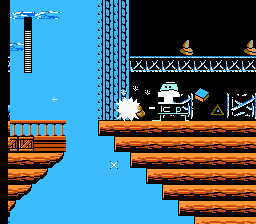 Mystic Ark is a universe of mysterious doors, a huge multi-scenario RPG by Enix, that story-wise is not connected to The 7th Saga. Although a few of its features and characters have been carried over from the preceeding game, any reference that depicts this work as The 7th Saga-II is erronious. If such localization nomenclature were to be followed, Mystic Ark would more appropriately be called The 8th Saga. Nevertheless, our English patch will leave this game as Mystic Ark.

The tale centers around a single fighter who is captured by an unknown force, turned into a wooden Figurine, and whisked away to a spooky back chamber of a palace-like mansion that has only recently materialized on a desert island. When he or she is awakened by a eerie voice, the fighter encounters many other Figurines throughout the premises, some of which are fellow combatants who must be freed from this curse in order to be reanimated and fight at the hero’s side. In searching for their homes, everyone must confront a number of powerful adversaries along the way that seem determined not to relinquish any of the seven Arks that not only harbor special powers, but hold the keys to opening new doors to other worlds.

Hero Remeer or Heroine Ferris, whoever a player chooses to become at the start of gameplay - with an option to choose a new name up to 8-letters long - will explore the whole remote island chain and eight strange worlds before confronting the truth about the perpetrator that is turning almost everthing that exists into Figurines. For the most part, each world stands as a self-contained quest, much like the chapters of Dragon Quest-IV, and each new scenario appears stranger than the one that preceeded it. In the end, the hero must confront an unlikely villain in a situation that seems to defy rationality!

Mystic Ark is not an average RPG. It plays old school, but it’s much deeper than “A hero goes off to save the world” plot. The main character may have no defined background, but its safe to assume the author intended it that way. In literature, this phenomenon is called the “everyman character” which means Remeer could be any male, Ferris could be any female. The desired effect is to have a player assume the main character’s role.

Each world in Mystic Ark is so varied, a player winds up learning new concepts and growing in character, Of course, this happens to the main character in the game as well, as the story inveigles us to ponder our own virtues and ask questions such as, “Who are we? Do we have what it takes to be truly good people? Just how much does our own darkness rule us? Are we ready to change our world for the better?”

So take the plunge and find your own answers as you enjoy this fine masterpiece that is Mystic Ark.

The page for Mystic Ark that used to be at Transcore never got updated, and when the site reopened in January, the page was mysteriously gone. I’d say that the translation is dead, hm? This patch translates (and expands!) most of the menus, and also translates a few sentences from the intro.

By the way, quoting yourself in your readme? Bad form, man.