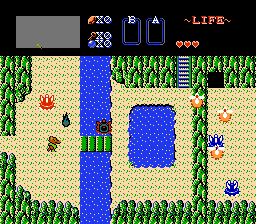 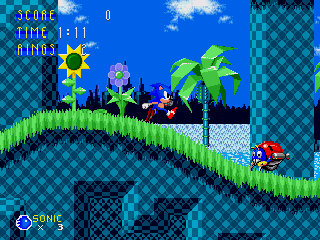 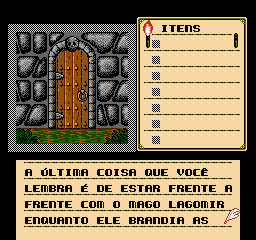 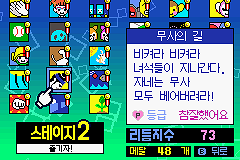 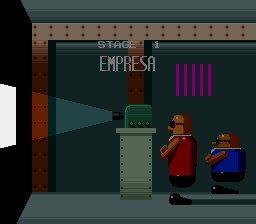 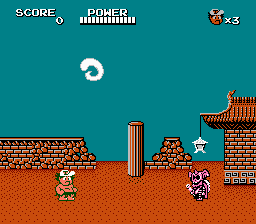 The Legend of Zelda: A Link to the Islands

A few irreparable problems that popped up during development are documented in the readme included in the zip file. These problems do not affect gameplay and the game can be completed normally.

Unlike Parallel Worlds and Goddess of Wisdom, both of which are notorious for their unforgiving difficulty levels, A Link to the Islands is a game that’s fair to everyone. There are no super tricks, stunts, or logic (i.e. masked objects, bomb jumping), while still having a decent level of difficulty. Though, some backtracking may be required at times. Still, you won’t ever have to use save states. You will not be frustrated while playing.

Update 1/5/2021: A review pointed out three rooms with bridges in the forest dungeon (Level 4) where it was possible to go out of bounds because there are unintentional openings in the lower level under the bridges. This has been fixed. I also added an in-game hint on what to do if there are no switches or levers to blow up an exploding wall.

Update 1/13/2021: I disabled the MSU-1 introductory video to fix a critical bug involving the L&R item switch ASM feature. This bug would occur when playing with MSU-1 and starting a new file, and the screen would glitch out if the player tried to use the shoulder buttons to switch items (this bug would go away with the player saving & quitting).

Update 1/31/2021: A buggy staircase in the Ice Palace that I apparently overlooked has now been fixed.

The MSU-1 soundpack for A Link to the Islands can be downloaded here: https://1drv.ms/u/s!Ai3idpRXoXu17Xpmwxg5frUy8Q0k?e=uBKn8R

I remember when Darklink7884 decided to pick this game up in 2015 when it was “Lyra Islands” with a Wind Waker like touch by SePH. I also remember seeing little snippet’s of work he did of this on his channel from time to time. So to see he finally got this done and out of the way and waiting for him to tidy up a few bugs he missed I thought it was time for me to try this out for myself

First I’d like to mention is the music mix up is great touch up. not the same as your original ALTTP music but fits well also with the custom Minish Cap Link sprite he added to this. Most of the game overworld is pretty much the same as Vanilla, but with a couple extra island like aspects you can go and explore. It was nice though how he added extra texts to the NPC’s so I wasn’t lost on where to go like other ALTTP ROMs had where I had to run around until I just stumbled across a new area, also helped with finding extra items I needed to help me with in later dungeons

Adding a text box to the dungeons was another nice touch. Some of the dungeons are quite challenging and nicely custom made and with added puzzles, makes you second guess things, some also had a bit to much back-tracking involved into them though (I can see Parallel Worlds & Goddess of Wisdom inspired most of these dungeons) Ice Palace & Turtle Rock were horrid, at least it made note for you to come prepared with Blue medicine or else you were indeed to suffer

Seeing though not much of the overworld map changed until later sections of the game can throw some people off, but the dungeons and extra mini cave/dungeons really redeemed itself with this mode This took me just over 5 hours to beat with just Crystals to collect and no Dark World added, This did have some of the Wind Waker aspect I was looking for, and it was great to see this in a ALTTP rom, We will never know what SePH had in store for us with this ROM when he decided not to proceed with it, but Darklink did a great job in my eyes of bringing back something from the dead and giving it life for some of us to enjoy

PS: Royal Crypt had a nice call back to Parallel Worlds Saria’s Garden but more sadistic in this. and Forest Maze were my favorite dungeons