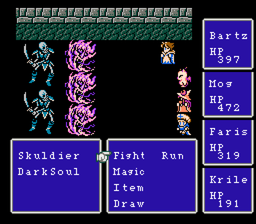 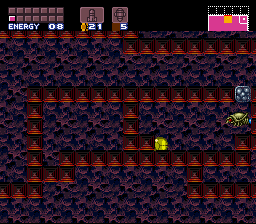 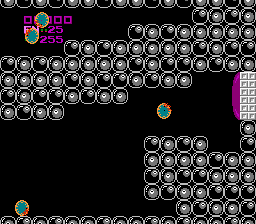 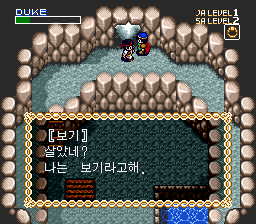 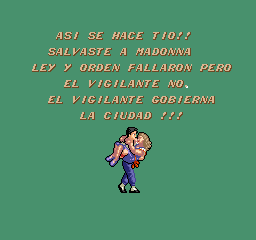 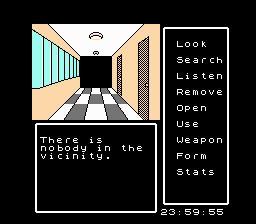 This is a hack of the US version of Mega Man 2. It changes the graphics and level designs of levels.

This Does Not Do Justice For The Blue Bomber !

This was a painful ROM hack that fails capture the spirit of Mega Man.

Instead of well thought out challenges, this hack makes it a living hell to get through. Whether it be poorly placed enemies, endless amounts of artificial challenge involving spikes and pitfalls, or a lack of theme, this is a horrendous game.

The sad thing is that some things I did see potential. I really liked the aesthetics of Metal Man’s stage, but it’s ruined by spamming those drill enemies over pits and artificially large jumps. Heat Man was the worst - Yoku Blocks with some of the most asininely painful timings I’ve ever seen. Bubble Man is just one glorified Kaizu spike corridor.

Flash Man’s stage is OK. It’s still got some crappy enemy placements over pits and some awkward jumps, but this was one of the more acceptable stages. At least it had focus on more good platforming than awkward enemy positions. I might even say it pars with the original, but that wasn’t very good to start with.

Crash Man’s stage looked promising at the start, with some good platforming. But it got bad quickly with awkward Met placements, awkward jumps, Pipi’s that appear point blank and knock you down 4 or 5 screens into spikes and a lack of a theme make it a despicable level.

Quick Man is not as bad as I might have expected. There’s not actually a lot of lasers, and they only appear in one room ! However, it’s still not a good stage. Poor enemy placements, poor repetitive rooms and the lights-out section is awful due to not seeing pits while in the dark. At least the original didn’t have this glaring problem.

Air Man’s stage is “hide everything behind the cloud” gimmick over pits. I hate it. Wasn’t a bad start with the Cloud Demon enemies, but a Pipi appeared at the end to knock me off into pits. The rest is an annoying corridor of the Fan Fiends and Pippi’s over pits. Awful design.

But, Wood Man’s stage was what I wanted. A normal length stage with some decent platforming. It’s not as good as the original, but it’s a godsend to all other stages. There’s no BS leaps of faith over spikes or pits, and enemy placement is mostly good. Sometimes you’ll walk right into an enemy, though, but it’s much less present here than other stages. Good job, Woodman !

Boss fights have been rearranged in layout into awful designs. Most are pits or spike filled floors that fail to mesh with the bosses. They become horrendous to fight. Especially Heat Man. High contact damage robot master over a floor filled with pits and contact will push you into the pits.

Wily 1 is not good. While it has a bit more going on than the original, it has tons of leaps over pits with Fan Fiends hidden of the corner. Some bad enemy placements on some rooms.

Wily 2 is just as awful if not worse than the original. While it has some more things like more crushers and platforming, it’s still awful. Those spring enemies will keep pushing you into pits and some crushers are downright impossible to pass without Flash Stopper. The Pico-Pico-kun at the end is awful.

Wily 3 is the WORST, MAN ! It’s one horrendous stage full of cramped jumps over instant kills and spikes placed awfully low, plus enemies firing from out of nowhere. It’s the worst stage ever made, making Bubble Man’s stage look easy. Guts Tank is immune to the buster, and getting into it’s face with Leaf Shielf is not a good weakness.

Wily 4 is crap. Bad invisible block challenges, troll elevators into spikes, empty corridors and Joe placements with no space to avoid. Oh, and how about BOOBEAM TRAP, one of the worst bosses ever made ? Make it pitch black, with a pit and an EXTREMELY BAD use of ITEM-3 and hidden spikes on top, plus a full bar of crash bomber ? THIS IS NOT GOOD GAME DESIGN !!!!

Wily 5 is just a bad robot master rematch. Robot masters deal far too much contact damage. Wily is immune to all weapons but Bubble Lead, which is awkward as you have to avoid touching the cockpit which INSTANTLY kills you. It’s a bad fight.

Wily 6 is just some mediocre platforming, plus one irritating jump. Alien Wily is immune to all weapons but Crash Bombs. It’s ok, but it hardly saves the game.

Overall, it’s a Kaizo Mega Man game. If you are a masochist, you still won’t enjoy this.

I would strongly not recommend this rom hack. It’s way too unbalanced and is essentially just bad platforming over pits and spikes.