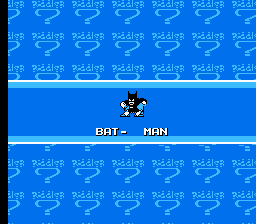 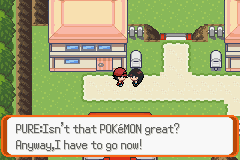 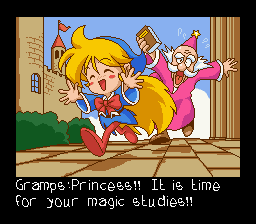 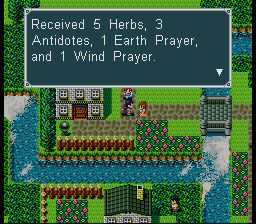 Nick and Will, reading late at night, suddenly find themselves transported to a land of magic. As outsiders, only they can help Walter the Wizard regain his powers and defeat the sly Dragon. Charged with finding the Magic Cards which can repair Magic Land, Nick and Will adventure through forests, volcanoes and even space in pursuit of the Dragon.

First, to get it out of the way: the art and spritework is well done. There are some instances where you can tell it wasn’t a professional job, but for the most part, this wasn’t a rush job and the author clearly has some experience with the NES hardware. There’s nothing quantifiably wrong with this hack. But it’s when we dive into the real-life context behind the hack where I have some concerns.

The hack author’s motive for removing the McDonalds references seems to be removing product placement for a major multi-billion dollar corporate entity. To me, this just seems silly and hypocritical. You might as well make the characters in Chex Quest or Pepsiman generic because they represent gigantic conglomerates otherwise. Why stop there? Let’s change games like Castle of Illusion or even Super Mario Bros itself because they star the mascots of evil corporate entities. What exactly is the cutoff point for what’s “shilling” and what isn’t? What kind of corporate-sponsored media makes someone cringe to the point where they want to cut it all out, and what doesn’t?

Just like any other cartoon or cereal box mascot, I grew up with the McDonalds cast. Like it or not, characters like Grimace and Hamburglar are pop-culture icons. Without the novelty of the McDonalds theme, this would be just another average Mario 3 ripoff for the NES. At least when Ronald shows up with his “magic bag”, you have something to giggle to yourself about. And besides, I happen to like McDonalds. Sure, they might be overpriced and the very far opposite end of what counts as “good food”, but I still stop by for an egg mcmuffin every once in a while. Is Mickie Dee’s evil? Sure, every multi-billion dollar globalizing business is to some extent. But it’s not like I’m going to lose sleep playing a good game that happens to have their name on it.

So when it comes to recommending this to all but the most dedicated haters of the golden arches, I would have to say “no”, and ask them what exactly their priorities are when it comes to fighting the evils of capitalism.