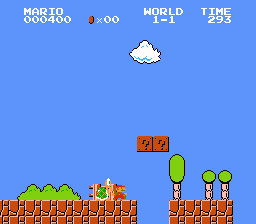 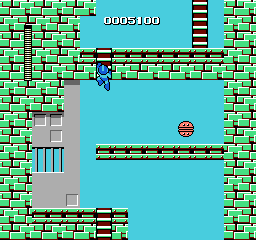 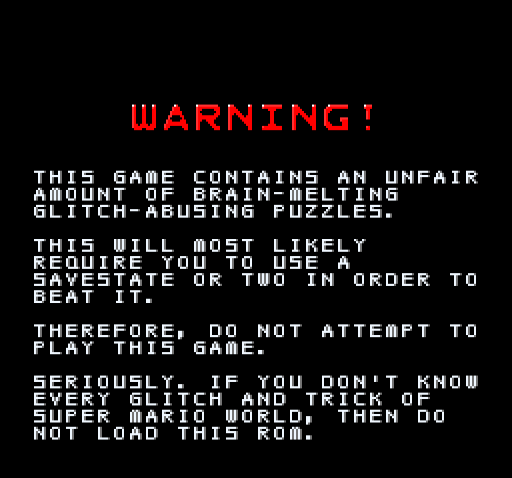 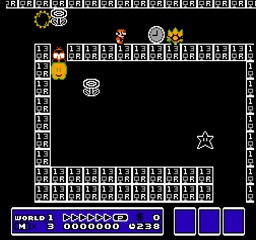 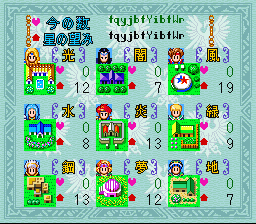 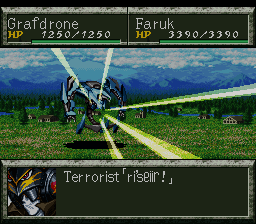 The hack came out in my opinion one of the best. One of the best, but unfortunately not the perfect hack. Why is that? We need to look at its pros and cons. But first I want to say that the hack does not show the story, but immediately begins with the Title screen. It is redrawn in the Japanese Manner. In what sense? The name of the game is in Japanese, and the name in small letters is in English. And this is normal. And now we will definitely move on…

(+)1. Screen with Boss icons - Robomasters. They are very high quality repaint. I was surprised how much more “evil” they look now.

2. Graphics. Taken from different games or other games in the Megaman series. But, having picked up the graphics qualitatively, despite the fact that from other games - we have achieved very interesting backgrounds, graphics of “platforms” and others. It seems to be one. And that’s good (Although at the level of “Air Man”- for some reason, the graphics are entirely from MM9 Hornet man, Doesn’t really fit in, I thought)

3. Enemies. Completely new! And unlike their originals - some have their own, different AI. And Two enemy is a clean carbon copy from Mario’s enemy. We can say that this is a kind of “mix” created.

4. Levels. Everything is built correctly and in a way: “complicated”. For each level is some kind of test in which you have to learn it from A to Z. And how to study it, I will tell you in one of the other advantages.

5. Bosses. Everyone has a different AI, and some have even become stronger in terms of AI.

6. Abilities. Each ability - now feels different. Much more interesting than the originals. Thanks to them, you can study not only the weaknesses of bosses, but also simplify the game, in the literal sense of the word. If you want something more complicated, you can use a Blaster. And who wants to fully study the hack - the ability to help you. I will not describe how they work, because you must study them yourself, but I will give you a hint. She will be at the next point.

7. ITEMs. Completely redesigned. Now there are not platforms, but something else. And they are open from the beginning of the game.

And now a hint. Bird Beat and Bubble man Ability - can be saved from embezzlement by clicking on the “select” button. Who there said that it is spent without the ability to save something… Review and re-learn the hack.

8. New features in the hack:

9. How I forgot about her. The MUSIC is beautifully written. It is very, very pleasant to listen to it. It even seems sometimes that it goes beyond “NES” in sound. Here you will find familiar compositions or even favorite ones. One of them is in the boss theme: “Rockman and Forte - theme Robomasters Battle” - and it is very atmospheric, 1 to 1 sound.

10. The e-tank does not disappear after losing a life. In the original, you lost all of them, no matter how much you accumulated. And here: you can continue with them and accumulate

Now, the hardest part is giving cons to the hack. THERE ARE TWO OF THEM.

1. One of the enemies - spoils the impression of the hack. Car-Drill - if you do not notice it in time and do not jump - you will fly far away. And if there is a pit nearby, then the loss of life is guaranteed in the hack.

2. The last boss regenerates TOO QUICKLY. Found a weak spot in the boss, as I said two, but too fast regeneration - our work is zero. This is either a turbo joystick to take, or calluses your fingers to win. (I hope this will be corrected…)

If it were not for these two disadvantages, I would put forward this: “Аs perfect in every sense of the word.” But I can’t. It’s just beautiful, that’s all. Someone will have difficult bosses. I agree. Not all bosses are destroyed by a Blaster, but this hack is designed for learning, and not just “pass in one move and go into oblivion”. This is how it is remembered And you want to pass it again and again.

The longest review I’ve had. I will finish with this: “I Recommend it to everyone for the game and for passing. This hack, as well as other best hacks, show how complex and beautiful the work of developers (or ROM hackers) can be. Appreciate it”

This is a review on 1.2. This version is more modified,and there are pros and cons. Let’s break it down.

1.The hack has become much simpler and has lost its edge. But honestly, it has become more simple, like MM5.

2. The graphics have not changed, but the structure of the levels has become easier. New enemies from other parts of the Megamаn and EVEN FAN GAMES have been introduced.

3. New abilities. THEY ARE COMPLETELY NEW, but there is a problem with them. Ability of 3 robomasters -Broken. They are too cheater. This is very bad.

4. New ITEMs. Redesigned Eddie (ITEM 1), which now gives out either a bank of Lives, or a bank of Energy Abilities. It is fully replenished to the full. ITEM 2 - now very cheater. If you have activated it, you can walk in any direction, without obstacles… Unless you can’t get through the walls. ITEM 3 - Self-destruct. If you choose self-destruct , all the Energy of your abilities will be replenished. Nothing has changed here.

5.Robomaster Icons and the bosses themselves. Now there are ONLY NEW ROBOMASTERS (or rather, from the original games about Megaman). The robomasters themselves have DIFFERENT patterns of behavior, completely different from the original bosses. New behavior and interesting. Just like the ALL - NEW BOSSES at Wily Castle. The first Boss refers to the Castle of Mr. X, but he has a more cunning behavior and interesting moves. The second Boss is now the Devil from MM9. The patterns are different, tricky and a bit unpredictable. This is an interesting boss, although I don’t like one feature of all Devils. (Their division into many blocks). The Third Boss is just Humor. A reference to Pokemon, the boss stands still, only shoots from afar. There are two of them, but they are honest. The Fourth Boss is a reference to Another universe about Megaman (Megaman.exe). This Boss is Cunning, fast, and arrogant. Take tactics: “Stay awake and do the right thing”. The fifth part is again BOSS RUSH in the style of Megaman and BASS. Nightmare, I don’t like this style. But what saves you is that you are replenished with health in the next room. After the BOSS RUSH - There is a sharp transition to the reference to the fan game “Rockman 2 NETA”. EIGHT BOSSES FROM Megaman 2, but the benefit is that they have one health bar. THE FINAL BOSS is already there… Oh my God, like in the later parts of the Megamans, THE THREE FORMS OF BOSS WILY. First Phase: Wily Machine - original attacks, interesting and challenging, but fun. Phase Two: Wily Capsule. New attacks, tricky, a little unpredictable, fun. Phase Three: HERE’S THE JOKE AGAIN. Our Wily Got Drunk On “RED BULL” Energy. HE begins to act MANUALLY, without mechanisms. Manually. Fast as a bullet, but if you remember his movements, it will be a little easier. Interesting and clever. Three different attacks.

Easily due to weaknesses, the peppercorn in the hack that was in 1.0 has disappeared. But for those who like it easier - this is for you. I do not recommend it to everyone, but I will not say that it is bad either. The hack is good, but has lost its edge. My poor eyes, due to the fact that the screen blinks when switching to another screen on the stairs.