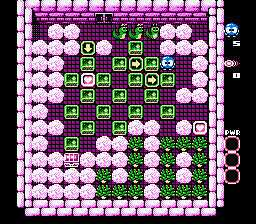 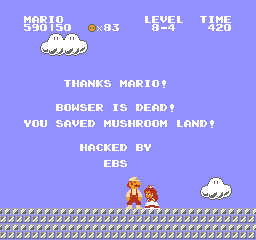 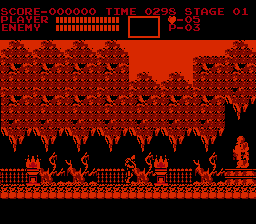 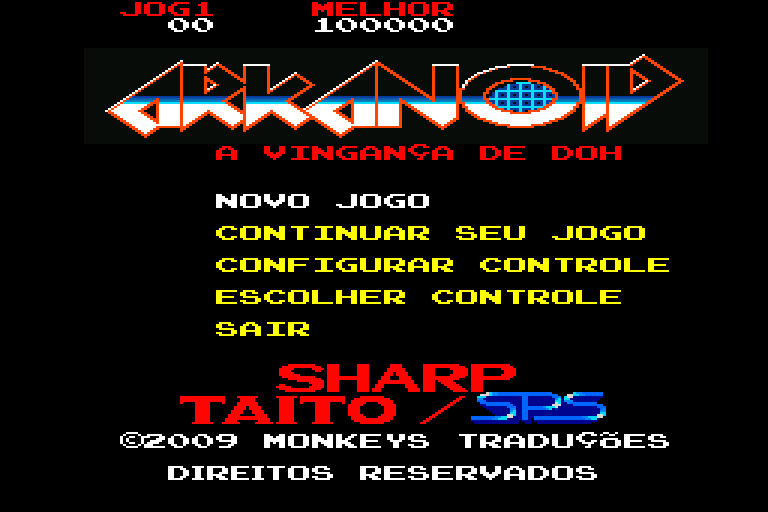 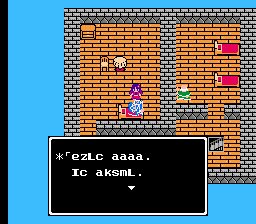 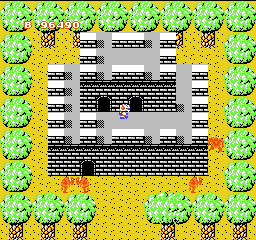 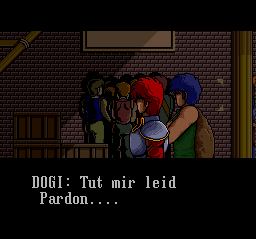 Dragon Quest: Delocalized is a project aimed at giving English speakers the opportunity to play a version of the original Dragon Quest that looks and reads like the Japanese Famicom version, while retaining key improvements from the North American release.

The script has been entirely retranslated in a contemporary English style that matches that of the Famicom version. Work was initially based on a translation document by x_loto. Over several stages of improvement, the script has been thoroughly revised in collaboration with nejimakipiyo and Masafumi Sato. The authors believe that the resulting script is more accurate than any other English translation, while still conveying fluid, natural language.

In the standard version of Dragon Quest: Delocalized, all NPCs have been reverted to their native front-facing Japanese sprites with matching palettes. The hero has been given additional sets of custom animation frames to allow him to walk in four directions. Optional patches are now included for those who want to experience the retranslation with traditional North American graphics.

The definitive edition of “Dragon Warrior” for the NES

Where to begin? I have so much to say about this patch. Are you like me? Have you been a diehard Dragon Warrior/Dragon Quest fan since the days of the NES, and hold a soft spot in your heart after all these years for the original NES versions over the GBC/SFC/DS/iOS remakes? Not a fan of the accents, silly “Ye old days of old” speech, and censorship? Prefer the Japanese lingo over the localized translations of names and places? Like “Puff Puff” in your DQ games?Then this patch is for you! This is basically the game we would have gotten had Nintendo of America not had such strict and stupid censorship policies and took forever to localize the game as well. Original Famicom Sprites are restored. (For those who didn’t know the sprites received an overhaul when the game was released in the USA to try and catch up to current graphical standards of that time.) You really can’t get more of an authentic Japanese experience but directly translated with superb accuracy than this patch. The spell names have been tweaked as well, but fear not. While they are more aligned with the original Japanese version, you can still figure out what spell does what with ease. Think of it like Final Fantasy’s system of (Fire, Fira, & Firaga). Now I realize the sprite changes could potentially be a little off putting to some, especially if you were really used to the original dragon warrior sprites but I ask you to give it a chance. The original sprites have their charm and the creator of this patch improved the hero sprite by enabling it to move in all 4 directions as opposed to always being forward facing like the Japanese version was. Crosses and references to God are restored as well as coffins (coffins only for subsequent games after this one). I really just can’t say enough good about this patch and the project to delocalize all the DQ games that Chicken Knife has started. He’s doing Rubiss’ work.