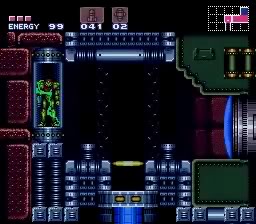 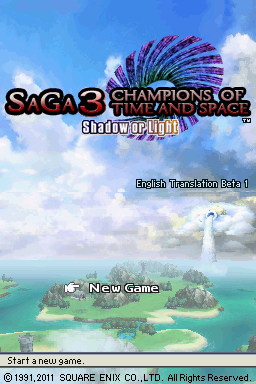 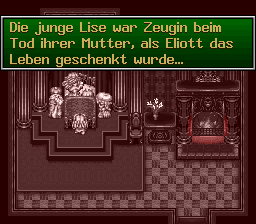 Glory of Heracles IV is an interesting blend of Greek mythology, Pandora’s Box, and the quest for eternal life. Although Heracles is in the title and the game, he is not the principle character. The game is actually the story about some other characters, with Heracles as a secondary intertwined quest. The game resembles Dragon Quest on the surface, but goes much deeper in gameplay and story. There is also a seed planting system, blacksmith system, diary, myth guide, and bestiary.

The most notable gameplay feature is the body system. You can acquire and inhabit 100 different bodies throughout the game. This allows the player to choose an avatar for an otherwise mute hero. Each body has its own backstory, set of levels, strengths and weaknesses, and unique skills for battle. In some instances you may even act out new scenes by becoming a resident of town and experiencing their circumstances from their perspective. Think of the bodies as playable NPCs.

The main plot follows the player, his friend Plato, and Epipha from the mythical city of Atlantis. Their fine professor has been researching possibilities of ever lasting life. Soon after the game begins, an event happens that transcends life as they know it. You will encounter life, death, Pandora’s Box, Heracles, and even the gods themselves! You must unravel the mystery of what happened. You must help Heracles in his quest too. You will travel by boat, saba, submarine, and even on the legendary Pegasus! You will journey to the underworld, under the sea, and even to the heavens above! It is a good tale to be had for the 16-bit era! The Glory of Heracles awaits you!

Nightcrawler’s Translation Corporation has released this 100% complete English translation. The script translation was done by nanashi whom also did the translation for Glory of Heracles III.

The hacking work for this translation employs VWF (aka proportional font) throughout all dialog and menus. Over 200 menus underwent 8×8 VWF conversions pushing the boundaries of what was possible to do with the game. The result is full uncompromised dialog, and sliding menus looking like those from future generation consoles.

The archive includes several patching options. There are both IPS and xdelta traditional patches, as well as a custom patching option for novices. The custom patcher will ensure the right ROM is used and intelligently apply the patch to headered or unheadered ROMs.

Clearly this project was done by people who’ve been around honing their skills for a long time. So I don’t have to hold back in any criticism.

Title graphics. Blends in and feels professional. It’s the first eye catcher you want to see. And get.

Asm. Looks impossible enough. A huge chunk of data always seems to get thrown around. It’s not just for sake of getting the script in; this finished work demands that you care about how others see you. You understand it better when you play the unaltered game and examine the engine details more. Really incredible that maybe somehow? even more could be done (*minor boss slowdowns). But what is there now is already more than any hacker would ever attempt in history. And if someone tried, it definitely would not look as good or convincing.

Script. This is the fun part. Everyone comes through with a personality or speech tweak. For an emotional story, translator hits a home run not falling into textbook boring. Or over-localizing and losing some of its effect. Even minor npcs can ding you, or open up some slightly longer moments of thought and pause. I’d have to believe that background research was done because it’s one of the most organic enjoyable fan translation scripts I’ve went through. Was not a chore or job reading through everything; I enjoyed it and wanted what’s next. Absolutely nothing felt cut out.

I really doubt some other fan project could retranslate / addendum this one to a higher plane of existence.

Aside from very minor updates (1 text bug), you can store this work as-is into the Museum of RHDN hacks for many post-generations.