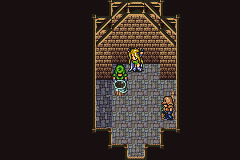 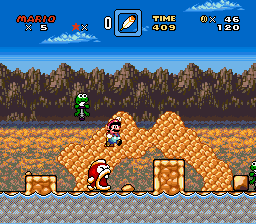 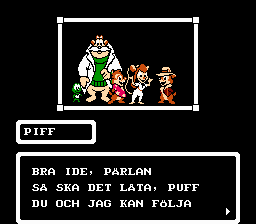 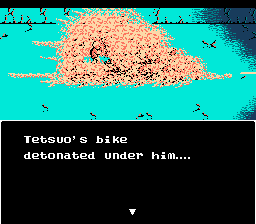 Let’s get nostalgic to a new hack of my first hack F-ZERO for SNES. All 15 courses have been changed to more difficult courses!

Yup, it's hard...for the wrong reasons.

…and that’s because of three major flaws :

First of all : The circuits. I rarely use the Super Jet boosts. Most track designs are too tight and there’s a lot of corners throughout the 15 circuits. It encourages the player to hold the brake button more often than going very fast. While that may seem okay for testing your F-Zero skills in Practice mode, those awkward track designs make the Grand Prix races nearly unplayable, even on the lowest difficulties. Because, guess what? After the first lap, the brown ships will block your way sooner or later, and you won’t be able to avoid them!

Then : most of the obstacles are badly placed. Even if you have very impressive F-Zero skills, it’s almost impossible to finish a single lap without getting a single hit. Placing a line of bombs in the middle of a corner, and putting magnets all over the place don’t equal good design. And don’t get me started about the few boost pads put before the corners.

And the cherry on top of the sundae is that awful glitch : sometimes, the game thinks you drive in reverse, even if it’s not the case and you’re actually driving the right way. I smell the “lack of bug-testing” here… And this isn’t just a silly little oversight. No. During my playthrough of all cups on Standard difficulty, this glitch happened to me thirteen times. THIRTEEN! How can someone say this hack has some good design when there’s a glitch that occurs randomly (and pretty often) that makes the player lose the race?!

If you want to create a Romhack harder than the original game the hack is based on, fine. But don’t make it as cruel and unforgiving as a Kaizo Mario hack, and glitchy as Big Rigs. Difficult and tough should NOT equal cheap and annoying.

Play “BS F-Zero Grand Prix 2″ on Satellaview if you want some kind of harder version of the original F-Zero that doesn’t rely on poorly-designed tracks and awkward obstacle placement.