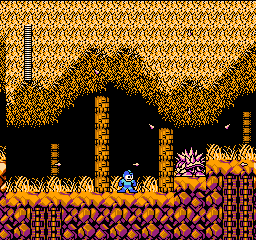 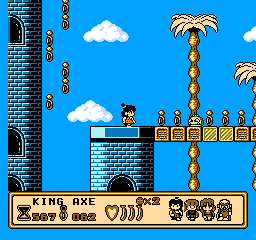 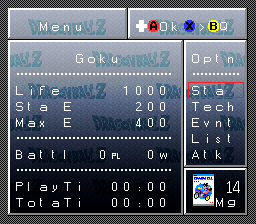 This is a 2 player hack for the NES version of Tetris. In order to accomplish this, the ROM was converted from MMC1 to MMC3. The PRG was expanded to have 2 additional PRG banks.

Also, a custom bankswap routine was added since no bankswap was present in the original ROM. The following features were added:

The archive also includes a .sav file for those who own a powerpak for the NES.

First thing’s first: it’s a internet-known thing at this point that Nintendo R&D1 had a two-player mode for Nintendo’s NES Tetris in development, but that they never completed their work on it. The final, retail-released game is one-player-only, although the very rough, unfinished 2P mode is accessible via a Game Genie code. There are no settings, no different graphics for this mode (sprites just appear on top of the 1P mode in very messy fashion), player 2 has no separate score or separate “next” block.

This hack basically “completes” that 2-player mode in a mostly polished, official-looking manner. 2-player mode has its own functional menu and settings, its own set of background graphics, a separate set of high scores for two-player mode. High scores are permanently saved to an SRAM battery now! Aside from the tacked-on “ZERO” on the title screen, the game resetting after a 2P game instead of announcing who won, and the somewhat confusing “ORIGINAL SCORES - A BUTTON” score erase prompt on the settings screen, the whole thing looks for all the world like a complete Nintendo-made product with a new major feature that wasn’t really there before in the official release.

Now, the bad news. This hack does achieve parity with the “2 Player Competitive” mode from the Tengen NES Tetris release, in that two players can play Tetris simultaneously with separate, functional scores, but like the 2 Player Competitive mode in the Tengen Tetris, what it DOESN’T do, is allow players to send garbage block attacks to mess with their competitor as you can in Nintendo’s Game Boy Tetris and most 2+ player versions of Tetris since. Curiously enough, garbage blocks *were* a part of the unfinished 2-player mode buried in the official release, so I presume that in Infidelity polishing the 2-player mode, something about the garbage blocks must just not have worked glitch-free enough to merit inclusion.

So if you’re looking for the end-all, be-all 2-player Tetris on the NES platform with garbage block attacks, then the Japan-only Tetris 2 + Bombliss (not related to the Tetris 2 that the rest of the world received) or maaaybe the LJ65 homebrew may still be your only choices.