This Legend of Zelda spin-off was released in 2009 for the Nintendo DS. While Tingle’s previous game, Freshly-Picked Tingle’s Rosy Rupeeland, was released in Europe (and thus translated into 5 languages including English), Tingle’s Balloon Trip of Love has remained exclusive to Japan.

Team Tingle set out to fix this in 2012. Now, after 5 years of work, the English translation patch for Ripened Tingle’s Balloon Trip of Love is finally available. Tingle’s final adventure can now be experienced by English-speaking audiences everywhere!

After all, who could ever hate Tingle? 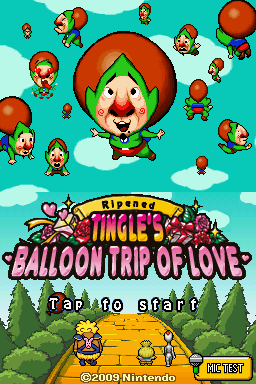