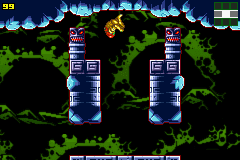 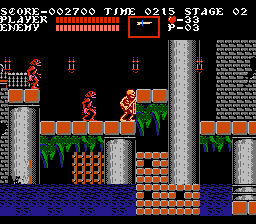 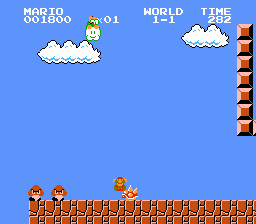 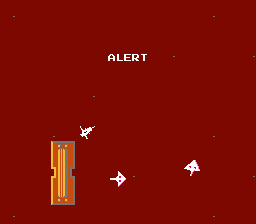 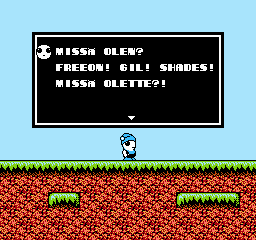 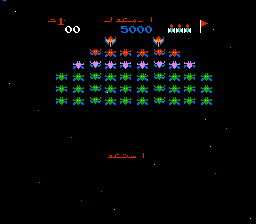 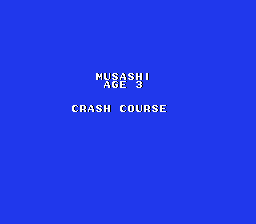 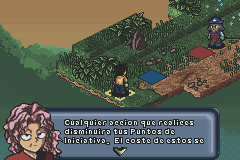 This was a show piece for the Louisville Arcade Expo. Writer/Artist Ricky Henry wanted something to draw crowds in for his comic/manga work Monster Management Security Bureau of Cincinnati.

This is a two player cooperative game. The objective is to rack up as many points as possible - which also means both players surviving as long as possible. RESET will reset game. SELECT will toggle between 3 difficulty levels: NORMAL, HARD and MANIAC. Each players FIRE button will launch a laser. Once a salvo has been launched no additional lasers can be fired from your ship. Lasers will damage and pass through enemies. Each player has a shield bar at the bottom left (player 1) and right (player 2) side of the screen. If too much damage is taken from collisions with enemies or fire then the player will be forced to land. Landing reduces the cities morale (topmost status bar). If morale drops to zero the game is over. At certain periods during the game a boss will appear shooting fireballs. Once the boss is defeated gameplay will resume at a higher difficulty level.

SPACE PICKLE The leader of the fleet. Will strafe the players while occasionally attempting to ram them. Launches fireballs and warps around the screen. When hit teleports to a new location.