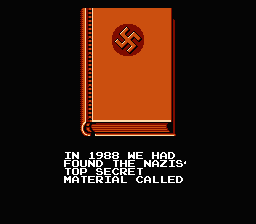 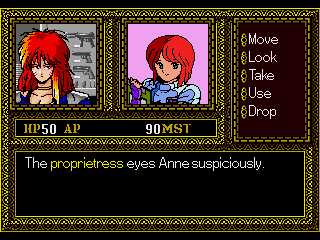 With five new cutscenes, revised graphics and twenty-eight enemy characters (instead of four), this hack is an impressive expansion of the original.

What’s up, doc? You’d be crazy to miss this new release of the classic Kemco NES game.

Our hero Bugs Bunny needs your help on a daring quest to rescue his main squeeze, Lola Bunny, who’s been caught in the clutches of the despicable Witch Hazel. You’ll meet twenty-eight Looney Tunes characters along the way. And watch out - those rascals are right on your cotton tail. It’s an all-star cast. You never know who you’ll run into in the Crazy Castle!

Hop through sixty stages, collecting carrots and other items. It’s a crazy chase up creaking stairs, through doorways, and up and down pipes. Collect a boxing glove to throw a rabbit-punch, or knock your enemies out with crates, heavy safes, water buckets, bombs and ten-ton weights. Grab a Magic Potion for temporary invincibility. You might even shrink down to take on smaller enemies. Don’t let anything stop you - once you’ve collected every carrot, you’ve won!

And if that’s not enough for you, the hack is compatible with bonus level packs which will beef the game up with hundreds of extra stages. If you’re fast enough and clever enough, you’ll win every stage and have Bugs and Lola hopping happily together again. On with the show, this is it!