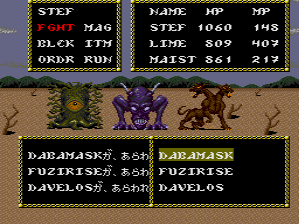 Bowser is back again, more powerful than times ago: He was able to find a parallel Dimension and build up a big airship fleet in there because he plans a huge attack on Mario’s World. He also kidnapped the Princess one time more! A new incredible challenge for Mario and Yoshi!

All the levels from the original are completely changed and are much harder than the original game. This hack was one of the first complete SMW-hacks. However, besides new level design, it doesn’t feature anything outstanding compared with newer SMW-hacks from other SMW-hackers. No new music, no new overworld, no new graphics, no ASM-hacking, no custom blocks or whatever. But this is still considered to be one of the best Super Mario World hacks none the less. So if you want to play a new Mario game with great new levels, this hack is what you are looking for. But be warned: this hack is on a very high difficulty level and I’m sure a lot of the later levels aren’t beatable if you don’t use savestates! If you don’t really like to use savestates (becauses it’s like cheating), download the SNES-version instead! It’s still hard, but beatable without savestates for sure. Have Fun!

For a remake that includes updated visuals, a new soundtrack, and more, check out The Second Reality Project Reloaded.