« on: August 12, 2021, 11:53:03 pm »
I'm currently trying to replace Napalm Man's theme with Skull Man's theme as I'm theming Napalm Man's stage after Skull Man's, however I can't figure out how to import into MM5 properly. I found out where the music data is for both songs by using FCEUX's Code/Data Logger, then I copied the music data from MM4 and then pasted it over Napalm Man's music data on a fresh MM5 copy, but the song was beyond broken (it switches over to Gyro Man's theme after a few seconds and is missing a ton of notes). I figure that this is because I didn't change the Square 1/Square 2/Triangle/Noise pointers, but I've been messing with those settings for a while and haven't gotten anywhere (I even tried to copy the pointers from the original Skull Man music data with no luck).
2

Looking pretty cool. I like it. Hopefully it's with the 2.3 version i just got uploaded yesterday - Not 2.22, otherwise it would force a restart, due to the fact that i re-wrote parts of the level data format. (multi paths, new slippery ice block type, boss door data)

« on: July 27, 2021, 06:59:10 pm »
Hello everyone! I've decided to rebuild this hack on Kuja Killer's MM3 Improvement, and as I already considering on completely redoing two stages I had anyway, having to start over hasn't been a big deal. 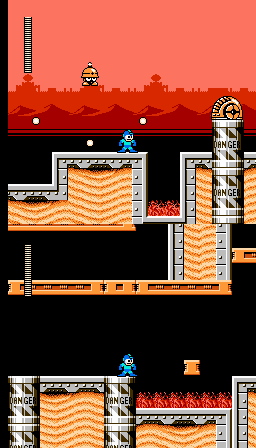 And also, while these were taken in the old version of the hack (I'll be re-implementing them), here's two new Doc Robots (kinda); Doc Bomb and Doc Skull: 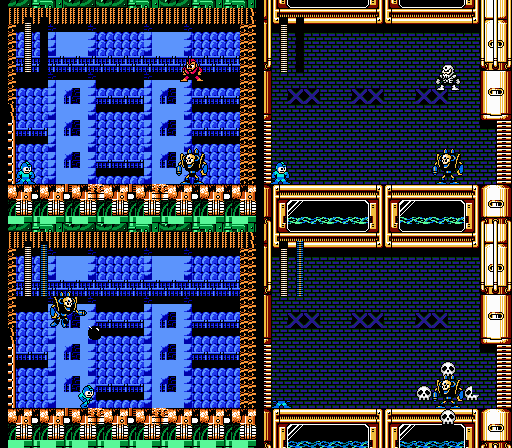 The main reason I say kinda, is because they're pretty much just reskins of Doc Crash and Doc Wood respectively (although I did change their AI slightly to somewhat mimic their original MM1 and MM4 fights, Doc Bomb's Bombs explode instantly upon hitting any surface, and Doc Skull doesn't create the falling leaves).

I hope it turns out well.

I just have to ask if i may - any intrest in using Megaman 3 improvement before you get too far into your hack ?? (if you get too much done, then mm3 improve will be less and less compatible, or not work out at all)

I'm planning to submit a version 2.3 to romhacking.net soon in a few days.

Thanks! And I'll consider using MM3 improvement as a base.
5

« on: July 21, 2021, 09:11:03 pm »
Greetings! This is my first full-length Mega Man hack (my previous MM hack was simply a boss rush version of MM2). So far, only Top Man and Needle Man's stages are finished. I'm planning on this hack to have changed boss AI, and possibly songs ported from MM4-6 (since they share the same sound engine as MM3 from what I've read, although, while a found a document showing where the music data for MM3 is, I can't find a document that shows where the location for the music data is for MM4-6, nor can I seem to find a method to find them myself, so if someone can help me out with this then send me a message. Thanks.) 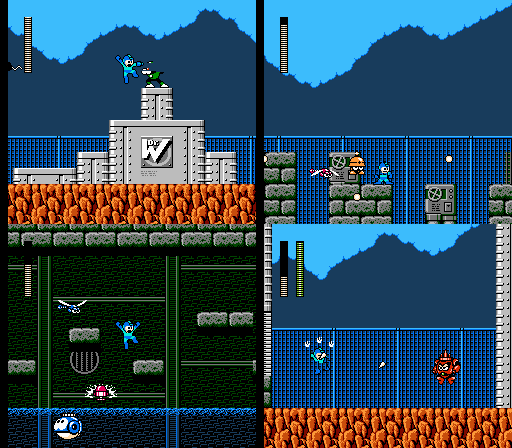 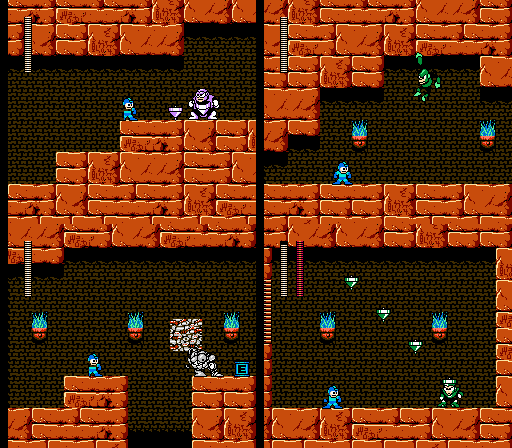 « on: December 25, 2019, 06:29:30 pm »
Hello. I've been hacking SMB1 for a bit and I've gotten the hang of it. Although, I'm working on a hack that uses SMB3 Graphics, and because I'm using the checkerboard ground from the title screen/castles as the ground graphics. I'm wondering if it's possible to add a custom top tile to the ground object. Thanks in advance if you can answer this.
Pages: [1]