Megami Tensei II is basically finished at this point, but will need to go undergo a few rounds of testing before release.

I will also be releasing a translation for a small GB game in the next few weeks. All the text is translated and basically hacked, but there are a bunch of graphics that need to be replaced, which will probably take some time.

I guess most of 2021 will be spent finishing old projects and bug fixing/updating released translations. My goal is to basically clear up more of my backlog of translations. Projects would include games such as:

Plus other small and random stuff I've tinkered with in the past.

VWF is nothing out of place for NES titles.
Toruzz did a VWF for Link's Awakening DX, so it's not out of the question to have a VWF on an 8bit game
For a more proper example, there's a translation for Romancia that did VWF on NES:
https://www.romhacking.net/forum/index.php?topic=6252.0

So it's not a farfetched idea for an NES game to have VWF.
That's why I said making a RAM dump could probably give us the patched ROM with all the changes already applied.

The Switch release doesn't use a hacked ROM for the translation. It's probably translated through emulator trickery.

While it's true that the NES can do a VWF, not all games come equipped with the necessary hardware ie VRAM to display one. Fire Emblem does not have VRAM, so a VWF is impossible.

Gaming Discussion / Re: Help with GB Heracles no Eikou

« on: December 01, 2020, 04:16:01 pm »
Someone else reported this issue to me a while back. I can only assume that I moved data around in WRAM and that it broke key items in hard saves. Unless the Everdrive emulation is faulty, it's a translation bug.
4

Gaming Discussion / Re: Help with GB Heracles no Eikou

Apparently you lose your key items on a hard save. I know it sucks, but a fix is not currently in the works. I'll get to it eventually, unless anyone wants to fix it for me.
5

Gaming Discussion / Re: SaGa Frontier is back!! 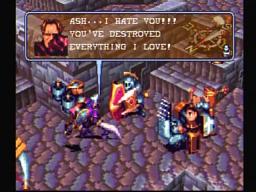 And just for comparison's sake. 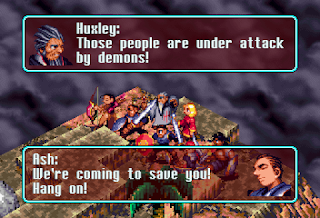 « on: October 26, 2020, 09:34:34 pm »
I'd probably end up translating the MSX or PC-88 versions. Though it appears Denzeni Land and possibly the other games were only released on the super ancient cassette tape format. I think if I were to attempt to translate them, I'd be the first person to hack a cassette game to my knowledge. I could be wrong on this, but I believe all the data on a cassette basically gets loaded into RAM at startup and is basically a ROM.

At the very least though, I'm gonna wait until I find an auction for the games at a cheap price and try to buy them,  have them sent to me and then send them off to be dumped. I suspect it'll be a while before I get to the point of starting a project for these games.

I've released an update that addresses the random freezing in the second half of the game. It hasn't been tested extensively but as far as I can tell, the game should be more stable now.
9

« on: October 26, 2020, 05:21:18 pm »
There will be some random freezing in the second half of the game with the current version of the patch. I've already identified the problem and just have to update my code to address the problem.
10

You're stuck in a loop probably because you didn't fully explore the store room.
11

In other news, I never realized that the original Princess Tomato game was part of a trilogy of games by Hudson. The other two being Dezeni Land and World respectively. I might just end up hacking those game in addition to Princess Tomato.
13

Incidentally, working on the game has shown me how much Shadow Brain(aishsha and I translated this years back) rips the game off. Still I had a lot of fun working on good ol' Shadow Brain.
16

« on: September 29, 2020, 03:19:54 pm »
It seems the character designer for the game is Youichi Kodama, who doesn't appear to have worked on Bahamut Lagoon. He doesn't seem to be terribly prolific with The Glory of Heracles IV being his most notable credit from MobyGames. So the answer to your suspicion is that he probably liked the look of Bahamut Lagoon and copied the style for Valhollian. I certainly like how the game looks.
17

« on: September 26, 2020, 03:48:55 pm »
If you want to get past the 4 color limitation, you need to redesign the title screen to work with what are called attribute tables. There's probably some doc on the site that explains what they are, but I think it's basically a 32x32 grid.

Btw, the pointers for the intro/outro are stored before the beginning of the text block, which is a standard practice for the time.
19

My friends and I spent the summer slaving over a Saturn translation that will soon be released. It's not what you think it'll be. I had fun though despite all the trials and tribulations.

Translation on Megami Tensei 2 continues to crawl along and more and more, it appears the translation is really quite stable. Most of the hacking appears to be finished with only really 1 significant hack left. 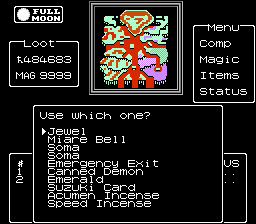 So that screen originally displayed the items in 2 columns, but I made it 1 column to expand the item lengths to 14 characters. The issue is that you can get about 22 items at once, which doesn't work with my current hack. My solution is to display multiple pages of items, thus taking care of that little issue. But I have to write a lot of new code, which I don't feel like doing right now. Plus I also want to make sure that's the only ASM hack left to do once Tom finishes the game. Saving the best for last as they say.

I've also started working on Oni II for the GB again. I'm hoping to finish it by the end of the year, but I'm currently dealing with interrupts messing with my text relocation hacks.
20

Script Help and Language Discussion / Re: Is there any sort of list of translation projects going on?

« on: September 25, 2020, 04:45:00 pm »
I would say translate away if you don't expect or care about seeing your translation released as a patch later down the line. I guess it all depends on what you want to get out of the experience. If you just want the experience of translating a game, go buck wild. If you want something to become of your work, be wary of who you partner with.

Anyhow, you can go to the abandoned projects section of the site and browse around. The hacker bongo' left a bunch of stuff years back that never really went anywhere and I reckon there's a few RPG's in there with scripts to translate.
Pages: [1] 2 3 4 5 6 ... 70