Alternative graphics are great, it gives the project a lot of fresh quality and it improves the colors a lot

I love the waterfall, it's pure work quality

great progress of the project

, I think it would be the most characters in Famicom / Nes, if it is hacked and recovered all that material removed or damaged

the characters were in total 13 eliminated from the final game, they are all in the Rom, but with broken graphics that have to be corrected to make them appear in the game and have even their roster chip intact in the code


the weight of the game initially with all the content removed would be around 1.25 MB, if someone from the Romhacking community makes a hack recovering and fixing this content, they would have a very decent and more complete game. 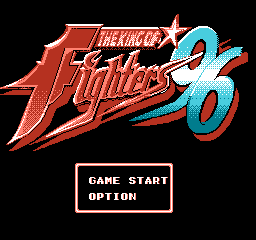 I really want to see this finished work hack
it is valued to ask for development support to Grimlock, Optomon or Snarfblam along with you Mindflower would be a great development team and the work of sprites of Sinis is wonderful

I think the work and progress is great

I seem to see the MegaDrive game

a possible future hack 2 characters to choose to play

pd: wanting to see the map of the area in HUD and the selection menu of type of armor and weapons

Are you the user

kirbyandthelabrinth? If this is not the case, you should ask for permission to offer your work or minimally credit it as it should, the feelings of the creator of a work are very important

port the robots a advance version 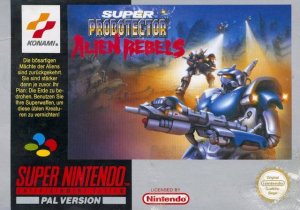 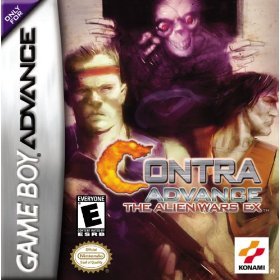 change humans by robots sprites art of the Super Probotector of Europe in SuperNes, call it Probotector Advance hack

, but for a special single emulator

it is planned to adapt this title to a ROM for MegaDrive, it would be possible in the future

possible future alternatives for other hacks

at the end Amilgi collaborates in the improvement of music and sound fx ?

change all the sprites for the European robot versions, you can choose 4 robots, the robotic sprites can be obtained from Probotector I and II 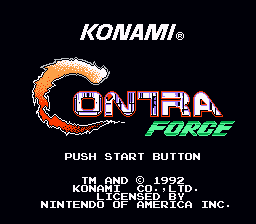 add missing sprite glasses to Rash, to differentiate and have more detail from the toads, add Zitz color as in the Battletoads & Double Dragon

Change full sprite or just the head of old ugly Zan for a new cool body skin cyborg patlabor skin type sprite, which fits perfectly with the aesthetics Sci-fi of the game of enemies robots bosses
119

« on: June 26, 2018, 07:56:25 am »
very impressive Sics, thank you very much for reporting and explaining all the progress of the project
the new entry screen I love, great graphic work

I know you're mostly doing layout/graphics (which look great btw) - but do you have any interest in audio improvements?

I'm actually the one who made the music in Ti's Hack - except I never knew anyone used it! I downloaded this hack a while back only to be surprised my music was in it. I just wrote a de-make the Sonic 1 OST for fun in FamiTracker a few years ago, and Ti must have found my forum post.

That said, I've dabbled in NES hacking but not with audio. If someone knows how to modify it, I can improve/re-write the music and SFX. For example it'd probably make more sense to use the SMS special stage tune. The mixing and percussion could be improved in places. The signpost->stage clear transition is a bit off. Fortunately it seems the SFX don't cut off the music too much, since I put the backing instrumentation on channel 2.

Let me know your thoughts, I'd be happy to help.

the music of the Sonic Nes hack is yours