Any one think of trying to make a bestiary for Castlevania COTM on GBA?

wow, i woulda figured that was already in the game. lol

i got a super easy one.  i wish someone would hack the B button run into Doki Doki Panic, i want to experience that game without the SMB2 reskin, but i cant deal with not having my run button
2

YOU'RE TEARING ME APART!! LITERALLY!!!
3

works fine on my GPD XD+ though (android) just idk if i'll be able to map player 2's joystic to controller 1 in that emulator, but i need to toy with it further.

maybe it's my RetroTink2X that doesnt like the widescreen mode? idk

also, having player 2 analog is totally not making it everdrive unfriendly, that is how N64 controllers were made to work, using 2 controllers you can play 007/PD in dual analog mode (i thing Star Wars Racer has a dual weild mode thing too)

but i admit, it wouldnt really work in conjunction of the other buttons.

maybe if they had a mode that kept movement on the stick and camera on the dpad, and if you hold R then it would swap them, idk?
4

So, I have been trying to make a modern version of the Zelda 1 title screen for you "ShadowOne" to see. Big problem though no matter what, if I want the bottom of the letter "Z" to be red, I am forced to make the edge of that sword gold. Unless I were to scoot the entire font upward 8 pixels. 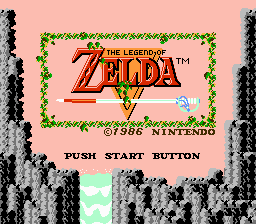 So instead I modernized the title even more so and moved the sword in the middle of the letter "Z" such as in ALTTP. 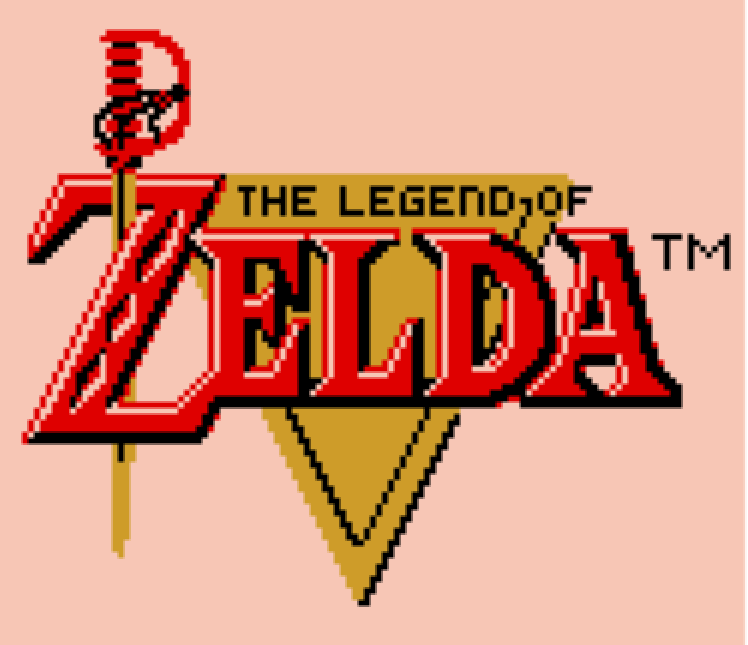 wow, very nice, that but in the box art font, and add they subtitle and remove the rectangle of vines would be ideal as far as i'm concerned. very nice looking indeed.
6

« on: September 22, 2020, 12:43:33 am »
i wonder how feasible it would be to take Donkey Kong Jungle Beat (Cube or Wii version i guess) and turn it into a traditional dpad/buttons platformer (kinda just like Country Returns i guess)

would it even make sense to do this?  i never got into the original, so idk if it would work or even be worth doing tbh

Gaming Discussion / Re: I need your opinions on Super Mario 3D All Stars

« on: September 20, 2020, 07:31:02 pm »
yea it deff still uses the pointer, but it does away with the shake/waggle crap, ant tbh (i havent played it yet tho, so my mind could be super changy) the reseting at the press of a button seems like it will be better than being locked to having to poimt at the EZACT SAME SPOT ALL DAY, just to play.

and yes it looks a lot more natural pointing with a controller instead of a wii wand. i dont have a problem with that part, as i said i think it would be DOPE AS HECK if they added pointer function to Sunshine, just point and squirt baby!

but yes, obviously Nintendo really could have done MUCH MUCH better with this, but at least it isn't quite as lazy as Mario's 25th re-release of plain all stars, without even World

-edit---
actually (i think i heard this) the worst part is that motion is disabled in handheld mode, so you HAVE to use the touchscreen, which looks like GARBAGE
8

-edit--
actually, after looking for a moment or 2, it really look's great either way.

i love the darkest blue for the font in the above, and the space looks great with it below. either way is

Gaming Discussion / Re: I need your opinions on Super Mario 3D All Stars

i just wish they had made a pointer mode for Sunshine, that you could play wiimote style (or similar to Galaxy with the pro)

but having spin on a button is a plus too.  it's just gonna suck if it is a LOT better controlwise, and not being able to play Galaxy 2 in the same manner


i really think Nintendo shoulda put a tiny effort into making a proper 64 remake, with DS enhancements, widescreen, and complete redone graphics and been it's own thing

released Mario "128" All Stars with Sunshine, and Galaxy 1 & 2, and made Sunshine control more similar to Galaxy's

but, heck i still got a copy ordered. if only to be able to play Galaxy waggle-less it will probably be worth it
10

oh, for those that don't know, there is a emulator and a bunch of ZX Spectrum games hidden in GE007 for N64
11

change all mushrooms to "fire-leaf mushrooms" so go from small to fire-leaf Mario (as seen in Mario Adventure hack, fly/shoot fireballs/swing tail all with one power-up, maybe just make them stackable, idk

replace fire flowers with hammer suits and leafs with Tanooki suits for all the levels, i know you'll feel o.p. but isnt that the point of these kinda hacks.

i would replace the lives system with a deaths counter, negating game overs and lives, make 1-ups give you 50 coins, and add a coin counter that just counts the total # of coins in a playthrough,

put a question block box at the beginning of each water stage containing a frog suit,

implement the "item slot" hack (press select to switch to a stored item, more like SWM), do away with item storage and card flipping and toad houses and roulette all together (maybe replace them with something better.

streamline the gameplay and make it easier, but in a fun way. i find myself spamming savestates to keep my tanooki suit and hammer suit too the point of makeing the game a chore sometimes, lol
12

it would have the updated graphics of the SNES version of SMB1 on SMAS, but also add the exclusives of the GBC port.

but the screen crunch on that game WAS TERRIBLE.

it's not as noticibly bad on the Advance games, just the vertical sections of SMA1:SMB2, where the screen has to move left and right so much just for 1 block of width. Super Mario World had stuff lowered and blocks moved around a little so nothing would be offscreen, and buy the time they ported SMB3 they perfected it, the vertical sections were narrowed a block, and the levels where the ceilings were moved down looked 100% natural.

there is a patch for SMB1 that replaces "1 and 2 player mode" with "Mario Game and Luigi Game" that gives the Luigi phisics, which IS AWESOME, but i'm not sure if it's on this site. (also, a hack that lets you change bros in between levels would  be even cooler, or heck, just press select to switch between Mario and Luigi would be cool)

i would like to see a hack for Advance 1 SMB2 that let's you cycle through characters on the fly as well, that would be DOPE

this would be my dream hack tho, Have a All Stars hack that turns all the games into Advance versions, but no screen crunch

oh, i did read somewhere that folks were working on a GBA emulator that removed the scree scaling restrictions, basically allowing a more traditional view (kinda like overscan or something) but i dont know if it relys on modified roms, or just would work on all GBA games

is it possible there is a way to hack a Mario Golf 64 rom, and a Mario Golf GBC rom together with a patch that makes the N64 always think there is a transfer pak with MG:GBC always inserted into it,

so just end up with a .z64 file that automatically has the GBC game in it for playing and for DLCs?

i prefer LoZ1's original graphics even to BSZelda, myself. but it is kind of a shame that LoZ1 has not been totally re-made in BS Zelda, i think it has something to do with some kind of limitations, idk

but Zelda 1 doesnt really lend itself to a graphical update (not a accurate one anyways) because of the limitations of the original, all houses are the exact same cave, all dungeons look like different color clones, and the overworld is either brown or green bush, brown or green mountains, or graveyard.

kinda like, the more updated the graphics get, the more flaws in it's design stand out.

like LA had a LOT more varied landscapes and characters and locations, even with a lot LESS graphical capabilities.

but i have tried those 3 you mentioned, and i always revert to the vanilla LoZ1 (untill Redux gets finished!, animated tiles will help a lot, without changing the feel or the original graphics i think)
15

it was updated for real hardware,

(i used to have issues getting it to run on my homebrew Wii, but the update saved it)
16

have the dpad - move/strafe, have Y&B to turn left and right, hold L for run and R to shoot, X change weapon and A accep/open

i know you can do it however in a emulator, but it would be cool for people who use actual hardware (similar could be done for GBA FPSs too!)
17

basically it's SM64 with rumble, and it's much nicer
19

Newcomer's Board / Re: Help with Ocarina of Time REDUX

it was actually a little bit of a task to find the 1.0 rom, tbh. and i also dont know if it is compatible with the euro or japanese rom, probably just the american, i think

Tool64 is what you need for that

I doubt it will be me doing it any time soon but the guy that did the dpad hack for starfox (a similarly afflicted game) made a nice guide to it all
http://web.archive.org/web/20110604163902/http://crackerscrap.com/docs/sfchacktut.html

wow, i wish someone would make an entry for that on this site, or compile a list of ALL the DS games that have such patches, i didnt even know this one existed (actually didnt realize it was a dpad-less game to begin with)