Hi Floppy, is spring break over yet? ;-)

Sweet sodomy on a Sunday morn, I totes-didn't mean to leave you hanging! Lemme re-familiarize myself with the matter in question...

(Oddly enough, I just had another steroid shot today.)
122 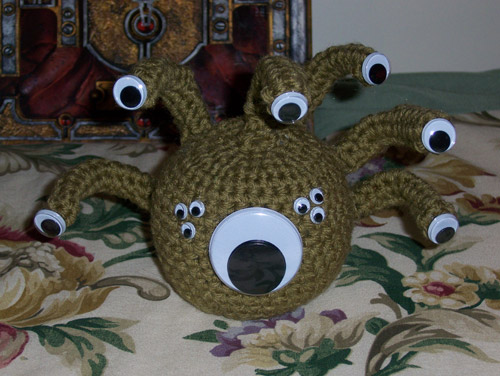 This Fucking Thing draws near!
Whassup?!?

On a more srsly note, I'm gonna see to converting that enemy handler routine sometime this month. If anyone wants to submit potential Streetwalker designs, now's a good time.

As an NMI can re-enter itself so you MUST be done before it fires again... All the computers put it on an IRQ.

Alas, I'm currently at several shots of Bacardi-151 to the wind. Once I awaken, I'll see what I can do with regards to making this happen.

Newcomer's Board / Re: Megaman 1 help

And, I am sympathetic towards your goal to add levels to Mega Man 1.

That's all very helpful info, but I take it you don't know how to edit the music engine, do you?

That is exactly what i am trying to accomplish.

My services are at your command.
130

Newcomer's Board / Re: Hex Lesson Issues

The first four bytes are just "NES" in ASCII, plus an "end-of-file" #1A stop codon. It's the next four bytes which are key, telling the emulator how many pages of PRG- and CHR-ROM to anticipate, the Mapper used by the game, whether or not the game has battery-backed SRAM, etc. The final eight bytes should all be #00, unless the game utilizes NES 2.0 format or was molested by DickDude!

Also, any tutorial that recommends messing around with these bytes willy-nilly was likely written by Fred Fuchs on a brominated-crack binge.
132

The game starts up at $8000 and proceeds to an infinite loop at $8057. It's plucked out of this loop by the NMI Routine at V-Blank, wherein every other aspect of the game is finagled. Once the NMI Routine ends (usually around scanline 112), the RTI takes the game back to the infinite loop (thus negating the need for the usual AXY-juggling which bookends typical NMI Routines).

Is there any particular reason the OP's might have done it this way? Do any other NES games exhibit this odd arrangement?
133

Maybe we need to crowdfund a comprehensive emulator analysis and comparison to the actual NES system (with physical non-flash NES test cartridges for comparison).

Is there a crowdfund for a FCEUX/xD SP-quality debugging utility for SNES?

You may find this hack interesting.

Newcomer's Board / Re: palette changing issues.

The info you gave me about the binary math a few days ago, I'm still going to re-read that stuff.  I want to try to understand as much as I can.

FWIW, my spearmints have indicated that the NES V-Blank interval is enough time to draw roughly ¼ of a screen (256 tiles) using a mule-friendly
Code: [Select]
LDA $8000,y
STA $2007
INY
BNE_#F7 routine. And that's without anything else going on other than your typical NMI bookend code (e.g., no Sprite DMA transfer).
138

<---- My reaction to seeing this thread on the board.

What are the graphical limitations of the game? From what I remember from the game (granted, it's been awhile since I've played, and a bit longer since I've played it sober so I may be totally wrong) the counselors shared the same sprites gender-wise and had different palettes. Any way to give these guys thier own sprites?

Most likely, yes. The original game has four, 8kB slates of CHR-ROM tile-age. Each of these slates contains at least one instance of PRG-data encoded as 2bpp gibberish art; jailbreaking that nonsense is high on my list of Things To Do.

Because CHR-ROM is for graphics!
140

ROM Hacking Discussion / Re: A couple of 6502 ASM questions pertaining to opcodes