If you want to use these as a base for a new project with a different goal, then go ahead, but make it clear that it’s a separate project rather than a continuation/update of these translations.

This so much. In software development, this is called Forking, and it's perfectly fine to do so, especially when dealing with open source/community based projects. In fact, many software forks are "downstream" meaning they're not fully divorced, but update in tandem with the original project to keep any fixes alongside the new focus of the fork.
22

Personal Projects / Re: Is there demand for Tales of Phantasia GBA sound restoration ?

Isn't it easy to emulate the SNES version on various portable devices ? You won't have the temporary save features, but savestates should compensate for this.
I was under the impression that ToP GBA isn't very popular and that other versions of the game should be targetted if some hacking should be done.

I agree, I think the demand should be for a de-dejapified SNES version
23

« on: December 19, 2019, 11:02:01 pm »
"hot take": I think the Nightmare Police's original names are way more obscure, I mean changing Serges to Sagesse makes the French theme naming more apparent instead of going over our heads, and French is a language closer to us. In contrast it's harder to get the reference to "vajra" and "mandala" from the NP's names. What about re-romanizing the names into something more obvious like "Vajraler" and "Mandaller"? I'm not sure.
26

« on: December 06, 2019, 07:04:47 pm »
There's actually 3 themes. The first one is great but lacks the urgency of the one we actually got. The second one is just too calm. And the third one is supposed to be for after defeating the 8 mavericks and is really great.
27

Isn't that Repliforce discussion over by now?

I think the only one who knows his full name should be Dr. Cain since he had to have read the specs file from the X1 intro when he unearthed his capsule.
29

I'd rather go with mednafen and a frontend. Retroarch is an unintuitive, clunky POS only worth it for emulation box dedicated PCs.
33

« on: October 26, 2019, 08:54:38 pm »
Some of the beta songs have their charm, though I dunno if them being in the final game could be fitting
Character Select beta has a "lonely", calm before the storm feel
The alternate Stage Select themes (labeled 2 and 3 in the extra songs), I dunno, they're better than the ones in the final game, but the annoying "NEWS TODAY" stage select theme fits the urgency feeling of the game, and the Zero Space theme fits the lonely, disturbing feel of the X5 endgame.
The alternate "mission report" song is not generic as the final one, but it's also too hollow and ominous, as if the colony already crashed and you're standing in the ashes of the world.
Alternate Zero's death sounds much better, but considering the creepy vibes of the X5 endgame and the horrifying way Zero dies, the final version of the song is more fitting because it sounds macabre as hell. The alt version would fit with a more heroic death.
35

« on: October 25, 2019, 04:51:44 pm »
That's probably because the name label code <SHADOW> was inserted before his line, which shouldn't have a name label at all. The moogles use the slots for other characters not named yet.
36

Is there any interest in this? 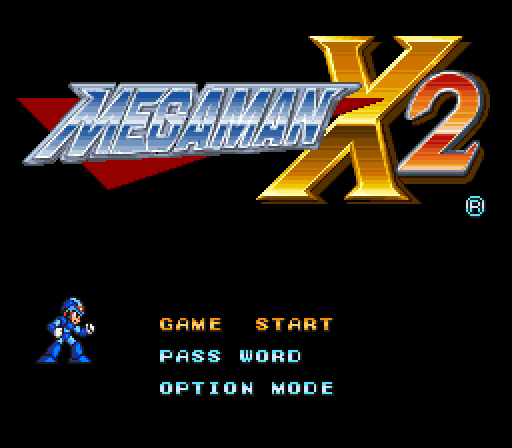 I'm not a fan of the US title screen logo, since it's over-sized and clunky. This is much sleeker.

The thing is, while I think I know the concept of replacing the title screen (I have already decompressed the graphics and found the title screen graphics), assembling them and positioning everything is something I'm still mostly unsure of. I don't know what emulator for the SNES has the same type of debugging features as BGB or Mesen with VRAM viewers and setting breakpoints in the code and other things of the sort.

I guess I should ask around the appropriate section of this board, but I don't know if I'd be able to manage it anyway. If I end up learning how to do it, I might end up having to settle for this: 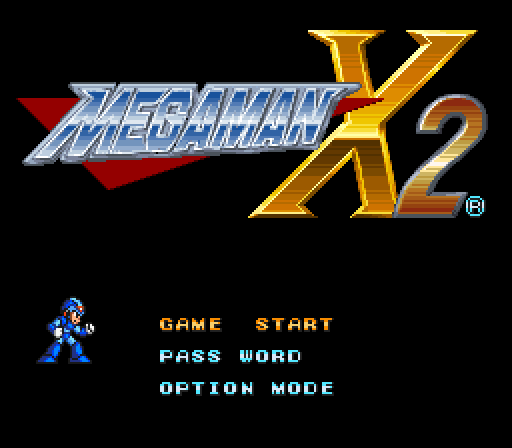 But maybe finding out how to move the 2 up as well.

OMG OMG The first one is literally perfection and is the way it always should have been.
37

« on: October 23, 2019, 05:43:06 pm »
Are absolutely ALL of Alia's interjections disabled? The ones at the start of each level tend to involve lore and change depending on game progression.

Also, make sure to change all mentions of Reploid Force into Repliforce.
39

I made a new text editor for FF1 and began working on adding support for FF2, but only implemented partial support. Right before I released the first version of the FF1 translation, I started working at my full-time job with a really long commute, and now I have very little free time and would like to use that little free time to work on my own game (commute is getting worse and worse due to the season).

However, I guess the least I could do is release the FF1 text editor and do quick typo updates for the whole trilogy (give me some time). But, there's a reason why I said it's in my best interest not to work on these anymore. I can't say what that reason is right now, but maybe it'll make sense in the far future. I'm sorry that I have to be indirect right now.

The text editor should be the only thing remaining for a much deserved passing of the torch to the community.
You earned a right to move on.
40