, could you try to apply it to a ROM from (Japan) is the one I have and I can't make it work, the trick appears in the options menu but it doesn't work

You're welcome. I was able to make a patch for the Japanese ROM, I'll add it as a update for my hack once it gets approved.
43 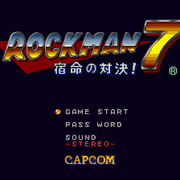 I'm actually going to try changing the logo in my restoration hack to look like the one from the Japanese version, Metalwario64 made me the graphics, I'm just waiting for DarkSamus993 to help me on inserting them.
45

Animal Forest (N64): A hack that will add all the new villagers from both GameCube ports to this game.

Yoshi's Story (N64): A hack that will give you the ability to play the game with the D-pad.
47

I just released a hack for Final Fight 2 that does some minor improvements for it, you can check it out here: http://www.romhacking.net/hacks/5464/

I want to further my improvement hack by getting both international versions decensored, but I need help on that, because I don't have the skills to restore the content.

That's why I'm looking for a SNES hacking expert that can help me on restoring this stuff back to those versions:

Including one user requested for the ability to see the ending on any difficulty, so I'll need help on that as well.

If someone can help me on this, that would be great.
48

« on: October 13, 2020, 07:40:31 am »
Teenage Mutant Ninja Turtles 2: Battle Nexus (All Ports): A hack that will restore the original music & voice clips along with other improvements to the unlockable TMNT arcade game.

Teenage Mutant Ninja Turtles 3: Mutant Nightmare (All Ports): A hack that will restore the original music & voice clips along with other improvements to the unlockable Turtles in Time arcade game.

I also discovered that some of the Starbase Krang sprites were messed up looking.

I edited them and fixed them up to look more like they're arcade counterparts, the second Krang sprite was done by blade133bo.

I need someone to insert these and test them to make sure they look and function right, they should fit perfectly in the original tiles.

There's utility tools to decompress and re-compress the ROMs, so you can edit the sprites.

Thank you very much for helping me on this, you're the best.
51

I need help on inserting these graphics to my Final Fight One hack, including fix a bug as well.

You can check out my hack here: http://www.romhacking.net/hacks/3495/

Here's what I need help on:

I want to replace Rolento's sprites with the ones from Final Fight 2, the custom sprites were made by PrimeOP: 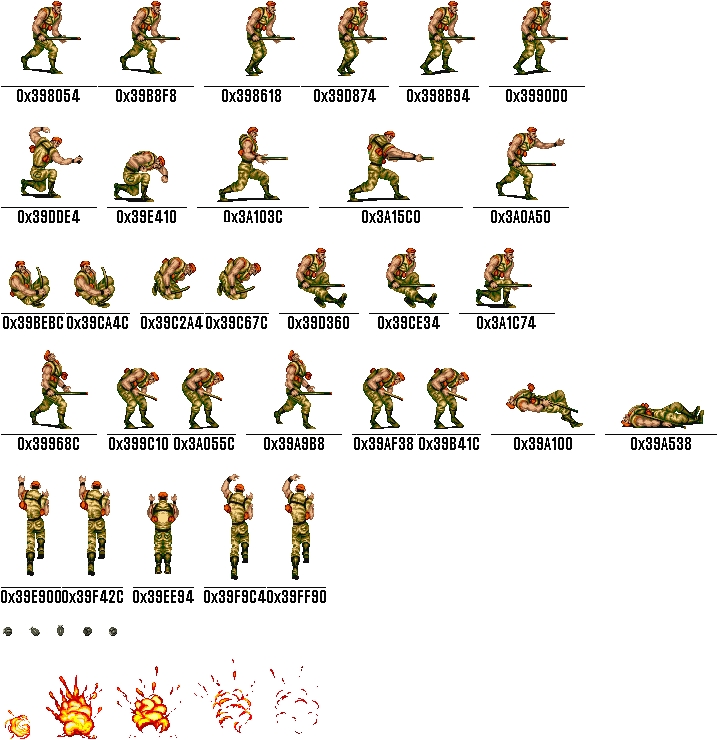 The reason why he has only three walking frames and one jump kick frame is because I want to change their behavior to be more like their FF2 counterparts and also replicate the SNES limitations that the other characters in this game have as well.

So I need someone to change them to be more like how they behaved in FF2.

I also want to replace Jessica's sprites that are used in the intro for stage 1 with these, they were made by kensuyjin33:

Including find a way to get Damnd to hold her, instead of her sitting on top of his arm as well.

I also want to replace the Japanese font that appears underneath the title screen logo with this, it was made by kensuyjin33:

I also need help on fixing this bug that appears underneath Alpha Cody's portrait when you select him, I circled the location of it: 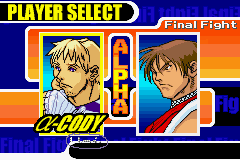 I recently discovered that the Game Clear BGM is in this port, but hidden. I would like that to be played after you defeat Belger instead of the Round Clear music.

According to the Zophar Music website, the track number for it is 99: https://www.zophar.net/music/gameboy-advance-gsf/final-fight-one

That's why I'm looking for a GBA hacking expert that can insert the new sprites, change the behavior of those frames, have Damnd holding Jessica, fix the bug and restore the unused music track.

If someone can help me on all of this, that will be great.
52

I recently released a hack for Little Samson that restores content that got censored in the American version back to their original Japanese sprites.

You can check it out here: http://www.romhacking.net/hacks/5413/

I discovered that there's a griffin statue that is used in the wizard stage, but it doesn't appear because the palette for it is messed up, I found this out thanks to TCRF: https://tcrf.net/Little_Samson#Griffin_Statue

That's why I'm looking for a NES hacking expert that can fix the palette, so the statue can appear.

If someone can help me on this, that will be great.
53

« on: September 30, 2020, 04:39:24 pm »
Grego abandoned this project, because Rotwang is working on a two-player hack for Final Fight Guy that added all three characters in it.

You can find his hack by doing a Google search.
54

I also would like to see a addendum hack for the Mario Kart: Super Circuit - Localized Voices hack that will give Yoshi his MK64 voice clips as well.

With the PSX port of The Neverhood translated to English, I would like to see someone give the PSX port of Beavis and Butt-Head in Virtual Stupidity the same treatment.
57

« on: September 12, 2020, 08:48:13 am »
I wouldn't mind seeing those improvements for Spider-Man 2, one improvement I want to see for that game is one that will fix the color of J. Jonah Jameson's hair to make it more accurate to the movie. (I don't know why they made it all white in that game)

I also wouldn't seeing a demake of Sword & Shield, along with demakes of X & Y and Sun & Moon.

Mega Man (NES): A hack that will change the title screen into this: 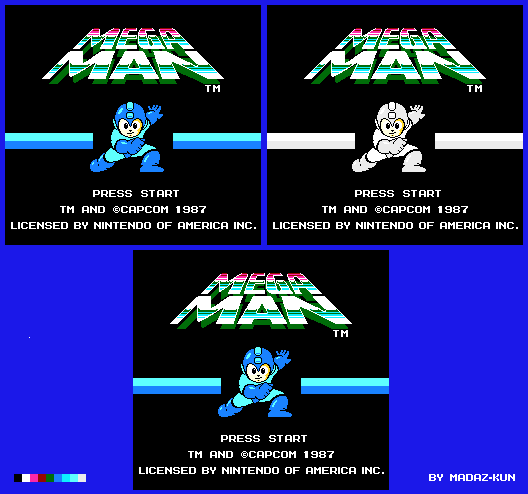 Marvel vs. Capcom 2 (All Ports): A improvement hack that will give Rogue her unused colors from X-Men vs. Street Fighter, give War Machine his own set of sprites and have the alternate version of the river stage appear in arcade mode as well: 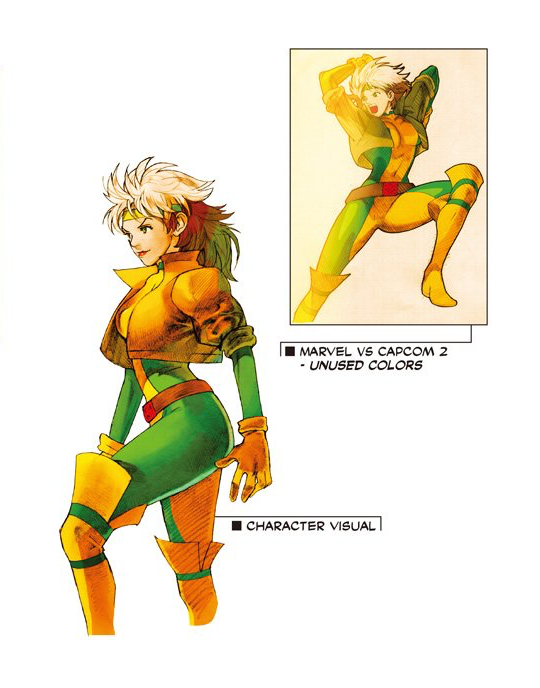 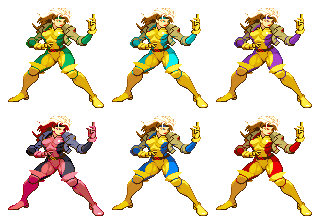 Another thing I would like to see done to the American versions of the PS2 & Arcade ports is restore the Japanese voice clips back to Cammy & Dee Jay.

I think they're still in both versions, hidden away somewhere in them.
59

I didn't play USFII yet, but I remember people that played it said the AI in it was pretty balanced.

I'm looking forward to playing your patch on real PS2 hardware in the near future, hopefully you'll do the same thing with the arcade ROM as well.
60