ROM Hacking Discussion / Re: Searching for NES game with many screens of text

I wonder if that random barrage of punctuation is in any way legible for anyone other than me...
7

ROM Hacking Discussion / Re: How to make on SMB1 the same title screen of the lost levels?

Actually, I say "Marquee" becuase I speak British and not American English.

This is quite irrelevant, but as a native British English speaker, I would like to point out that neither I nor any other British person I've ever met has used the word "marquee" instead of "logo". That just seems wrong.

Also, if you ever think about trying to do a smb romhack again, at least try and look for other utilities that would be useful. Smb remodeler would have come in very useful as a simple and easy to use physics editor. Take a look: http://www.romhacking.net/utilities/1319/
8

« on: June 15, 2019, 02:27:22 pm »
This is a pretty simple thing to do in ISD SMBUtil. The first thing you want to do is to press this button to reveal the sprites, which the warp pipe information is stored as for some reason. 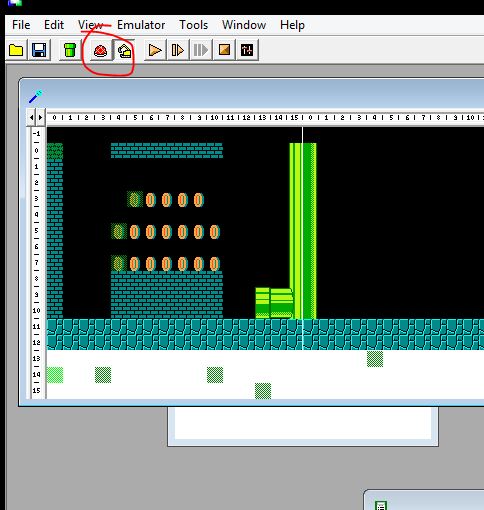 Then, locate this block, normally placed nearest the warp pipe, labelled "room change" (careful, in some warp areas there are two stacked on top of each other. There's no harm in moving them about, as long as they remain within the screen-and-a-bit that is loaded when mario enters the underground section) and double click on it to view the object's options. 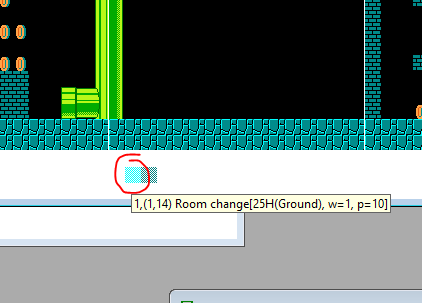 Here, these three options are the only ones you'll need.

"World" selects the world the warp will work in, allowing some areas to be reused in other worlds (hence why some warp zones have two or three of these blocks on top of each other). If the level that has the entrance to this area is 3, for example, you should set this to 3 so that the pipe actually works. If mario is in world 4 and the setting is incorrectly set to any other number (that will happen if you don't check these regularly), mario will just loop infinitely.

"Room" is the level Mario will be spat back out into, allowing for bonus rooms to actually lead into other levels (something I often use myself). "25", as it is set to here, is 1-1. You can look up the level codes in this menu: 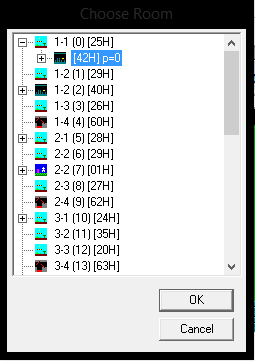 "Page" is just the page of the level the exit pipe is in. You can change the location of the place mario comes out of, by going to edit>header>Position and changing the co-ordinates from the presets in the menu. The only two you will need are V=10, H=1.5, or two blocks above ground and three blocks from the left screen edge, and V=-1, H=1.5 which is dropping from the ceiling.

The way these work is that the moment one of these blocks is loaded into memory, the output of all the warp pipes in the room change. You can't make it so that there are several pipes on one screen that go to different places, but if you send multiple of these into one level, you can have them change between pipes (ala 8-4) so that one level can have several bonus rooms.

This is a very brief and pretty awful explanation, but if you can get your head around it, I'm glad I helped.

Spoiler:
If you can't, I'm very sorry and you'll have to work it out yourself like I did. Sorry in advance
10

2.
3. Please For The Love Of Christ Stop Typing Like This. Nobody, and I mean literally nobody likes to read posts that are written like this. Our brain turns off and we skip down to the next post. Use mixed case like a civilized human being, for everybody's sake.

I haven't said anything for politeness' sake but everything said here has been bothering me a concerning amount. At least wait until sics comes back and stop bumping the thread for the love of god
11

« on: April 20, 2019, 06:23:44 pm »
That homebrew seems quite interesting, but it isn't nearly as impressive or as complex as this romhack of somari. However, how it relates to this topic other than loosely resembling sonic on nes eludes me
12

I went through all the mock up boot screens you posted, and this is the one I like the most of all of them: 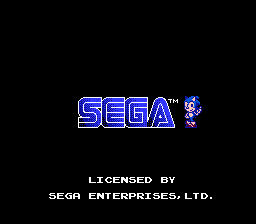 I think this one is probably my favourite too, although it's had to choose with so many

This shows off a collision glitch in Marble Zone, that's pretty easy to come across if you know what to do. 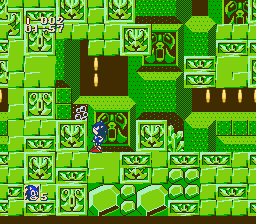 Now, I have no idea how this game handles objects so I'm just wondering if you intend to fix it at some point (by adding or modifying other objects). You could alternatively just remove the tiles for the "bubble dispensers" that don't work.

Uhhh what does those three number means in the poll because Im confused?

UltraEpicLeader100
Somari's data is no longer present in the game, since they were replaced to include Sonic, the only way Somari revisits Green Hill would be if a person without common sense searched and identified each of the data originals of Somaria in his natal game, but do you know how long it would take to do such a thing?

Well, theoretically, if the game was corrupted in exactly the right way, the graphics could be replaced exactly by the ones from somari, but the chances of that actually happening are so slim that it is probably safe to say there's no point trying
17

About the rest of the project, I was not doing anything really transcendent:
● I was playing with some palettes configurations.
● I was solving some bugs in certain zones*.
● I'm trying some alternative graphics, for example:

Wow, that waterfall is stunning!
18

Also Read One Of Your Old Posts About The Megadrive Sonic Sprites and To Be Honest, I Really Like Those NES Style Genesis Sprites, They Looked Really Good (Even Though You Discarded The Idea!)

I completely agree! Don't tell sics, but I actually prefer the Megadrive version to the current "modified Jabu" one
19

« on: February 28, 2019, 10:17:55 am »
I suggested that maybe sics should take on Super Mario World after finishing this, further improving either the Jabu's work or finishing LooneyDude's version, as they're doing such a brilliant job here. The chanes of it are slim, though