« on: February 26, 2021, 05:59:57 pm »
I looked at these games a very long time ago (3-5 on PC) and while my memory is a bit fuzzy, I seem to recall 3 and 5 used an interesting scheme where they'd use shift-JIS kanji and then control codes to switch display modes, with the kana stored as half-width katakana.  So something like 助ける would be 助<hiragana switch>ｹﾙ.
2

What you're looking at here is an idiomatic phrase. 「油を売る」 basically means to loaf around or waste time. As for と here, it's a conditional showing what will happen if something else happens. i.e. Conditionとresult. What Yangus is saying is essentially, "it's gonna get dark if we loaf around here much longer."
3

« on: May 23, 2018, 10:28:21 am »
覚える and 覚えている are absolutely different. You can think of 覚える as memorization. Like 日本語を覚える is learning (committing to memory) Japanese. 日本語を覚えている is remembering Japanese. As in, you learned it, but you still remember it. As alluded to by 730, it's basically being in the state of remembering it.
4

I'm checking in my book about particles:

Is this what you are referring to?

Ah ok so this よう is really this one: 様. Why is it that it's sometimes written as a kanji and sometimes in hiragana? Is it because it's not the most important in this sentence? Because it's secondary to the understanding of the sentence, it's written in hiragana?

It is 様, but almost nobody writes that way. Many auxiliary verbs and particles have a kanji form, but most Japanese style guides these days say to write them in kana. Similarly, going back to the above example of ための, that could be written as 為の but it's not common. It comes off as showy to write them in kanji.
5

Question 1:
剣を作るため
What is the purpose of ため here? Or is it ための？ I couldn't find anything on ための so I'm thinking ため is 為 is ''make''? I'm not sure however as 作る is make too so I don't understand the purpose of ため（の）here.

Are か and が here a construction of some kind? Or is it that が is the usual particle but then what is the purpose of か there?

There's also the possibility that both か and が here play a different particle role than I'm used to.

What is the purpose of the よう there? I don't think it's an inflection of 足りない. I think the だ there is just the past of です. It's this よう that's confusing me.

I'm a lot more interested in programming than debating (and at least slightly better at it), so I can't really give you the kind of detailed response you'd probably like. I'll just say that you seem to be perceiving a lot of ill intent on my part that simply doesn't exist. I'd certainly like it if more people considered how nasty it is to paint over someone else's canvas and say, "Here you go, fixed that for ya, bud" -- and "they're just games so it doesn't matter" is not an argument -- but that wasn't the point of these hacks, per se. The purpose was to (a.) make people aware that this was an issue, and (b.) allow anyone so inclined to play the games with the mechanics they were designed with. Also (c.) to give me something fun to do. Anything else was just a side effect.

And hey, you find someone who actually wants to retranslate these scripts, I'm game for that too

Anyway, as most of you have probably guessed by now, I'm pretty much done with this little project. I've been promising final updates for a while, but at this point I'm tired of thinking about this company and more interested in working on translations. I'll probably submit these to the site as-is sometime soon (except for Alundra, because I still have no idea if it's actually playable to the end -- I don't suppose anyone can vouch for that?).

Thanks to everyone who supported, or criticized, this project. Positive or negative, opinions are a lot better than silence.

Thanks for all of the work you've done. I certainly appreciate it.
I'm sad to hear that the Lunar EB cutscene timing won't get fixed, but maybe someone else can figure it out.
7

I frankly enjoyed the re-localization of 3 on mobile, which was definitely done in the "modern" DQ localization style, accents and all.  It makes the mobile version one of my favorite versions of the game for a casual quickplay.

Frankly, if the mobile script could be dropped into the NES version, I'd be a happy camper.

Yes, I like it a lot too. But I definitely think the NES translation is fine. I'd like to see the terms fixed to be in line with the new style, though.
9

« on: April 05, 2018, 01:34:51 pm »
The original translations are excellent. One may not like the middle English vibe in the first two games, and I could imagine an edit to remove that, but 3 and 4 don't have that. The amount of effort and care that went into the translations of Dragon Warrior 1-4 was really a cut above anything else at the time, and they certainly don't deserve to be replaced by stuff like this 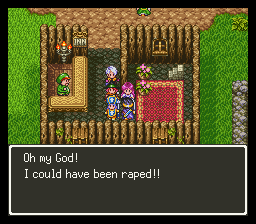 Personal Projects / Re: Font Based Character Recognizer for Japanese games - Looking for feedback!

EDIT:
After using makefont32 to generate a new font.rom from MS Gothic, I'm convinced that the bold font here must be generated on the fly somehow, because the outputted font.bmp does not contain any bold characters, and making a new font.rom changes the in-game font to MS Gothic but bold, but with the same characteristics of the clear pixels that I outlined above.
11

Personal Projects / Re: Font Based Character Recognizer for Japanese games - Looking for feedback!

« on: February 10, 2018, 06:26:29 am »
I was messing around with this with the PC98 font, and I think there might be an error with how it handles widening the fonts compared to the hardware. It seems to work just fine with kana, but when it comes to kanji, it doesn't seem to want to recognize anything. I took a closer look and I think I'm starting to see why.

Here is an example from Legend of Heroes 3:

and here is the output for the kanji 大 from fb.exe with text_xmax set to 1:

If you look at the Legend of Heroes 3 image, you'll see that there's a bit more open space up in the center of the kanji.  In fact, I've noticed that in any case where widening the font makes it overlap with another pixel, there is a blank pixel on the system, rather than a filled one.

Same thing with the kanji 祝:

It might be easier to see with this one. You can see in the LoH3 shot how the top right of the 礻has a clear pixel as it touches the 兄, but in the generated character image, it's all squashed together.

The result is that the program can't find the characters since they don't match. I'm not sure if there's anything you can do about this, or if I even correctly identified the issue, but I thought I'd mention it either way. And yes, I did generate the TTF font myself from the same system that this screenshot is taken from.
12

« on: February 06, 2018, 07:21:40 am »
I'm so excited to hear that you guys are working on Different Realm. Glodia games were a huge part of my childhood and I've pretty much resigned to not being able to share some of my favorite games with my English speaking friends because most of them haven't received any translations. Good luck!
13

I wanted this translation to make people feel like a kid again, but most of what I've seen and heard from people confirms what I already sort of knew - the game is past its prime, and even the people who were most excited about it didn't enjoy the experience as much as they thought they would.

Maybe there is something to be said for letting a legend remain a legend, of letting those things lost to history remain great and glorious beyond the veil of "what could have been."

No way. You did a very great thing by making this game available to a new audience.  Don't let a few people who find it hard to get into older games period get to you. As time goes on, more and more people will experience this and have a great time. I think the main roadblock here was the lack of emulator support during the hype period, but the internet moves in cycles and someone, somewhere will shine a light on this again (maybe a Something Awful let's play, or something on a well-respected YouTube channel) and even more people will appreciate it.
14

« on: October 22, 2017, 12:30:07 am »
While waiting for the Higan issues to be ironed out, I decided to unpack the Framemeister I ordered ages ago, and dig the Wii out of the closet.  Got that all hooked up and I'm now playing on Wii with Burnt Lasagna's snes9x gx mod. Works beautifully, looks awesome. 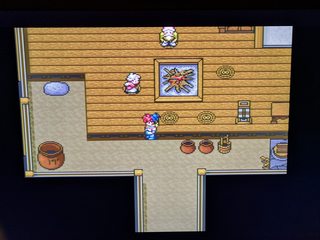 « on: October 21, 2017, 04:29:56 pm »
Is it really correct to update to the current system date?  Most devices that have an internal clock allow you to set the date to whatever you want, and then they keep time after that.  I think I should be able to set it to 2010 and have time track from there, for instance.
16

The problem happens when you load the Sram save. A commom save state restore the state correctly, but with the date at the moment you saved, so not what we want.

Even loading a save state should update the rtc to the current system time.

Thanks for verifying the bug. This stinks.

Using the manifest.bml that comes with the patch, or the one auto-generated by Higan (in the case of the Japanese ROM), the .rtc file on disk is 16 bytes and they look quite different when comparing them.  In-game, doing the initialization and then setting the time will allow the game to work just fine up until the first time I save and close the emulator, and from then on the date is reset to 0-0-2000 every time I load the save.
19

Both Higan 104 and Higan 105 exhibit this exact same behavior with the Japanese ROM, so it doesn't seem to just be an issue with the hack.
20