In my opinion the best one so far we worked on was by far the Mega Drive version. It was the most polished and content-rich out of the bunch. I don't know about the PC/PC-98/MSX games, and supposedly the Saturn game is also quite good (it's the only party-based RPG, all the others are dungeon crawlers).

Thanks! This series is kinda wild for me; I was introduced to Puyo Pop on the PPFever Gamecube version; after that I started making a RPG X Puzzle game with Puyo mechanics totally not knowing Puyo Puyo had RPG origins with the Arle character.

The mega drive one looks great; the visuals on that one look more appealing. Great work *praise praise*
2

News Submissions / Re: Homebrew: From Below, A Brand New Homebrew for the NES

How many Puyo Puyo RPG's are there? IS this the best one? The high quality audio is good.
4

Personally I love the NBA Jam/Hangtime gameplay, but dont care for the players as I dont follow them IRL.

Thus we usually play as the Harry Potter/Chicken/Hilary Clinton characters; is there a romhack where the characters are all just mad crazy
5

Here's a few screenshots of an old hack I'm working on, original author is kidwhatever and thanks to Guyver for fixing the hack so it can show in the editor. 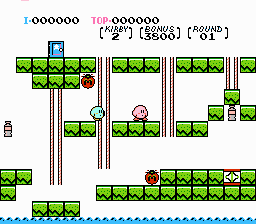 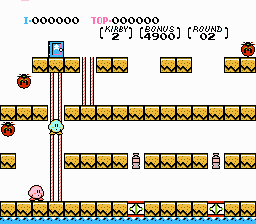 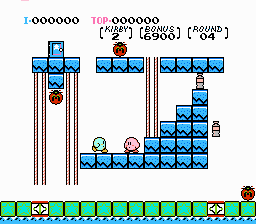 These aren't much just something I did in a short time, I am going release them in a new Abandon Pack I'm working on.

for Youkai Douchuuki I wanted to do this for awhile but finally just did it while I was bored. Is hard to tell but it reads Mario I secretly call the game "Mario 25" anyway.

Then I was planning to Hack Ultima : Exodus for Nes and came up with this

I have some other stuff but would fall out side this topic. Any Criticism's are fine.

Not being funny, but would love to do an ultima hack for NES/snes/SMS that turns it into a game in the elder scrolls universe .  The master system one would be the most true I think. Names of locations items characters lore etc, would anyone be down to work on it with me,?
7

I'd like to replace them with Pokemon characters, im decent at pixel art but have no clue where to start romhacking! I've always wanted a Pokemon Gauntlet clone, and Rumble is okay but this would be BALLIN'
8

This looks fantastic, woke up to a great surprise this morning. I don't have much in the way of hacking skills but if you need testers etc I'm here!

Super excited about this it seems to be very fleshed out compared to the first - has more charm than Lost in Blue definately.
Pages: [1]