« on: February 15, 2021, 11:51:40 pm »
I like making art. I know the basics of coding. I don't mind patiently researching information and testing how changes affect the results. I love videogames (especially old-school ones). So why not get into ROM hacking?

Here are some of my personal projects. I mostly intend to post finished ROM hacks as they are released, but occasionally I might post Work-in-Progress (WiP) projects to gather minor advice if I get stuck or solicit opinions on the direction or scope of projects.
(My Showcase Website)

Newer projects toward the top. 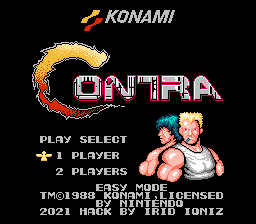 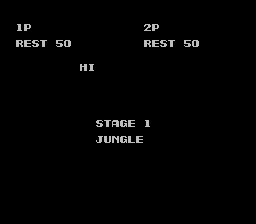 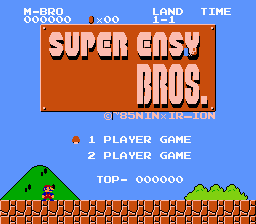 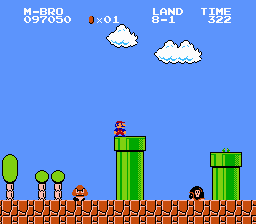 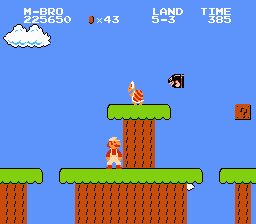 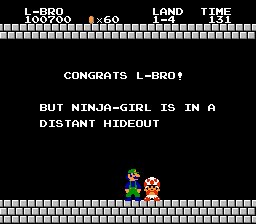 Super Easy Bros. is designed for your grandma, for your uncle Frankie, for your 4-year-old kid, or your significant other (who just never got into retro gaming). If you've ever played the original Super Mario Bros. with someone and felt their misery in dying repeatedly, then this hack could be the crutch that helps them enjoy this game (and maybe training wheels that leads them to a decent skill level).

Most of the layout is very similar to the original Super Mario Bros. level design, but with many tweaks (both small and large). Pits are shorter, platforms are a little more within reach, and power-ups are plentiful (mushrooms, 1-ups, and invincibility stars). Occasionally there are easier or fewer enemy placements, but at other times more enemies are lined up for 1-up opportunities with a shell kick. You start the game with 8 lives. Some warp zones and castle mazes are also changed.

The difficulty still slowly ramps up as they progress from World 1 to World 8, but there are still lots of power-ups to help them not get stuck in a seemingly hopeless situation. Players with higher skill levels will still find some things to do, but largely by exploring a few new paths and by going through the levels at a faster speed. Players with beginner skill levels will have to learn some intermediate moves (such as the crouch slide and the running jump) in order to finish the game.

Graphics Pack:
The graphics pack is optional. I have also included a graphics only patch, if you want to apply it to different level hack or the original game. The intent of this graphics hack is to match the basic art style of the original game (i.e. minimal palette changes, no character outlines) while making the characters a little sillier or a little scarier.

This hack is finished, tested, and about ready for release. Now SUBMITTED. Now official approved on RHDN.
Pages: [1]