The following features have been implemented:

The end goal is to create an English and Russian translation of the ROM. So far, I have extracted and embedded the translation from VBA_SH into the game.
This is actually easier to do than for the English text, as there is a one-to-one mapping from strings in VBA_SH to in-game ones. Unfortunately, this is much
harder for the English translation; I'm planning to do this in a semi-automated way. I'll have to see to what extent I can automate the process.

The game uses 16x16 sprites for glyphs. I have implemented variable-width font rendering, but have not modified the built-in fonts in any way. There are
English and Russian fonts, so adding support for other languages would require creating and embedding new glyphs. Furthermore, SJIS is used for
text encoding, which, apparently, cannot encode many Latin scripts.

I would be interested in some feedback on text rendering. Does the rendered text look good, or is there anything in your opinion that can be improved? 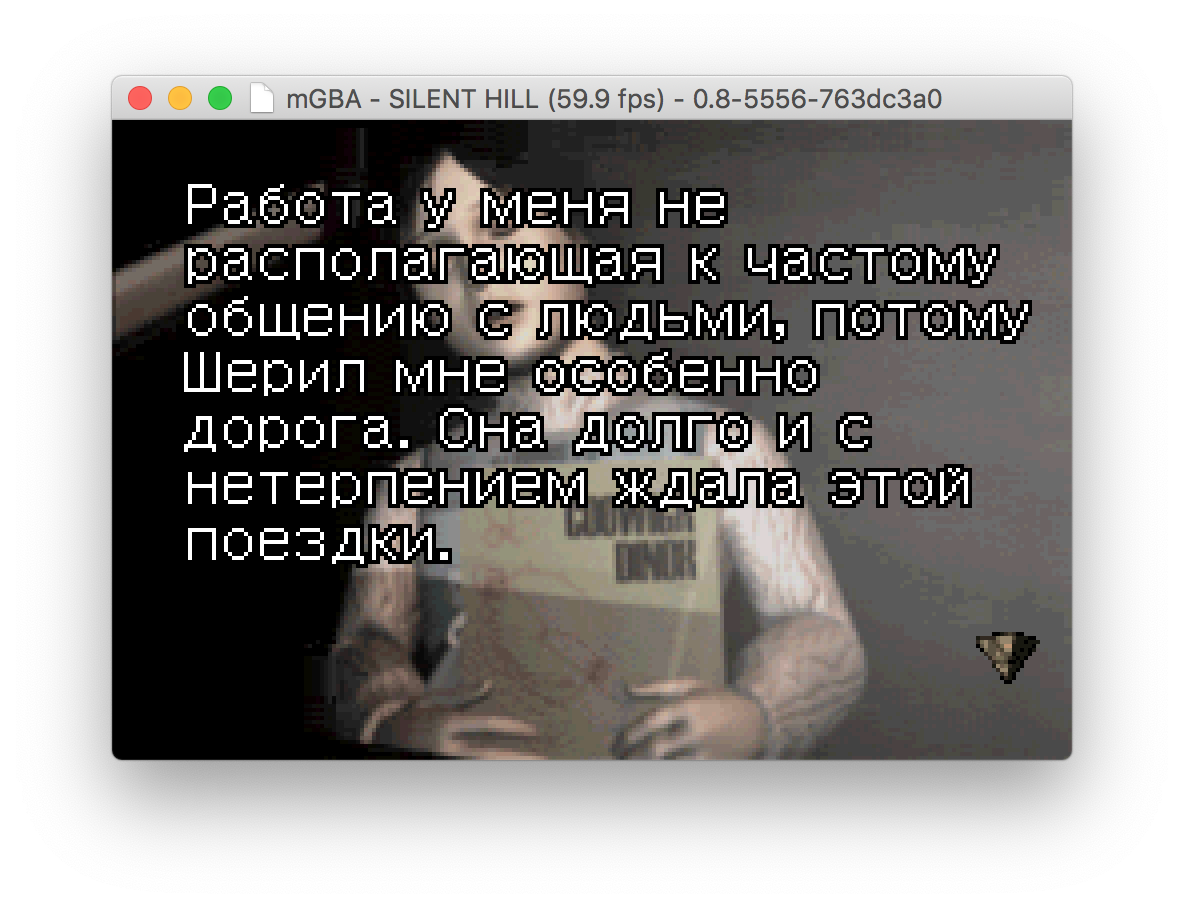 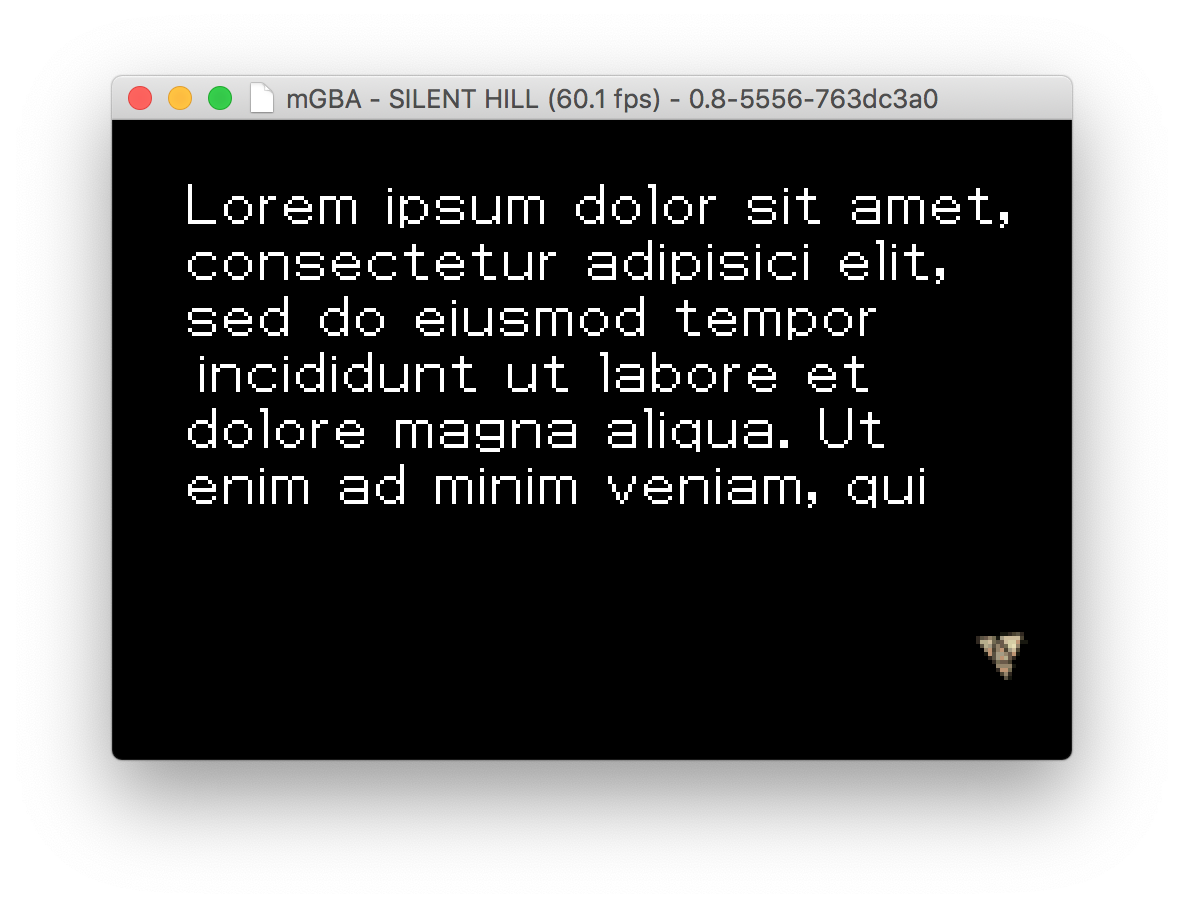