« on: April 13, 2018, 10:16:43 pm »
Preface
In 1995, Tecmo released Ninja Gaiden Trilogy for the Super Nintendo Entertainment System. As many other companies had done during that generation, Tecmo ported some of their classic NES games to a more powerful, 16-bit system. Unlike the other companies, though, Tecmo put in as little effort as possible to bring over their games to the newer console. Let's look at the graphical side of the port. They're usually more detailed and better than they are in the original NES versions. However, they have no additional graphics added anywhere. In fact, some graphical effects have been removed from the SNES compilation, leaving less flair than the original games! The graphics we have here appear to have been just painted over the NES tiles and sprites with no additional graphics made.

Funny enough, this actually makes the compilation's graphics prime for extraction and reimplementation into a graphics pack for Mesen. I've been doing just that, and then some. 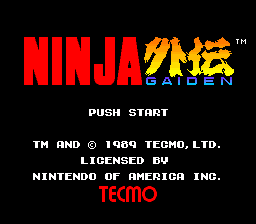 The first game in the NES trilogy. Its combination of solid action-platforming gameplay and then-revelatory storytelling through cinematics made for a special experience back in the day. 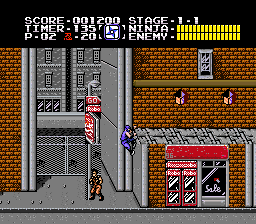 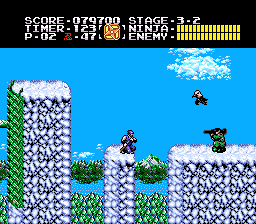 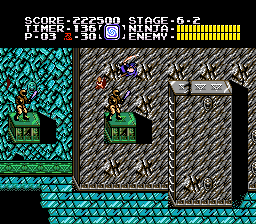 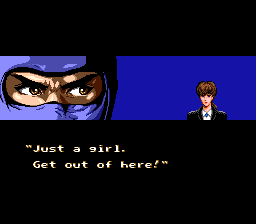 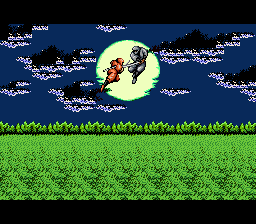 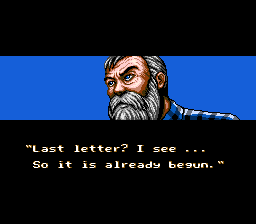 I made this pack awhile ago, long before Mesen 0.9.5 came out. The reason I never made a topic for it is because I'm fairly dissatisfied with how it is right now. Stage fade palettes don't really make any sense, and the LSD-like effect that occurs when you get a Game Over is too obnoxious to make hundreds of extra graphics files for. Ideally I'll be able to distribute a patch alongside the pack that standardizes stage fades to work similar to how they do in Ninja Gaiden II and remove the Game Over effect altogether. Until then, the game will display the NES graphics when these palette changes occur.

Regardless, every graphic in the game has been touched in this pack. Alongside porting the graphics from Trilogy, it includes the following changes: 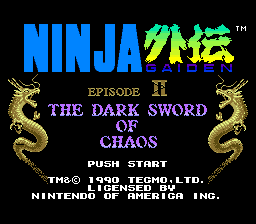 The sequel. Refined controls, well-balanced difficulty, neat stage design, and high-end aesthetics for the time make for one of the best games to ever come out for the NES. 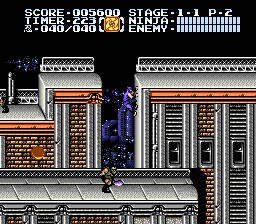 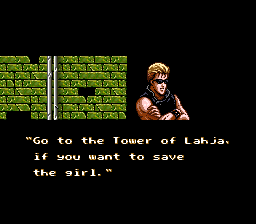 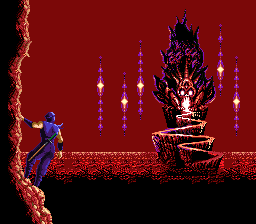 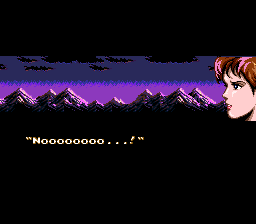 I made this pack in tandem with the release of Mesen 0.9.5, so it makes use of extra conditionals included in that version and beyond. I'm incredibly happy with how it's turned out and consider it complete. Every graphic and used palette combination (besides the HUD, which actually has more unique detail in the NES version) should be covered in this pack, making most user changes just a simple touch-up in Paint/Photoshop.

Alongside porting the graphics from Trilogy, it includes the following changes on top of the SNES version's graphics: 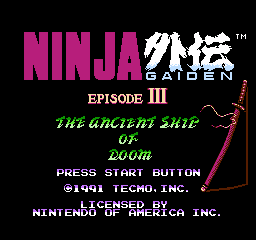 The red-headed stepchild of the NES trilogy. A ridiculous storyline and imbalanced and impossible difficulty (in the U.S. release) doom its reputation.

I don't know if I'll do a pack for Ninja Gaiden III. Aside from not caring for the game itself, the amount of time and effort it would take to make a pack for this game is significantly longer than for either of the other two games. Stage palette fades are so specific and numerous that it'd triple the amount of code needed to cover those graphics. That, and the fact that the Trilogy version of this game has less effort put into it than the other two games graphics-wise, puts me off of working on it. Never say never, but don't count on it.

Many thanks to Sour for all the work done on Mesen and for applying feedback to it in spectacular fashion. You'll need to use the latest version of Mesen to use these packs. Extract the .zip file for the pack to the HdPacks folder that Mesen creates. If you're using the standalone emulator on Windows, for example, it's under [OS Drive]:/Users/[username]/Documents/Mesen. If you're using the libretro core for Mesen, HdPacks is found in the "system" folder. Make sure the ROM file you load and the graphics pack folder for a given game share the same name.

All feedback is appreciated. Enjoy!
Pages: [1]