I'm working on a GBC hack and I'm having trouble with the tilemaps.

My usual method (which I used succesfuly with GBA games) is locating a tile using VBA's Map viewer function (image 1), getting the address for that tile and then looking for that address in VBA's Memory viewer function. Usually that brings me to the place where the sequence of the tiles is stored (as well as tile atributes like palette, flip, etc.), and then I can easily edit the sequence to fit my objectives. But with GBC games (or this particular game, I've not tried others) this brings me to a place where only the tile atributes are stored (image 2) , which sucks because I really need the edit the sequence of the tiles, aka the tilemap.

I've tried searching the ROM for the hexadecimal sequence of the tiles but I couldn't find. My guess is they are stored in a different way. Can someone please help me? 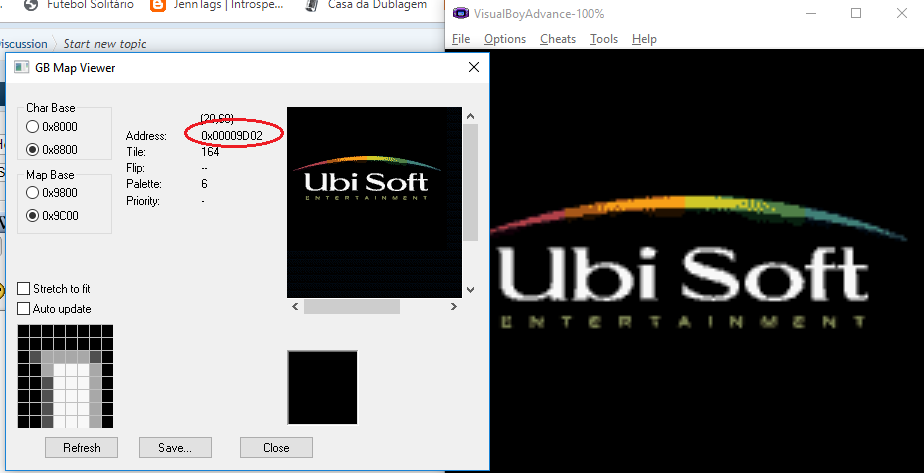 « on: January 30, 2019, 11:49:24 am »
So far I've translated this game as much as a person with no knowledge of Japanese and access to Google Translate could - and that would be something like 98%. Only a small amount of text in graphics is left untranslated, some more complicated kanji that I could not draw properly on several kanji-identifying websites I tried.
So I'm looking for someone who could translate for me. It's really very little work. Any fluent Japanese speaker could do it in half an hour. If anyone is up I would provide the graphics (something like six or seven small image files) with the Japanese text. I'm attaching an example of them. 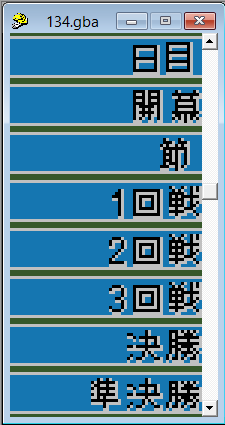 Description
I've been putting together information about hacking of this game for a long time. I always planned to release a hack with updated teams using this game.

I'm also hacking some palettes and uncompressed graphics. I've been trying for years to figure out decompression routines (for there's a great deal of compressed graphics I'd like to edit, like that giant "97" on the main menu, see image below) but I'm just not good with ASM.

That's it. I'm planning to start editions when the European transfer window is closed, so the hack may be released  in early October. More screenshots soon! « on: October 04, 2014, 12:24:13 pm »
I'm trying to edit FIFA 97 Main Menu background and I couldn't find it with tile editors. Does that always means that the data is compressed? I had Nemesis Searcher check for Nemesis compression and it found nothing; I know it can be some other kind of compression though.

Anyway, via Genesis Savestate Viewer I've located the VRAM address of the data I want to edit (57A0). 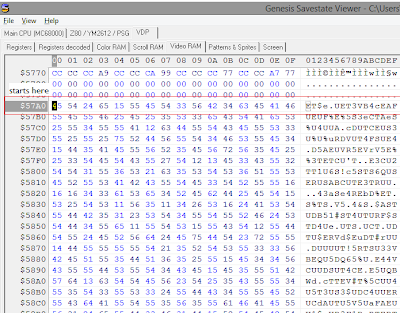 I used Gens Tracer to trace the instructions; what I have now is a 2 MB trace log

. I searched for the 57A0 address in the log and I found dozens of instances. Here's the first one: