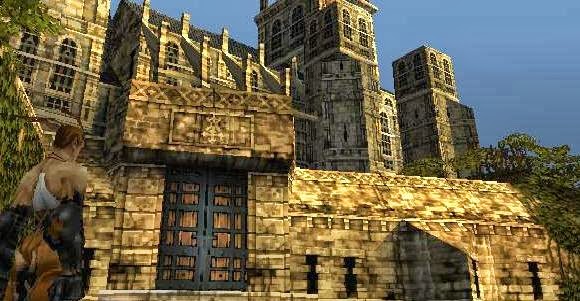 Gaming Discussion / Re: Did any of you ever play retro western RPGs?

« on: January 10, 2017, 11:14:31 am »
huh, i actually liked the psp remake of megamanx. remixing the armor placement was nice for variety and the voices are way better than megaman x4 and 5. the original is still better admittedly, but doesnt make the remake bad per se.
6

Gaming Discussion / Re: Clearing the Backlog.

seriously enough, i only to intendo play liek half of my collection, because qute a few are from my obsession of buying shitty bundles.
7

Gaming Discussion / Re: Did any of you ever play retro western RPGs?

It was released 17 years ago, during the win98 era, and it lists pentium 3 as part of its recommended requirements. Its pretty retro already.

There has been a wave of games with meaningful choices and shit. You can try out Lisa if you can stand the grim darkness of it. Undertale too. Amusingly both take the jrpg formula and play with a few wrpgs concepts (not necessarily mechanics tho) into it.
8

« on: December 13, 2016, 08:53:04 am »
ZSNES features rewind in a more rollback format, where it simply reloads a savestate from like 3 seconds ago. Retroarch (and Im guessing quicknes and co) play the thing backwards.
9

Gaming Discussion / Re: Is there a game you love but cannot beat or master?

Honeslty I found the megaman x games to be usually easier than the classic series due to the crazy increased mobility options. When I was like 16 I would daily go home and beat megaman x for like the 129830796173246nth time.
10

Gaming Discussion / Re: I want to play a game.

If you are into turn based strategy, go for XCOM for PS3/Steam and Valkyria Chronicles  for 360/PS3/Steam.

If you like Hack and Slash with some meat in their combat, go for Dragon's Dogma for 360/PS3/Steam, Demon's Souls for PS3

Gaming Discussion / Re: Can't run Langrisser I on Win XP

Gaming Discussion / Re: What is the future of the Japanese gaming industry?

Gaming Discussion / Re: What is the future of the Japanese gaming industry?

The belief that certain big companies in Japan care more for their "home" fanbase than overseas is usually more like a general breakdown in communication.  They have people observing and it's evident in parts, but somehow or another the information doesn't make it's way to the higher-ups all the time.  Square-Enix is another example of this, maybe one that's even more evident depending on how you look at it.
I only remember what I read by now, not specific enough to make up a quote.  It's kinda old-ish in Internet time but I'll try to track it down.

ah, got it. Yeah, that makes sense as well. I have been giving thought to this and I also believe there were some stakes in regards to Other M too
17


And what I posted at the other thread:

In addition, a trademark may be deemed abandoned if the trademark owner purports to assign its mark separate and apart from the goodwill represented by the mark. Under U.S. trademark law, this often is referred to as an “assignment in gross” of the mark. Other countries may recognize assignments without the associated goodwill. Always check with local counsel in the country in which an assignment is contemplated."

As far as I know, we dont call videogames metroids. There is no confusion that official metroid products are being developed by someone other than nintendo. People wont go looking at Doctor M64 believing his page is the source of all metroid games either.


Mooooom, all my friends like to play that call of duty pokemon!


There is a more valid copyright claim, specially om am2r since it is an actual remake, which would be considered a superior product over the original that i think is sold on vc.


As for this pokemon game, I dont ereally know much about it haha. The Pokemon Company would be the more affected ones over Nintendo anyway.
18

Gaming Discussion / Re: What. are you playing?

Age of Empires + RoR expansion with Upatch HD, and Darksiders II DE. Really enjoying both of them.