« on: February 15, 2018, 07:15:09 am »
I'm still really interested in the idea of taking the English script of SMT1's iPhone version and inserting it into the GBA ROM. A project like this actually did exist at one point, but the person in question unfortunately has been MiA for a while: https://gbatemp.net/threads/anybody-interested-in-shin-megami-tensei-1-gba-fantrad.451126/

I'm not actually sure if the iPhone version is just the GBA ROM running in an emulator or a straight-up port similar to the MegaMan Zero Collection on the DS. I know it does use the PlayStation version's OST which I guess hints at the latter? If it's the former though, it should be doable to just extract the ROM from the app or something and make it playable that way.
2

« on: November 20, 2017, 05:29:43 pm »
As some of you may know, the Wii version of Okami was released in Japan a few months after it came out in the West, which gave the team some extra time to make a lot of improvements to it (specifically the controls and restoring the original credits sequence from the PS2 original). Now as far as I'm aware the Japanese version doesn't have English text - if it did though, it would probably be my preferred version of the game. Is anyone else interested in the idea of either a) adding English text to the Japanese Wii version of Okami or b) finding some way to fold all the improvements from the Japanese version back into the Western releases? I have next to no programming knowledge, but if anyone were interested in pursuing this idea, I'd be glad to help any way I can.
3

I love Shin Megami Tensei IV, much more so than its direct follow-up Apocalypse; it's undeniable though that a lot of the smaller niggles in the original game were fixed with the sequel. In my mind a lot of these problems should be easily fixable via hacking, but since I have next to no knowledge in that field, I thought I should at least put this idea out there. I don't want to come off as entitled and like I expect people to take up this task now, I just thought it's an idea worth proposing and that talking about it might generate interest.

SMT IV was heavily criticized for its reliance on guest artists for a number of its demon designs. The designs themselves weren't terrible, but the style in which a lot of them were drawn made them look like pencil sketches. As a response to this backlash, Masayuki Doi, the game's main character designer, decided to redraw these designs in his own style, making for a much more cohesive experience. Out of all of the fixes I have in mind, this would probably be the simplest one to pull off; I imagine you'd only have to do replace the image files for the portraits in question with their respective counterparts in Apocalypse (every demon also has only one portrait each, unlike the human characters who have different images for different facial expressions.) 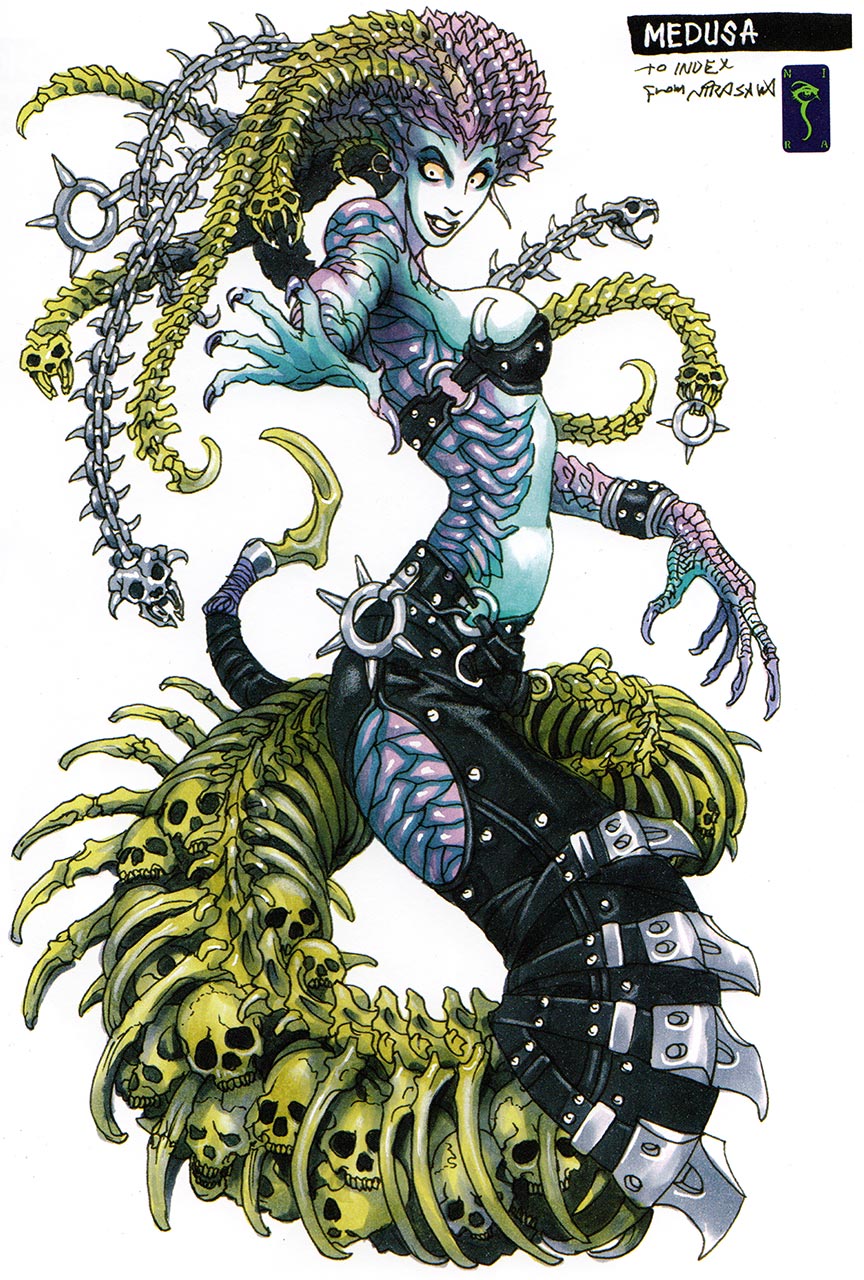 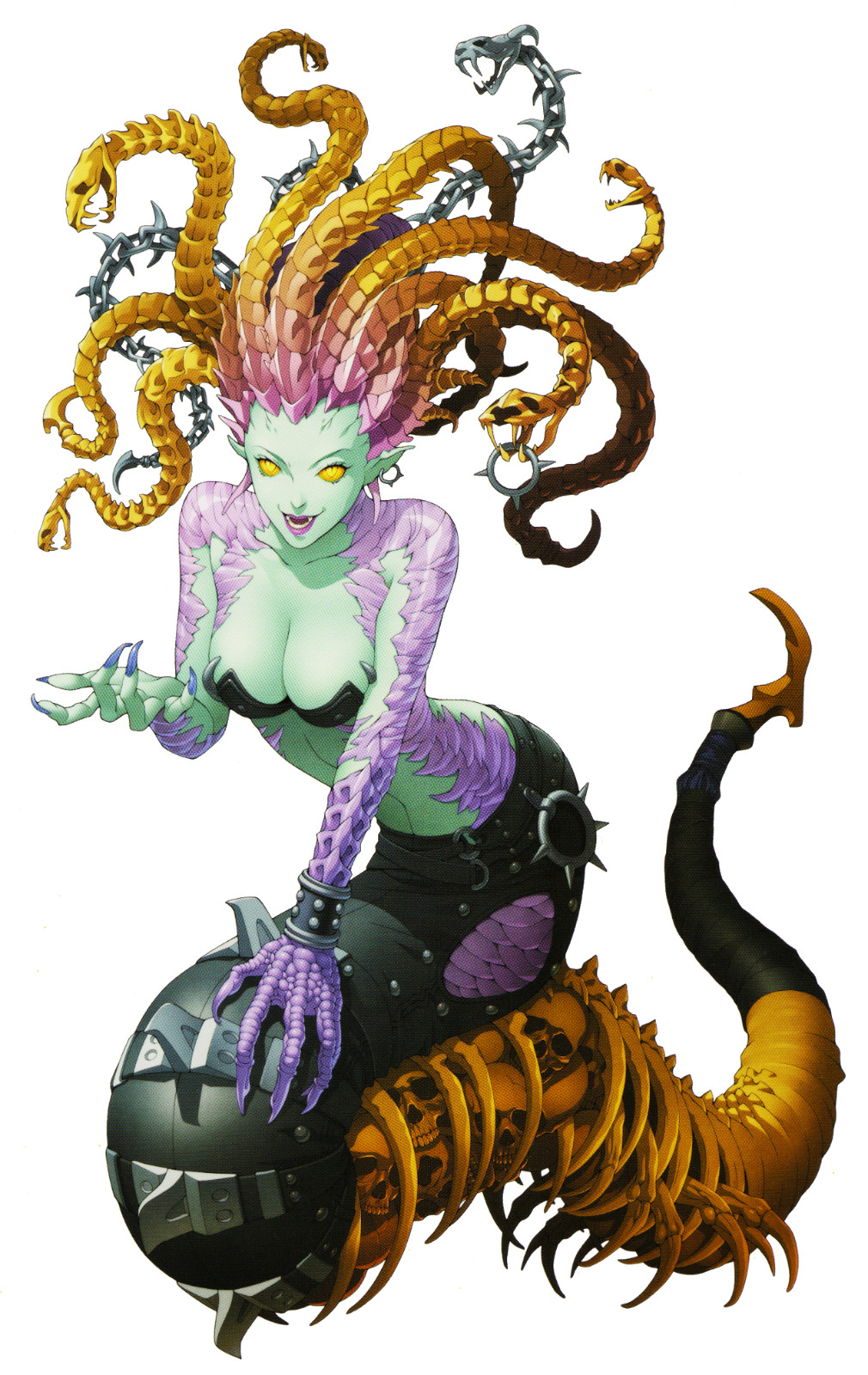 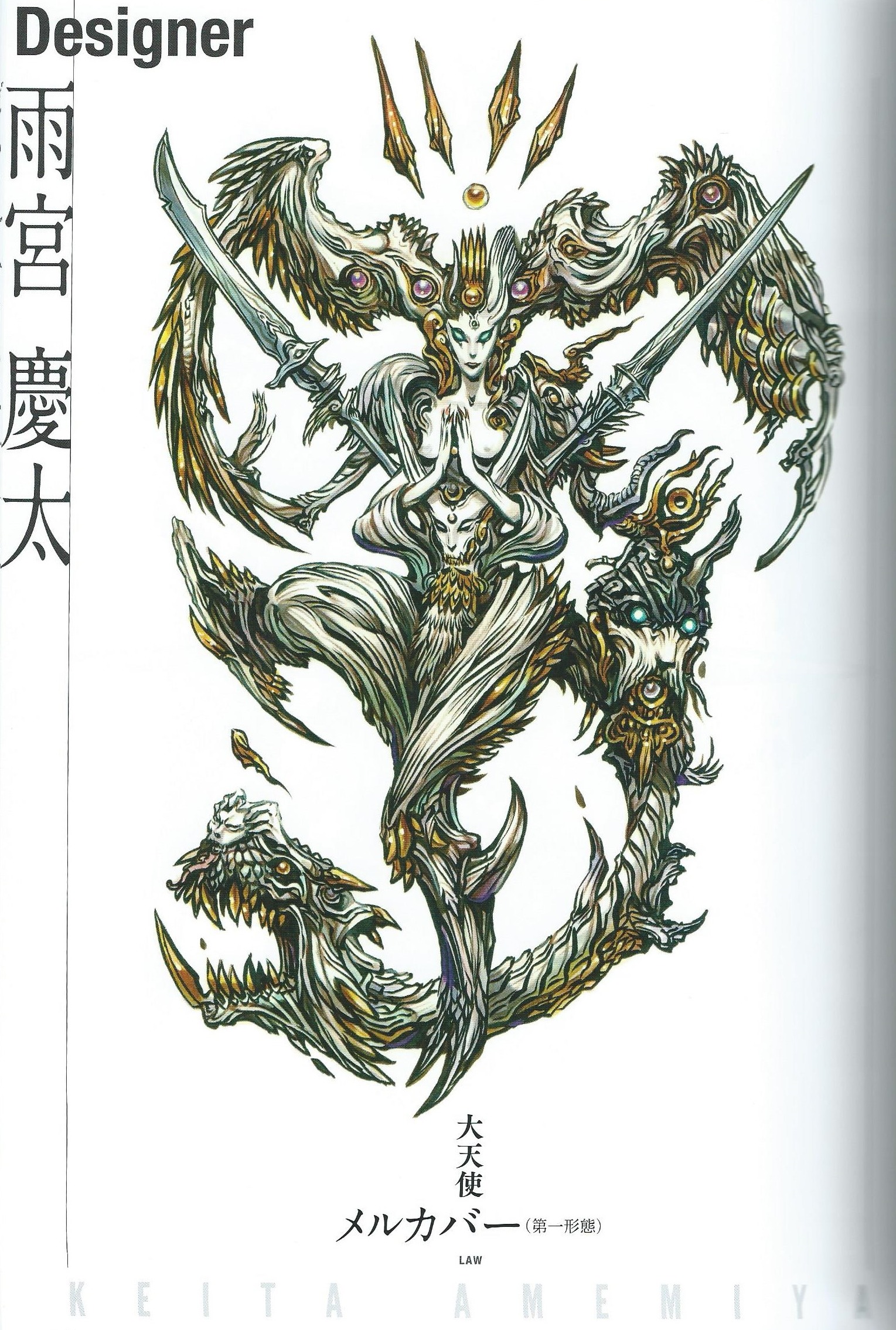 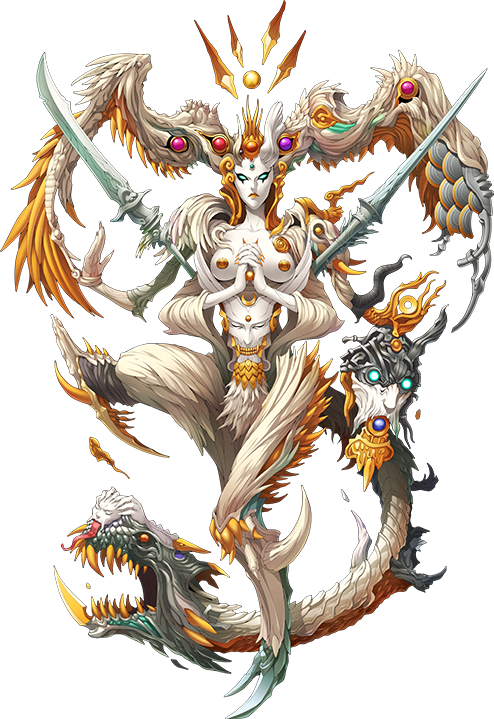 Lucifer: The Apocalypse drawing is an improvement, but I'm not really big on this sh*t-eating grin they gave him. Lucifer never struck me as a generic evil guy, so this could use an edit.
Spoiler: Potential Challenges: Unfortunately, not all of the demons drawn by guest artists reappear in Apocalypse, meaning they had no chance to be redrawn by Doi. The demons in question include the four Archangels and some of the one-off boss encounters. A lot of the latter ones don't actually clash with Doi's style very much, I honestly think designs like Kouga Saburo and Minotaur are legitimately great. For the Archangels it'd be very much possible to just use Kaneko's classic original designs instead, though I'm not really a fan of that idea since they look nothing like Merkabah and I don't think they really fit what SMT IV was going for; their somewhat grotesque appearance (despite a lot of elements that are normally considered aesthetically appealing) was kind of the point.

For what it's worth though, we can replace basically all of SMT IV'S most prominent demons with their Apocalypse counterparts, and that would already be a huge improvement in my book.

Atlus games have been known for their great UIs as of late, but SMT IV had a few baffling oversights. There's no way to change the order of your skills (neither for Flynn or any of his demons), which was really aggravating to me and mercifully fixed in Apocalypse. Another strange omission was the manual fusion feature from past SMT games - you could only do a search and then select from the available potential fusion results. This wasn't really a critical feature, but removing it is really only a downgrade, which is why that was also brought back with the sequel.

One of my biggest gripes with Apocalypse is how exploration was neutered; I know a lot of people found SMT IV's world map to be confusing to navigate, but this was "fixed" way too much in the sequel with how it never stops holding your hand and explicitly showing you where to go and putting bridges everywhere so you don't get lost. Getting lost isn't a bad thing in my opinion, and I wouldn't want to ruin this aspect of SMT IV by adding objective markers and such. That said, I don't think I'd be against at least showing location names on the bottom screen map like in Apocalypse once you've actually been to that location for the first time.

Another thing that falls in the same category for me is having to unlock hard mode by beating the game once, whereas it's available from the start in Apocalypse. I've played through the eShop version a couple times now, but if I want to start a fresh save on Master Mode I'd have to wipe my original file. I own a physical copy that I could play instead, but on that one I don't have Master Mode unlocked. It's a huge annoyance for experienced players and very much worth fixing in my opinion.

In that same vein, another great feature would be an increase in save slots. SMT IV has only two (both the eShop and physical versions), whereas this number was bumped up to five with Apocalypse (one on the cart, four on the SD card.) I don't really know if this is possible via hacking, but it'd be worth investigating.

There might be other things worth fixing along those lines, but these are the most significant problems I can think of off the top of my head.

This is something I'm personally not too fussed about, but I know it's a huge deal to a lot of people. Pure magic builds have the potential to absolutely destroy this game, and while I kind of enjoy SMT IV's ridiculous and unpredictable difficulty curve myself, I can absolutely see how one would want to take another look at some of the numbers and stats in this game and tweak them slightly. Just like the art this is something that would have to be discussed in more detail if we can actually get a project like this off the ground, right now it's hard for me to say what would need changing and what would be better left alone.

I have to say that I'm not really fond of how Smirks were nerfed in Apocalypse, they were so insanely broken that they made the game a lot more unpredictable and exciting in my opinion. I do like the idea of giving certain skills bonus properties depending on whether or not Smirk is active, and this is yet another thing that could be folded back into SMT IV. While I did kind of miss how Hama and Mudo worked originally, I found myself using them much more often in the sequel, and it was very satisfying.

The most important universal game balance change I would like to see in SMT IV are skill affinities though. It was very easy for demons to become mere palette swaps of each other with how open and free-form the fusion system was, and Apocalypse wisely made it so that a skill's effectiveness varies dramatically from demon to demon; a Jack Frost wielding Agidyne like it's nothing was a thing of the past now, and it encouraged much more careful consideration of your demons' stats and available skills. Putting this system into SMT IV would improve the game massively in my opinion.

This is basically everything I would like to see changed in a potential SMT IV ROM Hack, though I'm sure I there's stuff I forgot about. I'd be happy to do whatever I can to help out in case there really are people with hacking skills interested in this idea, and of course I want to encourage even more suggestions and potential changes. Either way I'm happy I at least tried and got to put these ideas out there.
5

« on: August 22, 2017, 07:51:43 pm »
Hey y'all. I'll get straight to the point, there are two significant improvement hacks for the original Metroid, mOTHER (http://www.romhacking.net/hacks/1988/, lots of visual improvements + a save feature) and Metroid99 (http://www.romhacking.net/hacks/504/, start the game with full health). However, my attempts to use both patches simultaneously haven't been successful. Once I apply the mOTHER hack, Metroid99 essentially becomes inactive. The order in which you apply both hacks doesn't change this.

Has anyone figured out a way to use both hacks simultaneously? Can Metroid99 be folded into mOTHER somehow? I'd very much appreciate it if someone could help me out.
6