Quote from: Bonesy on June 08, 2021, 10:40:39 PM
if people had actually read the pinned threads in this board before posting they would know it is here

-Clean background to have a seamless effect then remove repetitive NPC
-Everyone had there specials in the Original SF2 like Ken having Shoryuken.
-Responsive and Forgiving special move execution commands.
-Increase the horizontal distance from the ground or increase the Y axis not ground bound special moves
ie Hurricane kick. To look visually more akin to other SF2 games in visual standpoint. 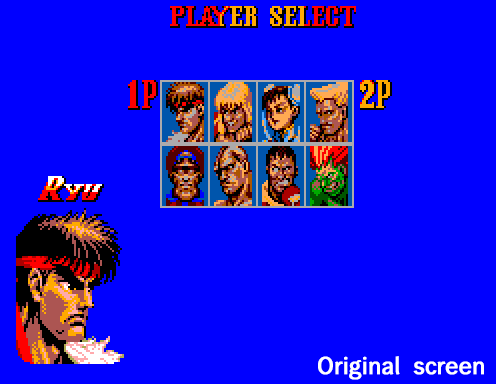 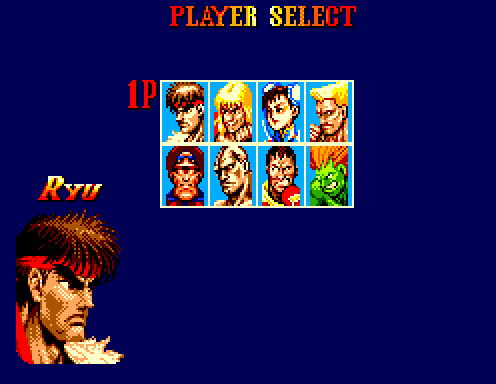 - Easy selectable and accessible WW bosses, You can change version inbetween rounds, if even possible to add Violent Ken and Evil Ryu 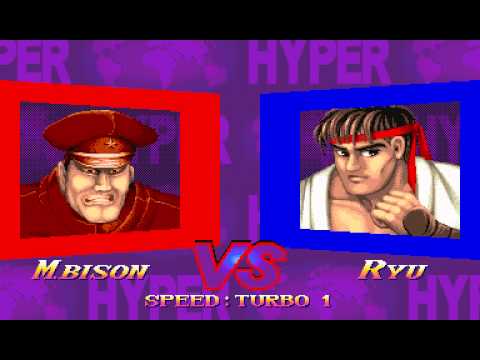 There were other works interpretation of colored version that is completed by Seong-jin for Mugen Stage. That can be used as inspiration. 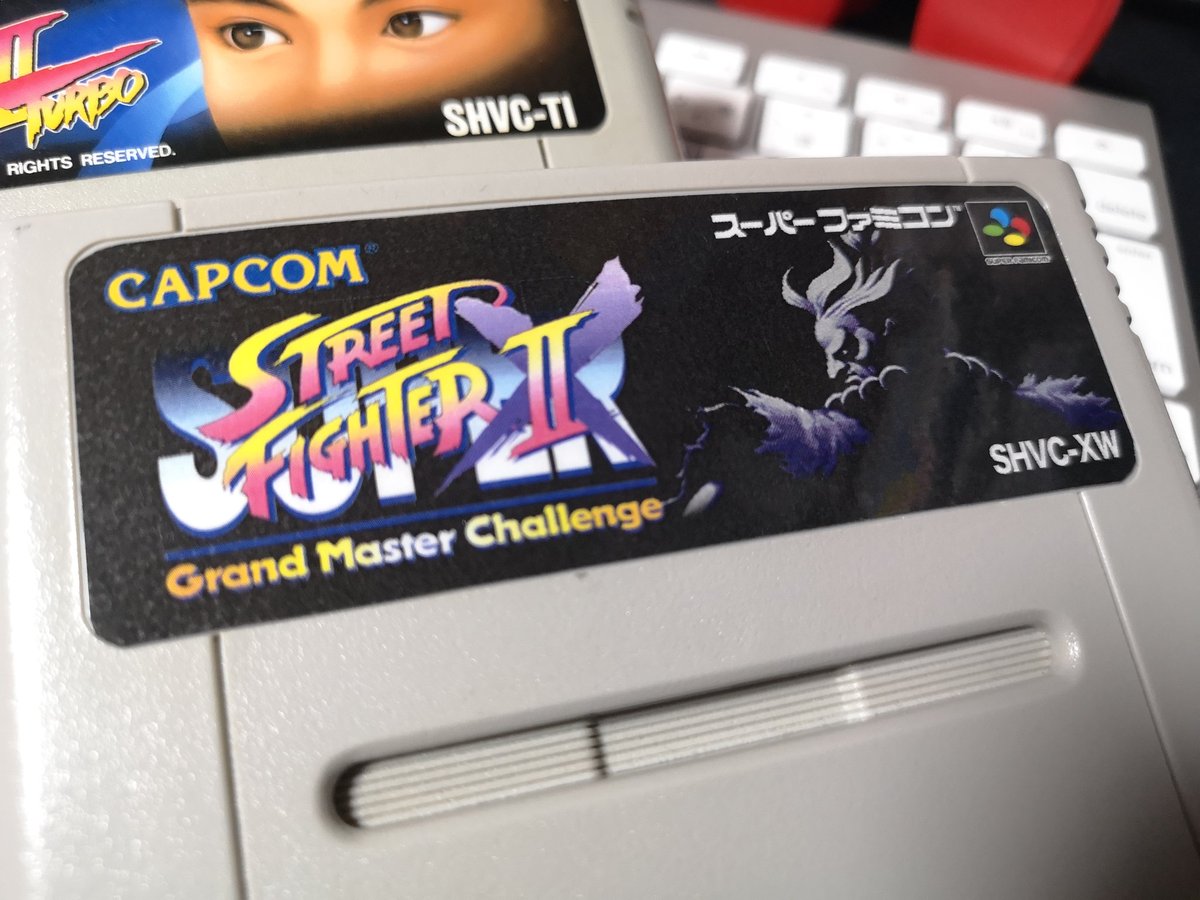 It has nothing to do with snes, the graphic in snes were based from super. The same thing gameboy, amiga and etc did.

The improvement here is functionality and graphics
#7

the sprite i realize it late but the choice of sprite was a good move.

If they could add elemental attack like ryu's hadouken will always have a fire effect and ken has a fife effect on shoryuken.

The distinction would had be morr stronger.
#8

Thank you for the great additional stuff.

@Lusofunia yes the other kinda bit muddy on colors it kinda c64 palletes. i think this sebastianàngel will have a better experience in versus mode.

Yet its too early to decide on the gameplay. Its still likely both would would have diferent experience hoping that both will be great
#9

So it doesn't matter. They are different games at there own.

And both have different technicality.

Quote from: SomeOldGuy on April 19, 2021, 09:15:43 PM
Hey Sebastian!  Would you consider changing a few pixels and fixing Ryu's huge nose?  That thing is killing me hi man can i ask what tool or software are you using in that comment?

Quote from: saitoh00 on March 09, 2021, 03:00:55 AM
It is very good news, the truth is that since final fight ae was launched, more than one of us have wondered if it would be possible on other boards.

I have to ask, which board would you like to choose to be the first to have 4-player support? Have you "played" with any in particular?

Four Player would be interesting with Lucia and Maki as additional characters if it teachnically possible.
#14

Im okay without people but also Its better even with static people that are static. IMHO

But whatever they are going for im okay with it. Everything kinda look fine and 10x better than before.

As for stage don't know if animation area is assigned with the stages so it's not easy to swap or change it.

I believe the project is more skinning the existing sprites than adding new sprites.correct me if im wrong guys thanks

Quote from: sics on March 23, 2021, 02:28:36 AM
shakunetsu
Maybe it will be useful in the future, although at this moment it's not in my plans, anyway, they are very interesting concepts, specially for those of us who dream about developing videogames, thank you very much for the information

Thank you very much sics for being informative and explaining detais regarding technicality of the project.

What I am sure is that they could tweak color palletes so the projectile color could be fix or adjusted.
#18

7. Will they fix the technique commands for the characters?

In the past I had already said that I was not interested in collaborating on that aspect, but later they found a hack that implemented a series of variations in the controls of this game, so I secretly planned to adapt it to the needs of this project to incorporate these changes, although as I explained, this is no longer a hack, so this plan is no longer valid.

The only good news about it, besides the song6502 comment of course, is that modifying the controls of a game is not as difficult as many think, but without really knowing what it means to do it through the source code, I am not convinced that I want to commit to doing it.

More if I take into account that I do not know how the controls of a good fighting game should really be...

I hope this would help.

For basic moves and command/input

Here is the Legend or guide to the term of buttons:

"+"=Pressing both buttons at the same time together.

Then here are some examples that would also work for the rest of the cast with the commands:


Shortcuts are commonly shown in versus games. Like Xmen.vs.SF and Marvel.vs.SF.

Then the second approach

Im not fan of the commands for mobile devices but I just included it if you guys are interested or its more comfortable to you.

I prefer shorcuts than easy mobile commands. I know in the past comments someone already suggested the easy commands.

So im introducing shorcuts if you guys are interested.

Overall its what you guys prefer would be in the game. and I will fully support it.

Quote from: Lusofonia on March 18, 2021, 07:45:48 PM
Thank you very much for the answer, sics. Another thing that I don't know if could be fixed are Ryu/Ken's red hadoukens, but honestly I like the red hadoukens because it makes themm look fiery, and in later SF games Ryu has fire hadoukens.

For a guy that is an avid fan of SF and continously updated on everything regarding SF.

the fire hadouken is called as SHAKUNETSU HADOUKEN.

which is my username also. Because I used to consistently throw Shakunetsu Hadouken everytime.

The thing is that Shakunetsu Hadouken is long gone for Ryu.

There Fire Hadouken is now with Ken. In the later SF games.

And Ryu now has electric Hadouken.

SF5 and SF4 has no Shakunetsu hadouken anymore

So plain hadouken non-fire is already okay. No need to change them.
#19

March 11, 2021, 09:47:15 AM
I dunno about editing special mods command if its possible. But adding new moves and characters were the one mentioned earlier
#20

March 07, 2021, 02:30:24 AM
Hey guys there is a huge need for technical knowledge if your asking for new characters and new moves. According to sics and sebastian angel in previous post. Thats was the most frequent request here.