that uses the underground music

« on: July 22, 2021, 01:34:22 pm »
The other problem is that technically there's no "exact" colors on the NES. It depends on which TV or emulator/palette you use. So it's not possible to exactly copy colors how they are on the X1. The previous attempt someone made in one of the old patches looked pretty bad

And the intro scrolling works fine?

yup. I'll use a different emulator from now on lol

I forgot to mention the first "underground" bonus area in 6-2 also has the above ground music. Should be easy to fix if the other one is. Also, don't  remember seeing any checkpoints throughout the game. But I just checked the X1 version and there are apparently no checkpoints in the first three levels there either. That's crazy man
4

which emulator are you using?  I am using a trick to turn on the PPU later and turn it off earlier, but it works properly on my real NES and all emulators I tried

Was using BizHawk. Gonna try finishing World 8 again to see if it was a one-off bug or not.

Looks like another place where the background will need to be modified to add the tree instead of the hill too... I wonder how much left to change backgrounds to mach the original game backgrounds are left?

There are a bunch of small differences with the backgrounds, but most of the major ones have been covered, or at least have the same feel as the originals. I asked about this before and he said it wouldn't be feasible to give every level a different background.

Alright, got the bug on video. As a bonus, I also found another bug(?) in which the palette changes to the underground palette at the Bowser fight on 8-4 (in NES color mode). No idea about that.

- The last Koopa on the mushroom near the end of World 3-2 was a jumping Paratroopa in the original SMB Special rather than a regular Koopa as it is in this hack. This one:

- After I beat the game the text of the credits were flickering rapidly and it wasn't possible to read them. Was going to record a video of it but my computer crashed lol. Could've been the emulator I was using, I'll try to get another video later maybe

- The last area of World 2-3 with the castle and black sky is actually above ground and plays the above ground music, rather than underground, despite how it looks. I think in vanilla SMB, the music is dependent on what type of level it is, but you might be able to bypass those limits depending on how much you've modified the engine, I'm not sure. If it's not possible though then w/e

- The sea bricks above water might look better if the green palette was changed to this color for those two rooms. It also effects the pipes/trees/etc. but they still look fine. Again though, not a huge issue
6

This is what you've all been waiting for

It's labeled version 1.0 so technically not a beta, but please post any bugs or issues you find and I'll sort them out before posting a full public release to the RHDN database

When reporting bugs/issues, please include screen shots so it's easier to track them down

Is it just me, or does the link not work? It takes me to a blank white page.
7

ROM Hacking Discussion / Re: Anyone Interested in Doing \"SMB Special\" for NES?

I did experiment with mockups a few days ago to sort-of replicate parts of the original PC88/X1 versions to greater detail, and that included altering the "green" palette a bit further on the three rooms that used the underwater tiles. 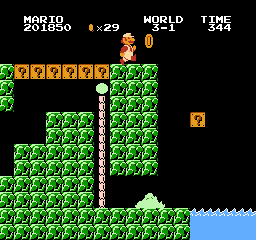 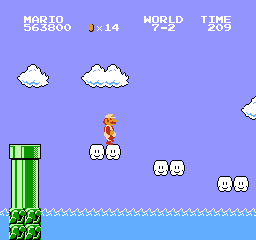 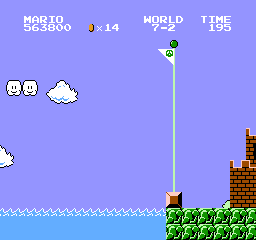 That looks pretty good! The bushes/trees/pipes being the same color as the sea bricks looks better than vice versa imo, at least in these areas

Wow i never noticed those bricks are supposed to be castle colored.  Looking at the pc88 maps those bricks are an orange/brownish color.... which is the same color as in the castles, but out of context it wasn't very obvious. Probably won't implement that

It's more obvious in the X1 version where they're white. It could use the cloud palette but it would also need a separate brick graphic, might not be worth it to include 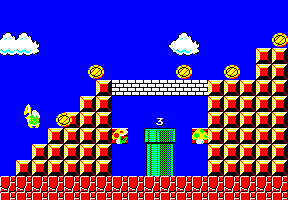 This is awesome work! Will you also get the art assets like seeing coral seen in the overworld water pits, or under bridges showing up? Like in the real game?

Yes, some screenshots of the coral were posted a few pages back:

maybe the trees, since some of their placement seems to be "artistic".. the bushes and the rest not gonna worry about as much. 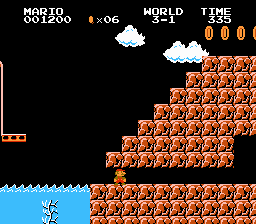 getting some of these screens totally accurate is more complicated than adding a few of the power ups! 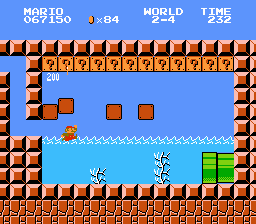 And there will be multiple color schemes IIRC, but the main one that combines both the NES and Sharp X1 colors looks good to me. There's probably not much of a point to adding a screen-by-screen scrolling option, though.
8 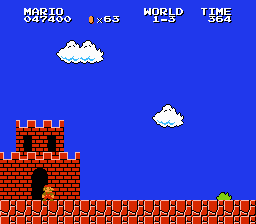 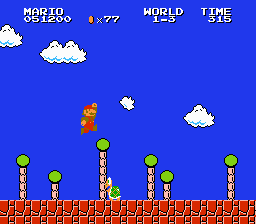 It'd also be cool to include the green hills with the black dots in different locations than normal (like as seen in 1-1), though if it's too difficult to implement for how minor of a difference it makes it's not a big deal.
9

« on: April 16, 2021, 04:59:35 pm »
Would it be possible to implement the backgrounds and tiles from the original version? Like having the trees and bushes being the same sizes in the same places, the underwater blocks being above water in 3-1, etc.
10

Yes, I changed them back to the same order as in the North-American game. There is some dispute on the matter as to which text belongs to which ending.

This order also matches the original Japanese version, although my text does not mention spring flowers.

That's what I mean. I got the fast ending (the one with the red sky and Dracula coming back) but the second person text that talks about Simon being remembered for his bravery and courage.

Brahm should be the correct. I will fix this in the next release. Thanks for the notification.
This was correct in the French, Finnish and Tagalog versions, but misspelled in the English and Dutch versions.

As for the additional dialog, I like to keep those as easter eggs, but maybe I can reveal some clues as to where those might be located%u2026

Thanks for the response!

I wasn't sure if you knew about this. It may have borrowed stuff from your hack.

This changes a bit too much of the game for my liking, but it does have some neat ideas, like being able to see which items you have equipped, amount of hearts, and the time of day without pausing, and being able to see the amount of lives left at all. I didn't realize until halfway through my first playthrough that most subweapons consumed hearts, lol.
14

I'm curious to what the "Additional dialog in select places" option actually entails? I don't see a difference judging from the NPC dialogue in Jova at least, and haven't found an answer from skimming this thread.

Edit: I also noticed a minor inconsistency with the spelling of Brahm's Mansion. In the second hint found in Berkeley Mansion (and possibly other places as well) it's spelled "Brahm", but on the map it's spelled "Bram". Not sure if it's intentional but I thought I'd point it out in case it isn't. 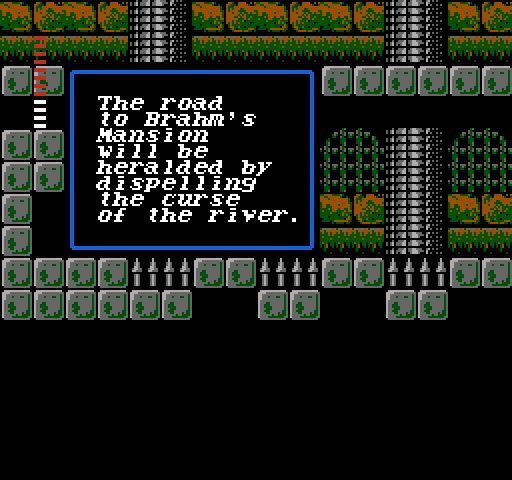 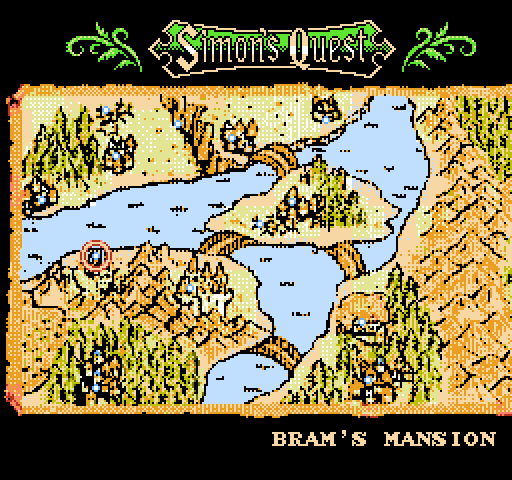