Hey, kmilloz.  Dha Lau Hoo actually already created that tutorial, which you'll find here.  That's how I was able to get my turtle portraits into the game.

These are .bin files I created while working through the tutorial, but it's been a good year or so since I've done anything with them, so use at your own risk. 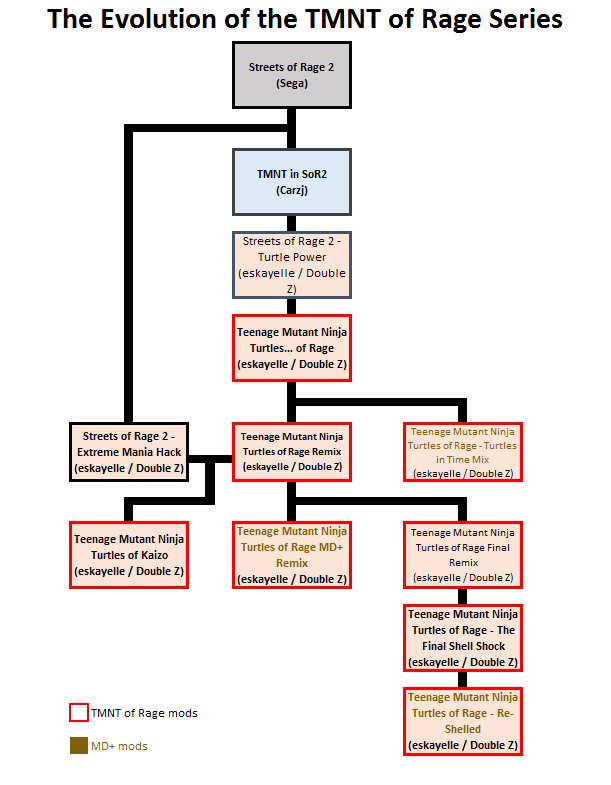 Romhacking has been a fun process.  With each iteration I’ve developed, I’ve realized that there’s a few more things I can likely figure out and do.  And so, just like my NBA Jam TE series, one TMNT mod became another, and another, and another, each one improving more over the last, till I finally made it through The Final Shell Shock.

Hopefully, you’ve some of these mods enjoyable too.  In the meantime, let’s get back to a little unfinished business…

I’m not the biggest fan of intro screens added to romhacks.  Unless they blend with the original spirit and style of the game, my thoughts are to leave them out.  I tried to keep that in mind when creating my NBA Jam TE mods by incorporating logos and fonts that clearly synched up with the game.  With TMNT Final, given I was looking for the arcade Ninja Turtles feel, I couldn’t help but slip in an old-school “Winners Don’t Do Drugs!” logo. 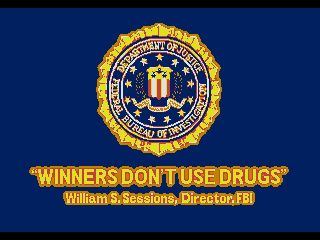 Other than TLP not being terribly friendly with the colors (TileMolester was again worse!), the screen itself was fairly easy to drop in using AddIntroGen.  But… buyer beware… this utility is a general Genesis / Mega Drive tool not optimized for any specific game.  In using it, I found myself with two problems.

Of lesser concern, the intro only added code that exited the intro screen when pressing Start.  My preference was that it should also simply fade out to the next screen after a certain period of time, much like the SNES tutorials allow for that system.  A minor inconvenience, which I actually solved via writing some ASM (which ultimately conflicted; we’ll get to that in a bit).

Of much greater concern, something in the AddIntroGen code that the utility added reset the difficulty, lives, and stage select to values of 1 upon exiting to attract mode.  At the same time, it cleared all the values in RAM that created the high score table.  While none of that is detrimental to gameplay (settings can be changed in options), it doesn’t exactly make the game look polished at issuance.

My goal was to fix both issues.  Starting with trace logs to find where the Start button press occurred and next with research and chats on a Sega development Discord, I finally learned the value of ASM versus hex and grabbed an assembler.   I also learned a bit about the DBF function and how much time it could potentially save writing that versus commands to push 60+ bytes of data into RAM one byte at a time via the same MOVE command over and over again.  The end result was a fix to the high score table plus the default lives and difficulty values… but when incorporating those fixes with my additional code to move from the intro screen after a delay, those value were again lost in RAM.

(Oddly enough, the DBF function worked in one emulator and not another, so I ended up going the byte-by-byte route…)

I never did revise the Start button bit, as the integrity of the high score table was the more mission critical item.  For those who are curious, here is my code and some of the trace log (I ended up going with my option 3 to favor fixing the high score table over adding the intro screen delay):


Thanks for reading this blog!  I may have other things I’ve learned while making these hacks and may look to slip them in from time to time as I recall them.  Otherwise, please feel free as well to keep the conversations going on this thread!  And… please be sure to try out my TMNT Final hack and give it a review!

(SKL 5/27/2020) TMNT Final is here!  Thanks to all the folks who helped provide various levels of guidance that got me to the finish line!  Please be sure to check out the hack, and keep reading this blog to seesome of the fruits of my efforts (and some of how the hack was made...).

Given all the help I'd received from the RHDN community (and others!), I figured I'd do something a bit similar to my NBA Jam TE work and distribute some of the knowledge I've gained hacking Streets of Rage 2 so more folks can put out new hacks and perhaps make an update or two to some old ones.

At the same time, I'm polishing off my last mods in my TMNT of Rage series, having been able to achieve 90% or so of what I was hoping to accomplish with the hack.  So, as I'm putting the finishing touches on The Final Shell Shock (mostly playtesting), I figure every so often I'll update this thread with some screenshot and protips.


Title Screens
Yep, they're a pain, and you don't get a lot from them gameplay-wise, but they do put a nice set of polish on a mod and really make it your own.  With a fair amount of guidance from folks as to what to look for in the code (and where to hijack), I managed to crack that one for SoR2 and published a doc to help others get in on that sweet title screen action, too.

To keep it simple, there are two (likely more) paths you can take to insert your own title screen:
1) Figure out the decompression scheme and build a tool that mimics it, reverses it, and effectively injects your title screen in the same place.  I haven't messed around much with that path, as I'm not much for compression schemes and utility building, but I can tell you the decompression routine starts around $30C0 in the US rom and is used for the title screen and end credits images, plus the enemy character sprites and likely the player portraits.

2) Hijack the spot where the title screen is decompressed and pushed to VRAM and instead send an already-decompressed image from expanded rom over. That linked doc above takes a bunch of guidance from folks in this forum, plus Zophar's Domain and the Sonic Retro forums, and walks through all the logic and code to get you there.

PROTIP: The US title screen's compressed image is at $39018, while the map for the image's plane B tiles is at $38B94.  Armed with those and the palette locations (in the area of $5D34; check out the doc), plus the doc, you should be able to get a nice title screen going.  I say this because Dha Lau Hoo's put out a number of revisions to his Final Fight and Street Fighter SoR2 hacks with the help of this guide.

And with that comes my first teaser screen:

Thanks to guidance from Yoni on how to get started with Tile Layer Pro, I managed to get more colors and more pop to the TMNT logo here, as compared to my previous mods' screens.  I used TileMolestor for those, which seems easier to use but causes a fair bit of color loss when comparing the output to the original bitmap.  I've been sticking with TLP for other edits in this new hack, but more on that later.


Player Select Screen Names
Let's do one more tidbit... the Player Select screen.  So many hacks don't correct for the Max, Axel, Blaze, and Skate tiles on the screen, despite some great sprite work in the hacks themselves.  Let's pull back the curtain on that.

An old Brawler's Avenue or SoR Online forum site had some guidance on how to revise those select screen tiles, but they seem to have been lost on the interwebs vacuum when that site went down or was changed out.  Thankfully, some folks held on to a copy of the instructions.  Dha Lau Hoo was kind enough to help me out with a set, and I want to pass that on as well (hoping here I'm not being too forward).

In any event, here's a version of those instructions I've passed along to any who've asked.

The letters are 4 tiles each, each letter being 2x2, and duplicates used to save rom space.  Changing the offsets above to the various bytes changes your titles, so you can then rename your characters. Maximum length is 5 letters still. 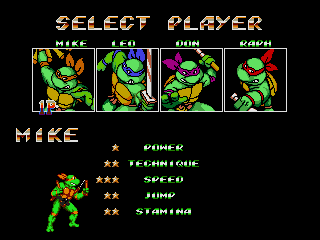 Thanks for reading, and stay tuned for more!

Hello, I made a SOR2 mod using the xmen chars, but I wanted to make the selection screen with the faces and names, but I'm a beginner in this, could you do a detailed tutorial on how to do it? Thank you.