I’m sure there are people who remember a translation patch released several years ago by Chably. Well, that patch was… bad. (The less said about that patch, the better.) Well, it’s time to right a wrong that was made years before. An English Translation patch for Last Armageddon (for the NES/Famicom) is finally released… properly, this time!

The game takes place in a post-apocalyptic world where all life on Earth was completely wiped out, and the surface was ruled by demons. After a confrontation from an alien from Planet Chrius, twelve demons are sent out on a two-pronged mission. These twelve demons must eliminate the alien threat and discover what is the mystery of gigantic stone slabs scattered all over the surface. 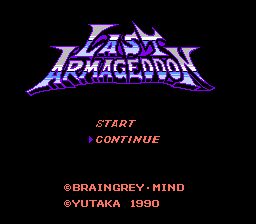 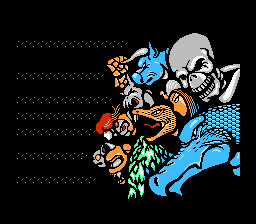