One small step for Pom: Community Pom for PlayStation translated

Something’s been snacking on Woolly Village’s adorable Meymeys, and the townspeople aren’t happy about it! While the villagers blame it on the mysterious rabbitlike Poms that appeared when the moon vanished five years ago, young Lulu knows better. With the magic staff gifted to her by the Poms in hand, she sets off on a quest to find the Poms, build a community where they can live in peace, and discover the truth behind all the incidents. And raid every dresser in the continent for trading cards along the way.

Community Pom is a 1997 action RPG/simulation game for the PlayStation, developed and published by Fill in Cafe (best known for the Asuka 120% and Kendo Rage/Makeruna! Makendou series). With gameplay reminiscent of classic 2D Zelda titles and perhaps most particularly influenced by Magic Knight Rayearth on the Sega Saturn, the game puts its own spin on things by throwing a simple but fun pet raising simulation into the mix, with the player rearing Poms to increase their combat stats and unlock new features and abilities. Imagine Zelda with a Chao Garden, and that the Chao Garden was actually useful.

It’s also notable for its eye-popping amounts of cutesy graphics and sprite work – every town NPC gets a unique design!

Watch the translation in action here!

In addition to fully translating the game, this release also includes a partial translation of the game’s official guidebook. It contains not just basic information, but detailed explanations of game mechanics, concept art, and even an interview with the developers. Read it here! Massive thanks to Xanathis for purchasing and scanning the entire 127-page book just for this project.

This translation was the work of LIPEMCO! Translations: TheMajinZenki (translation), Supper (hacking), cccmar (editing and testing), and Xanathis (guidebook scans, testing, and PR coach). The group hopes you’ll enjoy this title which, while little known, is highly regarded by its fans.

And though you’ve hopefully worked it out by now: “M,” not “RN.” 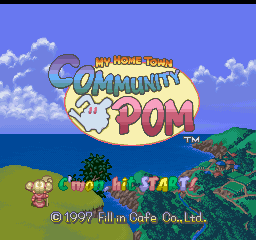 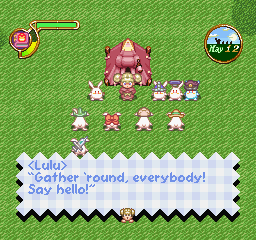