In what is hopefully the first in a series of new Nekketsu translations, Pennywise and team presents a new translation of Nekketsu Kouha Kunio-kun, also known as the first game in the series. It felt a fitting choice.

The project itself was fairly simple as there wasn’t a lot of text to translate in the game, but in the course of working on the project, Pennywise teamed up with a talented translator in Tana Elmsley, who is also interested in working on other games in the series.

The next release will either be Nekketsu Kakutou Densetsu or the dodgeball game. So stay tuned for future releases. 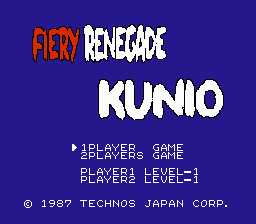 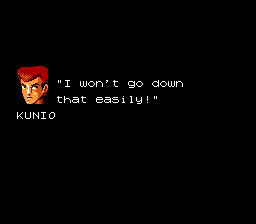