CRW Metal Jacket is a real-time strategy game in which you command a squad of mecha pilots battling against insurgents in futuristic Japan. As you complete each mission, you earn bonus points you can use to increase each pilot’s stats, and unlock new weapons to add to their loadouts. It plays a bit like X-COM or Front Mission, and came out in late 1994, between the original release of those two series.

This is 46 OkuMen’s third release for the PC-9800 series of computers, after E.V.O.: The Theory of Evolution and Rusty.

We hope you enjoy it! 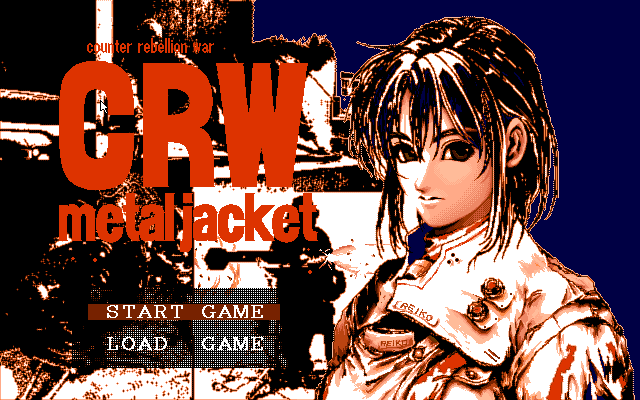 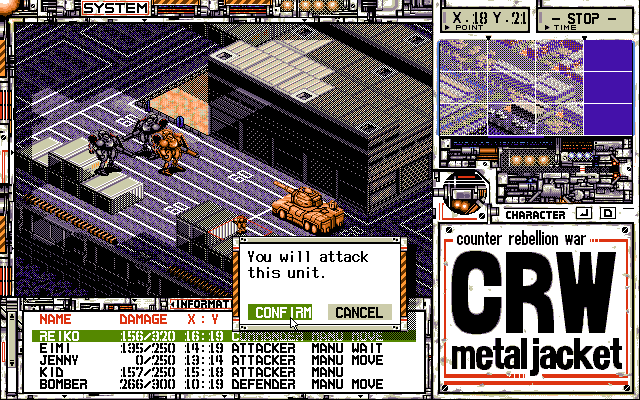