THE MASKED NINJA: AKAKAGE; and,

Akakage was easy to translate because of very few text. The game was very memorable because of the anime-ish graphics and it was a very mysterious game without knowing what the things are happening. But the game was really a very linear game with not much plot. And most of the items seem incomplete and with Akakage’s sidekicks, Aokage - the quick ninja boy with the boomerang, & Shirokage - who seems to have nothing special on him. (Forgot to mention those two characters in the readme, meh)

Perman 1 is remarkably a fun platformer dabbled with some minigames that are essential to get a perfect game to make the boardgame boss battle easier to deal with. There are some stages where you can play as Booby (aka Perman#2), a monkey who has much more jumping power. Too bad you can’t play as Perko (aka Perman#3) and Peryan (aka Perman#4), however, these two play as support in the BBB section.

FOOTNOTE: There’s a translated Perman 2 by KingMike, but Perman 1 was left untranslated by some reason; really, why Perman 2 first and not Perman 1?? (And should the translation turn “Paaman” into “Perman” for the sake of correcting it?) 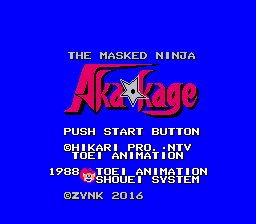 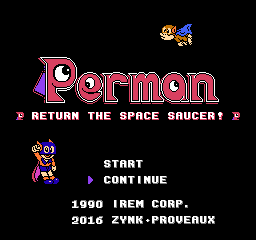