When the evening is spread out against the sky

We shall face the darkness

Summer is at an end and we shall face the sadness

The Nazis rule the world

But an unexpected surprise in this doomed crescendo

A new ray of hope in the Bionic Commando

When the evil nazis were petty and cruel

And they plagued mankind with suffering

Only one man dared to challenge their power

The Bionic Commando possessed an ability the world had

He journeyed the Earth battling the minions of the wicked Weissman

The all-powerful Fuhrer of the Nazis

But wherever there was evil

Wherever an innocent would suffer

There would be the Bionic Commando

This has been a game that’s been a dream project for retranslation just because of its popularity and subject matter. However, there was a minor roadblock that prevented it from happening for a short time. The storage of the script used what is called Pascal strings where no end control codes are used and instead a byte is used setting the length of a string and thus when to stop. This method is usually not handled by generic script tools and we needed a custom solution. Fortunately, a good friend of ours and excellent programmer and hacker, Esperknight, extracted the script and work got started. A help wanted ad on RHDN(A favorite feature for the best site and community on the internet) was put up and almost immediately contact was made with an excellent translator. Many a translator, associates and friends haven been found through the help wanted ads over the years and this development comes as no surprise. catfoodmoney diligently translated the script and work resumed on the project. First thing that needed to be done was to hack the big 16×16 font down into a much nicer 8×8 font, that was a piece of cake. Because the game used the big font and plenty of kanji, there was plenty of space leftover when the font was replaced which was used to relocate part of the script. We ended up with over twice the physical space for the translation and more than enough room for a quality translation. Also the game had a few limitations that were very annoying. The game was capable of multiple screens of text per text string, but you first had to fill the screen before it would be cleared. A control code was added so that the screen could be cleared anytime. Also because of the Pascal strings, the text was limited to #$FF hex bytes which equates to 255 characters. This limitation did not work with some of the longer strings and something had to be done. So the Pascal strings were replaced with a simple end control code and the limitation overcome. Shoutouts go to FlashPV for the really cool title screen and Carnivol for being a diligent tester. 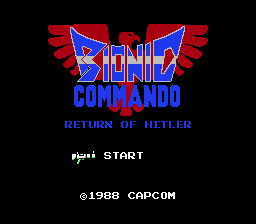 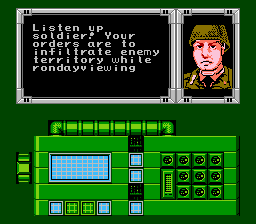