Finally, after over 2 years of hard work, passion and amazing teamwork, the largest romhack of Starfox has finally been released!

“The Star Fox Team is back! But this time, their mission is to fight for their very existence!

The Mario Bros. have decided that the Star Fox franchise no longer has a place within the grand Nintendo universe, and has set out to destroy the Lylat System forever, with the help of characters from more successful Nintendo IPs! They have also posed as Andross in order to hire the infamous Star Wolf team, a rival band of mercenaries led by Wolf O’Donnell, to distract Star Fox while they pull off their plans! Can Fox and his team put aside their former friendship with the Nintendo All-Stars to save both the Lylat System and everything associated with their franchise?”

Experience the amazing power of the Super NES and the SuperFX chip and take full control of Starfox!

This romhack boasts dozens of amazing additions and features, including, but not limited to:

Experience the passion project that has seen thousands of hours dedicated to it: Starfox: EX 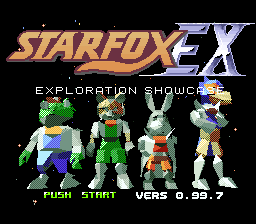 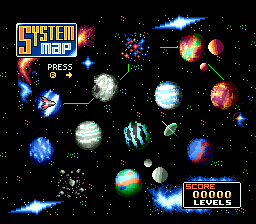