40 years after the events of Final Fantasy IV, The Blue Planet is in a time of international peace.

The power of the crystals has faded since the departure of the second moon, and mankind is learning to establish a society based on its own skill an ingenuity. Without the Water Crystal and its connection to the moon, the world’s black mages experienced a surprising loss of power, until a renowned sorcerer discovered discovered the means to draw power from the True Moon. Without the Air Crystal, and since the passing of Cid Pollendina, airship travel has become untenable, yet a young engineer toils late at night by candlelight in pursuit of new solutions. With the loss of the Fire Crystal, the hovercraft has become nonfunctional, thus stifling international relations between Damcyan and the surrounding nations. Still, the desert kingdom has become a notable tourist destination, having cultivated appreciation of the arts, and having developed a new drink that is gaining international popularity. As the Earth Crystal’s power faded, so did the world’s chocobo sanctuaries. Frightened and threatened, the chocobos now run wild with monsters… except those found and rescued by an emerging group of caring rangers.

In spite of how difficult travel has become the world has turned to ocean travel, and seaports have emerged to connect the nations. By sea travel, mankind has managed to continue international communication and cooperation. At the heart of all this is the kingdom of Eblan. King Edge, the visionary maverick, has repurposed his country’s proclivity in ninjutsu in order to help keep peace between nations - and earn plenty of money for Eblan - with the Royal Eblana Mercenary Army (REMA). Quick, powerful and discrete, these highly trained warriors travel the world to provide defense and aid to those in need - for a price, of course. In this pursuit, a young ninja named Furio has come of age and is completing his training. He shows great promise, as well he should - he is the son of none other than Edge himself! Along with his notable skill, however, Furio has inherited his father’s attitude, and is still learning to control his impulses.

Our story opens on Furio as he completes his training and receives his first official mission: to quell a monster uprising in the nearby village of Agart. But could this seemingly routine assignment carry implications of a darker, more sinister force at play?

Final Fantasy II: A Threat from Within is an all-new chapter in the world of Final Fantasy IV (FFIIUS) - and a project many years in the making. Using the engine of FFIIUS as a base, an entirely new game has been created, starring a cast of characters ranging from familiar to brand new, and spanning locations as yet unexplored in addition to those that will feel like a return home. For those who have played Final Fantasy IV, the gameplay will feel like a familiar experience, but many new elements have been introduced, including:

This is Part 1 of (probably) 4. A full playthrough will take anywhere from 4 to 10 hours, depending on the player’s tendency to tackle sidequests and enjoy the scenery.

Give it a try! If you are a fan of SNES-era Final Fantasy, you will not be disappointed. Discussion topics are available on the RHDN forum as well as on discord (see RHDN discussion for the link). 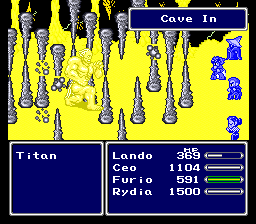 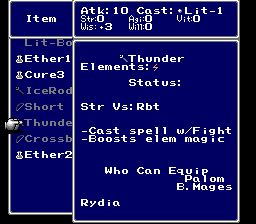