Battle City was a great and fun game for the NES console system. In it you could shoot other tanks with your tank, and collect powerups, all while protecting your home base.

This is a great hack to be able to revisit this old gem, while experiencing it in a new light. 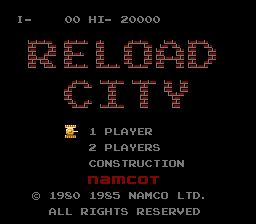 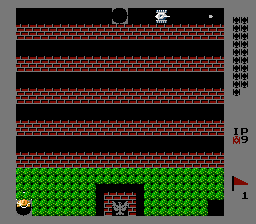 Destiny Has a New Emperor

During the Sengoku Era of Japanese history, one man struggled his entire life under the shadow of others until one the day came where he would strive to become the greatest man in the land…

Come and experience Rise of Ieyasu 2.0, the latest in Destiny of an Emperor hacks by sonic.penguin!

With over 2+ years of gamplay, graphics, and story editing, this mod aims to give players a reason to play this classic RPG over and over again. Give it a try, and give me some feedback here or on loryuanshu forums!

Has the ROM hacking community finally found a patching format to call their own?

For some time now the ROM hacking community has been plagued with problems and limitations of the IPS format, which is the most popular patching format used by ROM hackers. There have been several attempts to resolve these problems, with the most notable attempts being Ninja and UPS.

Well, byuu, one of the co-developers of the UPS format (meant to be an enhancement to the IPS format), decided to start from scratch and create a patching format that would meet all the primary needs of the ROM hacking community. This format is called BPS and it is fairly robust and offers no file size limits, smaller patch sizes, non linear patching, embedded readme files, and much more.

byuu recently confirmed that the specification has been finalized, after the inclusion of folder/directory patching. byuu stated, “BPS is a done deal. Extremely well vetted, tested against thousands of files. It’s not going anywhere”. With the final addition of folder patching we can not only patch single files but entire CD directories or PC game folders.

August of this year he released beat which can apply and create BPS files and, as with most of byuu’s projects, it is open source and highly portable. Visit the RHDN project page to read all that beat/BPS can offer and take the time to try it out and see if BPS is a good fit for your ROM hacking project.

Hello everyone, Break here with the release of the 3rd major update to my popular romhack Pokémon Red - Proud Eyes edition. After spending an extended period of time testing out the hacking tools available…I am very happy with the results of my re-balancing of this classic game.

For almost 7 years now, SMW Central has been the backbone of the Super Mario World hacking community, providing valuable resources to SMW hackers, as well as hosting a huge list of hacks for those just looking for something to play.

Now, for the first time ever, we are expanding by adding another Mario title to the list of games we support. Yes, you guessed it, I am, of course, talking about Super Mario 64. In addition to adding a Super Mario 64 forum where hackers can mingle, we’re now hosting music, textures and Super Mario 64 hacks for everyone to enjoy, and we hope to add sections for even more types of resources soon.

If there’s a little Mario hacker in you, whether it be for the old or for the new - or even if you just want to try out a hack made by someone else - you should definitely stop by.

We look forward to welcoming you to our community!

Although 2 disks, the game is rather short. It’s quite easy to figure out what to do and bosses are easy as long as your levels are high enough. It has a battle system like Ys. 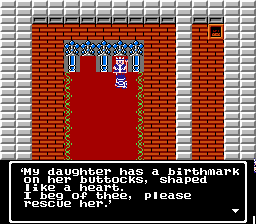 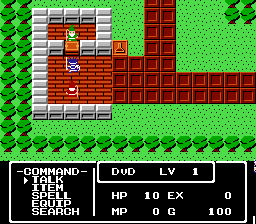 After slowly building up new tracks over the past year I felt it was time to release my follow up to Super Mario Kart Alternate Tracks. Again I’ve attempted to keep the feel of the original with some fresh ideas.

This is version 0.9, as the Battle Tracks are not changed. Every racing course is a new design. 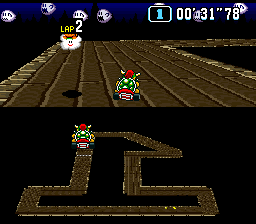 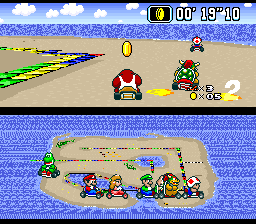