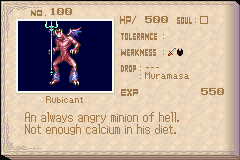 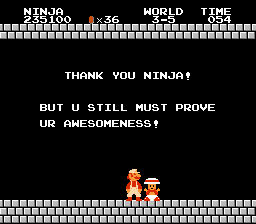 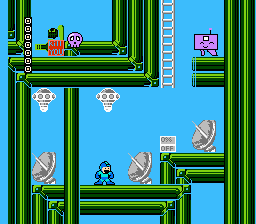 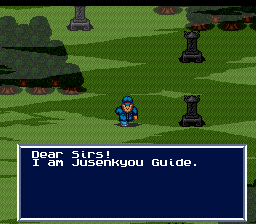 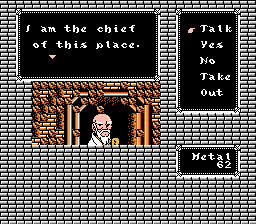 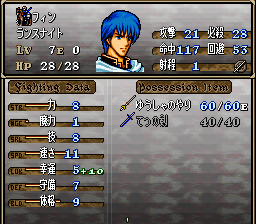 This is a fantastic freeware game, which you can download at Buster’s site. The story is basically that long ago, a great demon threatened to devour all the world. A Hero rose up to fight the demon, and sealed it in a huge labyrinth, and sealed away its power in seven crystal orbs. Now that demon was arisen and seeks revenge.

…Naturally, you play the demon. You go through the labyrinth and collect all the orbs for a final showdown with the mystical hero, who is still alive for some reason. With every orb you find, you regain one of your lost abilities, which enables you to reach previously unreachable areas. Sound familiar? Well it’s not, god damn it.

I wish there was more to say about it, but that’s pretty much the game you’ve got here. It’s crazy easy to pick up and play, since the game provides some great in-game help along the way. Just push Up to flip switches, kay? The level design is just brilliant, there’s a lot of replay value (based on your final rank, anyways), the music is catchy, and the graphics are very clean and nice. God damn, people. Just go play this game.

It’s amazing how it took Dojin Nyuu months to do something that took D-BOY a few days. He’s just released an update to his patch, that adds in a nice new title screen, as well as a few text fixes. This patch will only work on a clean install of Akuji, so patching it over an already translated version won’t work. Or, at least, it probably won’t work.

Unfortunately, with the release of buster’s 1.01 update, D’s patch no longer properly translates the in-game signs, though everything else is still okay. You’re better off going with Do-jin Nyuu’s patch, which works completely.

UPDATE 2014: D has re-released his old patch, now bundled with a needed .dll to make the game work on Vista, Win 7 & Win 8.. Don’t know if he fixed the problem with the in-game signs though.

He also has the game itself (it is freeware) available on one of his sites. So, if you can’t figure out how to navigate your way through buster’s Japanese site, then go here and download akuji.lzh, then use something like WinRar or 7-Zip to extract the game from the lzh archive.

Finally, you’ll need beat to patch the game and when you do, don’t forget to select the entire game directory to patch, and not just the .exe file.