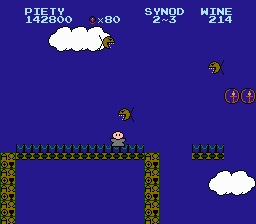 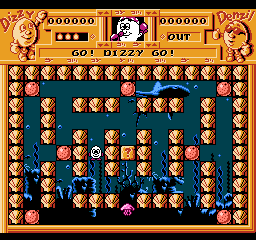 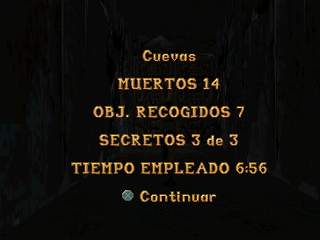 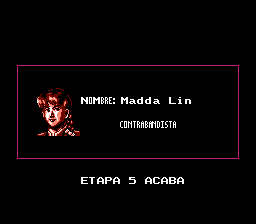 Viewpoint 2064 is an unreleased sequel to the Neo Geo arcade shoot-em-up title Viewpoint, developed by Sammy Corp. and Racdym for the Nintendo 64. Instead of using isometric 2D like its predecessor, the environment is fully 3D with movement limited to a horizontal 2D box. A lock-on system is used to target and destroy enemies outside of your firing plane.

Applying this patch translates cinematics and Rumble Pak dialogs into English. It does not address the multitude of bugs in this game, nor does it rectify any of the various illustrated engrish you may “encouter”.

Apply the xdelta patch using the similarly named xdelta. The patch will only apply to a ROM in native (big-endian) byteorder. Output will be a single big-endian file, stripped to 0xC54000 bytes.

The game requires a 4Kbit eeprom save to run.

The readme contains the text of the final two endings and epilogue–not present in the game–among other information.