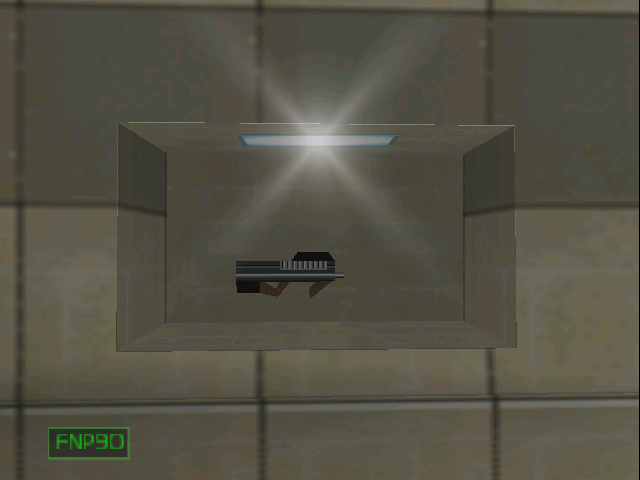 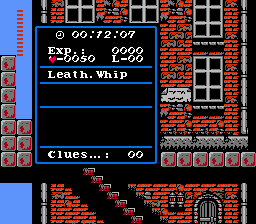 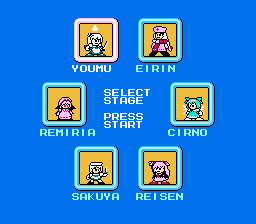 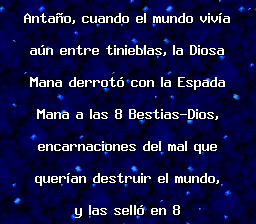 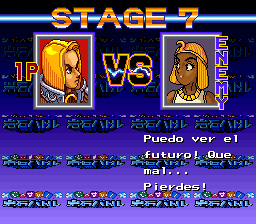 Umm, this is an RPG, I guess? It’s hard to tell, really. The game here is the French version of the Japanese Saint Seiya game. It’s also very confusing, since it seems to follow the anime’s plotline exactly, which means anyone who doesn’t already KNOW the plotline is totally lost. It’s got crappy platform elements, where you punch people, and then it’s got the menu-based combat, where you charge up various stats, or something, based on how much cosmos you have, which I have no idea how to replenish. So yeah this game is weird.

The translation is also very weird, though you have to admit the font rocks. A lot of stuff doesn’t make any sense, mostly because the game’s so damn confusing, but also because the game gives no indication of who is speaking at any one time, which is a LOT more frustrating than you may think. This may be the game’s fault though, or maybe different characters have different distinguishing dialects, or hell I dunno. In short, it ain’t pretty, but it’s in English and the font rocks.