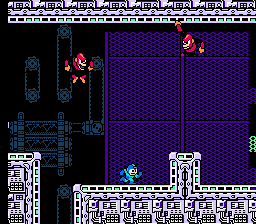 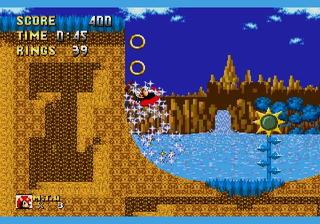 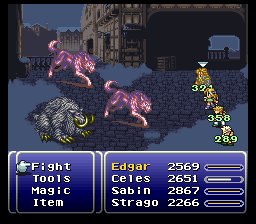 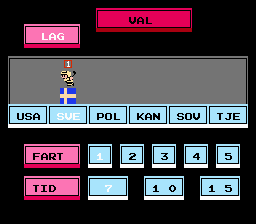 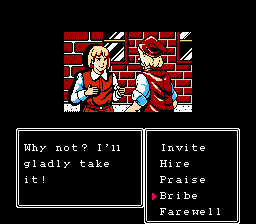 Final Fantasy III is a role playing game for the Nintendo Entertainment System.

This is an alternate translation of the Famicom version of Final Fantasy III that isn’t as widespread as AWJ’s patch. It appears to be fully playable - the key difference between this translation and the other one is that the resulting ROM has an expanded size. This leads to generally more accurate dialog. However, the author also made some of the names more literal - which is either a good thing or a bad thing, depending on how you look at it. I guess you just can’t win.

Unlike the other known complete translation, this author implemented some improvements and easter eggs (the most noticeable being the now-standard B button run). There are several other changes such as a slight change in the battle menu and meeting the translator in-game - who reveals some other enhancements which will remain a surprise. There are some minor glitches, however, such as temporary characters not able to keep up with your running.

Very little could be documented on this translation. Supposedly, the translator actually began work earlier than the AWJ one, but hasn’t been popularized {{Citation needed}}. If this this true, it is a true shame since the author clearly did a lot of work as well. Do note that, as a whole megabyte NES ROM, it may not work on certain emulators - if that is the case, please follow the instructions included in the ZIP. Unfortunately, NESticle is probably the most famous emulator to support the translation. VirtuaNES 0.97 has also tested to work, as a far less outdated emulator choice. It is not likely to work on more accurate emulators as a normal MMC3 can only address up to 512KB PRG-ROM.

What are you waiting for? Enjoy this obscure and nearly lost alternate translation. It is highly recommended.