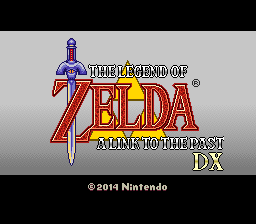 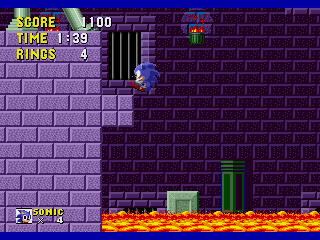 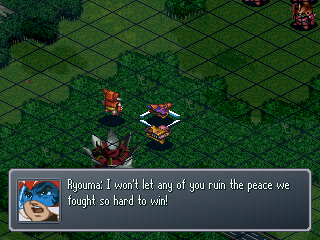 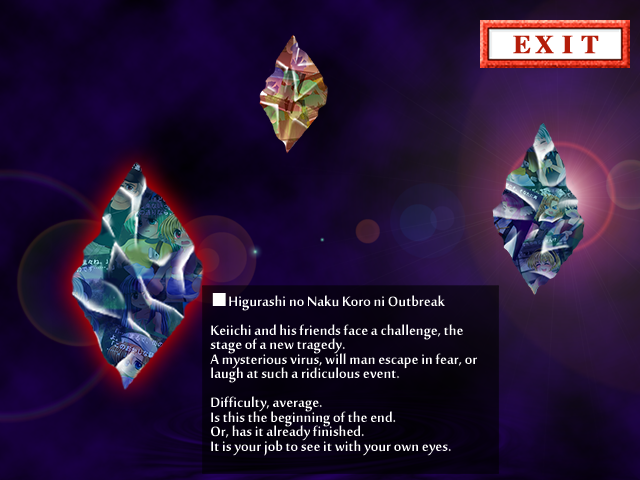 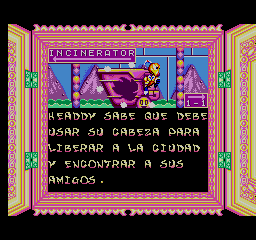 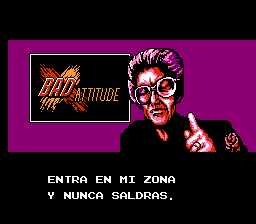 The castle in Portrait of Ruin feels like it was used just as a main HUB, as most of the enemies were scattered into the paintings.

This hack has the purpose of improving the game by relocating most of the enemies around the main castle, making it more challenging and alive, adding more variety and keeping gameplay interesting.

As some of the music is also not the best of the DSvanias, some of the tracks were rearranged to different locations, were the mood would seems more appropriate.

Lastly, new save and exit points were added, inside the paintings and around the castle, to make it a more user-friendly game, using the most of the layout of the maps.

Besides that, is the same story and game that we all love.

Obs: The patch is in BPS format.

A Portrait of Mismanaged Ideas

This ROM hack is too much of a “vanilla” experience for my tastes. Some of the changes seemed kind of pointless and don’t really add anything to the game, and there are a few bugs which need to be ironed out – one of which breaks a Quest and the other which makes the game literally unbeatable.

Ultimately, I give this hack a vote of Cannot Recommend.

I’ve been on kind of a Portrait of Ruin kick, this October of 2021, largely in part to seeing some people playing randomized versions via the wonderful DSVania Randomizer by LagoLunatic. I’d been looking for a good reason to replay the Nintendo DS Castlevania games, and randomization seemed like a very good reason! But, I also decided to check here at ROMhacking.net to see if anyone did anything fun with the games I know and love. One such hack – this one – stood out among the others, claiming to improve the hub area by adding more enemies and relocating others around the castle. It sounded interesting, and after reading some less-than-favorable reviews, I decided to try it out for myself. Oh, boy… Where do I begin? Well, I suppose I’ll start with the positives.

RichterWilker – the hack’s creator – kept to their promise about keeping the experience semi-vanilla. The game is still a story about two vampire hunters going through Dracula’s reborn castle in hopes of stopping the count’s evil, as well as learning about the mysterious Vampire Killer whip Jonathan inherited from his father. None of the text has been changed and all of the cutscenes still play out, keeping the story intact.

None of the bosses or “checkpoints” – which is to say, places where you need an item to progress the plot – have been altered, and the player can easily treat this game like they normally would without too much hassle. Mostly. The shuffled music is also… well… That’s subjective, I suppose. Me, personally? I think the new music in the Nest of Evil – the game’s optional “super dungeon” – made things far more tense than normal. Inversely, the new music at the Master’s Keep and Castle Pinnacle completely removed any and all tension there. But, again, that’s very subjective.

As mentioned in the hack info, RichterWelker also sprinkled in some new save points and exits from portraits. These are, again, fairly subjective. I honestly didn’t find them too useful, but I suppose they could be to someone, somewhere. Other than all that, yeah. The game is, as promised, largely unchanged. But… with the good comes the bad and, believe me, there’s quite a bit of that, here.

To start, two of the four starting portraits now have what I like to call “guardians” in front of them. City of Haze – which is essentially “Stage 1″ of the game, has an Alura Une, and Sandy Grave – “Stage 2″ – has an Alastor. The former normally shows up in the Dark Academy – “Stage 5″ – while Alastor is normally exclusive to the aforementioned Nest of Evil. Alastor can be ignored, for the most part, but the Alura Une is directly in the way when players are exiting the City of Haze. It may be possible to take damage and use invulnerability frames to power through, but that particular monster packs quite a wallop for so early in the game! It’s a very annoying thing to deal with for just leaving a portrait.

On the topic of misplaced monsters, the second main area of the hub, the Buried Chamber, has become something of a mini-Nest of Evil. RichterWelker decided, for whatever reason, to randomly place five of the Nest of Evil bosses in random rooms in the area. Again, at least three of them can simply be ignored. Two, however, are directly in the way. One blocks the upper path of the circular area of rooms, and the other prevents the player from grabbing the Bandanna item, which could be useful for that point in the game. I’ve found that one boss – the one on the lower side of the circle, can be beaten very easily by getting it trapped in the far left of the room. It can also be despawned by making it jump through the ceiling-side exit. I’ve also been able to “cheese” the boss leading into that area by standing at the top of the stairs on either side and throwing Darts. All that said, if the player chooses to engage these bosses so early in the game, they’ll likely be overpowered for the areas to come.

Continuing, there’s a Ruler Sword at the bottom of the Tower of Death which is in a very inconvenient spot. Even a fairly powerful player might find themselves in trouble, there. There’s also a very unusual boss just hanging out in “Stage 4″, the Dark Academy: the game’s final boss, True Dracula, himself. Should the player decide to run for it, they’ll find themselves unable to enter that area from the right, anymore. This is because when True Dracula spawns, a cutscene plays which moves the player to the right automatically. Alternatively, if the player fights and beats True Dracula, the screen turns bright white and… nothing happens. They can leave and come back, but True Dracula won’t be there, anymore. While this does stop the aforementioned bug from happening in the future, there’s no reward for beating True Dracula there as he gives no Experience Points, no Skill Points, and drops no items. Unlike other bosses, he can’t even be fought more than once, so why he’s there, I don’t know. This also leads to another problem that I’ll mention later.

More bosses appear in the final hub area, the Master’s Keep. There’s a couple of repeats from the Burial Chamber, as well as a very strange choice: the very first boss of the game, the Behemoth. By that point in the game, that thing is a push-over, so I have no idea why that was placed there. And… that’s it for the misplaced monsters. There’s some very odd choices, and some very unfair ones, but I suppose there’s a certain kind of charm to kicking these things’ butts to early in the adventure.

Moving on, “Stage 3″ of the game, the Nation of Fools, received an interesting choice of music. Instead of the usual, it plays “Portrait of Destiny”, the song normally played during the credits. This doesn’t seem to work because the song doesn’t loop, leading to a nice, big, empty nothing for music up until the boss fight. And unfortunately, this isn’t the only bug in this hack. No, far from it.

Remember the “extra save points” I mentioned? Well, a lot of the ones that were tossed into random spots work… but the interface doesn’t display correctly. There are, however, three extra save points which do absolutely nothing. One is in 13th Street, which is one of the last “stages” in the game, and two are in the Nest of Evil, toward the end of that area. As I said before, it’s up to interpretation as to whether or not these things are useful, since they refill the player’s health and magic in addition to saving, but the fact that a handful simply do not work is annoying – especially in the case of the Nest of Evil, where healing is very scarce.

Another bug that I’ve found is that the Forgotten City – which is “Stage 7″ of the game – doesn’t seem to have a boss fight, anymore. See, what normally happens is, in the middle of the underground pyramid, the player fights a boss called the “Mummy Man”. This boss is one of the four which were transplanted to the Master’s Keep. If I had to guess, killing the Mummy Man there, instead of in the Forgotten City, actually does flag that boss as permanently defeated, even though it can respawn there. Curiously, this quirk doesn’t seem to happen with the Behemoth, who is also a non-optional boss.

And lastly, there’s one fairly severe bug at the end of the game. Normally, the player fights a combination of Death and Dracula, then after they’re beaten, Dracula and Death merge to become “True Dracula”. Yes, that “True Dracula”. However, in this ROM hack, True Dracula simply never appears, leaving the player stranded in the final chamber and unable to progress, warp out, or Suspend the game. I don’t know if defeating him in the Dark Academy is what causes this, or if he just doesn’t spawn normally, anymore, but either way… this completely prevents players from beating the game. To be fair, this ROM hack isn’t really aimed at new or “first-time” players, but even so… this is an actual game-breaking bug. So, that’s not good.

There’s one last bug I’d like to mention. In the game, one character gives the player “quests” to do. Well, for some reason, one of these quests can no longer be completed: “Lost Page”. Why? Because, if I’m understanding things right, one of the Tome of Arms X pages was replaced by a save point in the Nest of Evil. As such, “Tome of Arms X p2″ can no longer be collected through normal gameplay. It’s possible that it’s hidden somewhere in a breakable wall, now, but no enemy drops it and it’s not at the Nest of Evil, anymore, so… yeah.

Oh, and before I forget… there’s no more prize for beating the Nest of Evil. Nope. None. The Greatest Five Dual Crush was moved… to the start of the game. The only thing that’s in that prize room, now, is a portrait leading back into the hub. Pretty funny, huh?

It took me about six hours to beat the game and forty minutes to write this review. I had a lot to say about a little, or a little to say about a lot, because this game is one of my favorites and I hate to see it treated this way. I cannot recommend this hack as it is, and probably not even if it were tuned up. While some of the changes are kind of fun, the overall experience was still just the normal game, but a little more frustrating. I’m not sure if RichterWelker wanted to make an easier or harder game, considering they kind of did both with random high-level enemies in weird places and saves in others? Those final bugs that prevented me from actually beating the game or finishing the quests really left a bad taste in my mouth, too. I don’t feel like I wasted my time because I got to play Portrait of Ruin, again, but I guess I was hoping for something better…