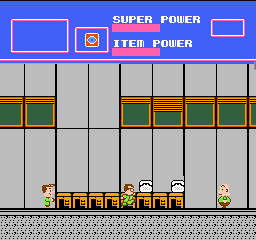 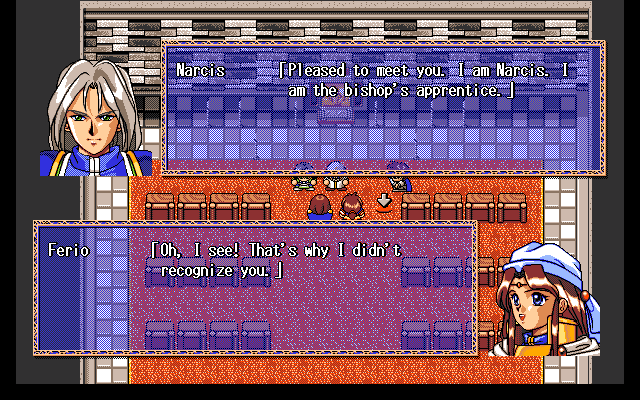 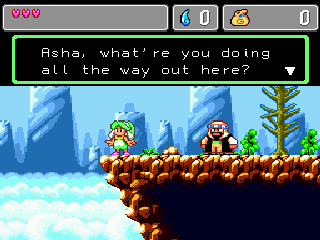 Final Fantasy II: A Threat from Within, Part 1

40 years after the events of Final Fantasy IV (Final Fantasy IIUS), approximately 20 years after the events of Final Fantasy IV: The After Years, Furio Geraldine, the son of King Edge of Eblan is completing his training as a ninja. He is joining The Royal Eblana Mercenary Army (REMA), an elite ninja force for hire, which Edge has established in order to raise funds to rebuild the kingdom of Eblan and to help promote peace throughout the world. The power of the Crystals housed in Mysidia, Damcyan, Fabul and Toroia has faded since the departure of the second Moon and so many of the comforts once known to the world are no more, including many means of long distance travel. Ocean travel has become the primary means of transportation between nations, and most major populated areas have seaports. Furio is about to undertake his first mission with REMA, protecting a small village from a monster attack. Little does he know that this seemingly minor hazard is just the beginning of an event that will threaten the balance of the entire world.

This is Part 1 of (I think…) 4 of an all-new sequel to Final Fantasy IV The gameplay will be familiar but the story is brand new and there are many new gameplay mechanics, including:

Overall I liked pretty much everything about this hack, so let’s break it down piece by piece:

Story: Obviously the story is incomplete (being only “part 1″) but what is present is a compelling start to an original story. Personally I’ve never played The After Years so some of the characters were new to me, but that didn’t really take away my ability to understand and appreciate the new story. I found the character personalities were developed very well in the cutscenes and you could tell that many of the characters were given “matured” personalities compared to their time in vanilla ff4 [my favorite character was edge].

“Epic choices”: As a concept, I found this very fascinating and it’s implemented well also. I found it to be a nice parallel to the new story, as making different choices can influence certain scenes without derailing the overall plot.

Gameplay: The gameplay definitely feels authentic to ff4. There are ton of new bosses which are of appropriate difficult (in my opinion). A lot of characters have improved or new skills. Steal sees a GREAT improvement as many enemies were given a custom rare steal, and early on stealing can be a great source of precious healing items like life and cure2. Overall, it definitely felt like I was playing a final fantasy game with a reasonable difficulty curve. My FAVORITE part of the gameplay however was……….

Mercenaries: I LOVED the addition of the mercenaries. I think it is a great way to keep the gameplay fresh. Personally I tried every mercenary that’s in the game and I liked all of them. You are not punished for keeping an old mercenary but switching to a new mercenary often ends up being worth it and many times the entire boss strategy can change based on what mercenary you brought with you. I think this is a fantastic system that’s implemented very well, possibly my favorite part of the hack.

Custom menu: There a lot of great custom features in the menu. My favorite by far is the GORGEOUS equipment info screen [double clicking a weapon in the main inventory menu], but the main equipment screen is also updated. The new “cache” may be more useful in future parts, but I never really ran out of space in my inventory during my playthrough.

Side quest grinding: This one actually doesn’t bother me at all, but there are a few sidequests that are veeeeeeery grindy. Obviously they’re extremely optional and I would imagine they are intended to be completed over multiple parts as the rest of the parts are released, but for now the only way to get maximum rewards is to go out of your way to grind those specific sidequests for in some cases hours. Normally I would find this more annoying but 1) they are completely optional and 2) they definitely do seem like they’ll fit more naturally as development continues to expand.

Between the new gameplay commands, new bosses, mercenary, and epic choice systems, there’s a lot to explore and experience here. For “part 1″ there’s a surprising amount of polish and there’s a VERY solid base to build off here in terms of new story, new dungeons, and new bosses. As I was playing I was consistently thinking things like “next time I play I’ll try a different choice or a different mercenary” which is a great sign that I was enjoying myself. Very fun hack!