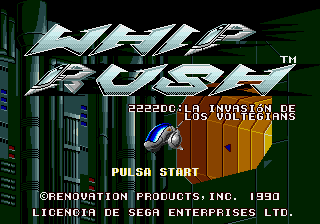 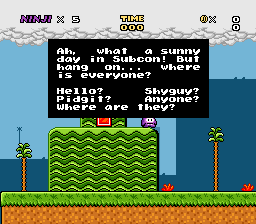 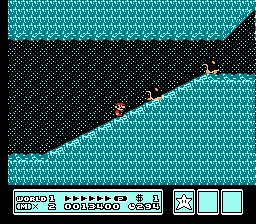 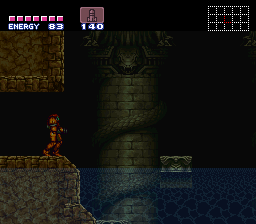 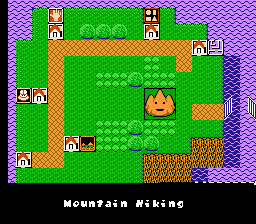 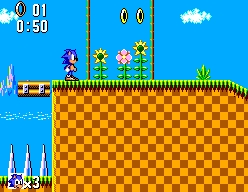 This is a level hack made using the Stake Level editor.

Every level in the game has been changed to some extent, both platform and enemy placement as well as the level palettes for each stage.

There has also been some tweaks to the sprites for the axe, big heart, and the zombie. Simon’s sprite has been completely changed from the original.

The difficulty is mostly the same as the original if not a little easier, although there are some more difficult sections such as the medusa heads in stage 2 or the area before Death in level 5.

Fun, but not pretty

Castlevania Empathy is a visually interesting hack - so interesting that it might take some time to get used to the green sky, blue hearts, and doors that change color as you open them. But moving past the appearance of the hack, it’s quite well-designed overall - in some cases, perhaps even better designed than the original.

The game starts out with 5 lives and 0 hearts, and the latter change works well to force players to struggle with limited resources and, along with the 10-heart cost for the stopwatch, prevents the heart-inflation that plagued original castlevania. Twists to the level design made some challenges much easier (for instance, the ceiling traps in stage 2, or the bridge at the start of stage 6), others much harder - frequent pitfalls eat away at those five lives. And several changes simply created refreshing surprises, such as Death’s descent from the other side of the screen.

It was generally the smaller changes that worked best, such as a high wall that must be broken at the top to climb over it in the middle of the game, or resources hidden in different walls. But some of the most sweeping changes, such as the extensive spiraling stairs in stage 5, breathe new life into the game. Other times, these changes seem better in concept than execution; for instance, the stairway at the opening screen of 6-2 takes Simon down halfway into the wall; the player can simply jump over and over inside the wall to skip through the screen (a pity, since the intended path above was well-designed).

Overall, Empathy is a very imaginative hack that deserves revision. Making a critical runthrough and checking little problems for revision would provide much-needed polish. But most importantly, the colors should be redone. Level 5 was probably best with its modest grey-and-brown theme; but many platforms throughout the rest of the game blended in with the background. And the moon in stage 6 would have been brilliantly placed in the center of the final room, if only it hadn’t been darker than the surrounding (green) sky. Ultimately it is the sky that is the most jarring; if a blue sky seems overdone, then yellow, orange, red, or violet are all excellent colors for the sky (or, better, a sky that shifts from yellow to red to violet as the levels progress.

So would I recommend this hack? Yes, to die-hard fans like myself who appreciate innovative twists on a much-loved game. Yes also to gamers with deficits in their color vision. To everyone else, Empathy is better skipped until it gets some revision.