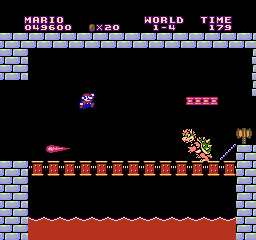 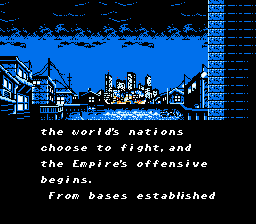 Story: A mysterious sorcerer has harnessed magical powers stronger than even the gods. He has taken over Olympus and it’s up to Kratos to save them!!!

The possibilities are almost endless with the things you can do with an incredible idea as this. But sadly, there are many things that hold this rom hack back from being really good.

Let’s start with positives though. The custom graphics are really cool looking, giving you the greek/roman fantasy look and feel (Though some sprites are ripped from other games like Zelda 2).

Another positive would be the idea itself. God of War nes game that plays and feels like an NES game is really cool and when you start the game, it does give you that cool experience…until you run into these game breaking issues.

But the biggest complaint of them all comes in the form of the games level design, or should I say lack there of. Just because it is a Castlevania hack, that doesn’t mean you should just spam the same 4 annoying enemies in almost every room in a lot of these levels. It is virtually impossible not to die a million times in each level before you pass it.

Another complaint would be the jumping. As we all know, jumping in the Castlevania of old was never good. But now the creators of this rom hack felt it necessary for almost every jump in the game to be a leap of faith. You have to be at the very edge, and I mean the VERY edge of blocks to even make most of these criminally insane jumps.

Yet another problem would be the enemy placement. I understand that it’s supposed to be challenging, but spamming 3 or more pillars in the same room is not a fair, or for that matter fun challenge. It comes across cheap and relentless. Or here’s another example. On stage 3, the second room enemy is literally unavoidable because you are on the stairs and the second, and I mean the very second you enter the room, the bone throwing enemy hits you without warning and you can’t do anything to avoid it. It’s not only a dumb challenge, but it is also unfair and just terrible level design.

I believe in a good, hardy challenge. But think more and be creative with the levels in this rom hack. Most of the “leap of faith” jumps are literally the same distance away from each other and spamming the same enemies over and over again relentlessly is just simply put, lazy.

I had great faith when I downloaded this rom hack and saw the potential of a Greek/Roman style Castlevania in the vein of God of War but was sadly faced with these game breaking issues.

I really hope the creator of this rom hack improves this hack and changes the level design and the enemy placement a bit more as an update. It would truly improve the rom hack a lot more.

Overall, I wouldn’t recommend this rom hack, not even for seasoned Castlevania veterans like me (Unless you are really a gluttony for punishment) because it’s not a fair or at least fun challenge whatsoever. It’s just another lazy rom hack, but with a nice twist that sadly doesn’t hold it up too well. I have strong faith in the creator that he/she will improve upon this rom hack because it has a lot of potential to be truly awesome.