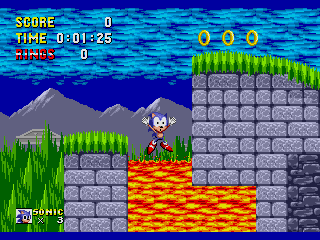 Bear in mind, this is coming from a reviewer who’s only played the FF2 half of this.

Alright, so Final Fantasy II for the NES isn’t the most comfortable romp on the system. Too many things required grinding, and even with the cancel glitch leveling up weapon and magic proficiency took WAY longer than it had any right to. Played straight, no cancel glitch, FF2 for NES (and by extension, the PSX and WonderSwan versions) could potentially eat up an upwards of 50-hrs. of your life.

With this patch, FF2 took me a little more than 20 hours to beat. Granted, I had finished the NES version shortly before, and I used online maps to navigate some of the later dungeons, but stat-leveling comes at a MUCH more natural pace than before. No longer are you required to beat your party half to death for them to gain HP; the requirements for Vitality gains are lenient enough to where just being targeted by an enemy gives a character the chance of increasing their max HP. Additionally, spell level-ups are a lot quicker this time around, with the first level-up for a spell requiring about five casts. Really, it never felt like I needed to cast a spell 100 times just to level it up. Weapon leveling, while not as fast, still acclimate to where very little grinding is required, so long as you dedicate your characters to learning a specific weapon; given the nature of the game’s leveling system, it’s still highly impractical to have characters major in more than one weapon.

Along with beefier (but reasonably so) boss fights, I’d say this is the definitive way to play FF2, at least with its eccentric experience system intact. If nothing else, it’s one way to play it with your sanity and time intact.